In 2011 my attention span left the building. I lost interest in anything slower than a barreling freight train, and my enjoyment of the funereal frittered out. I didn't dig much in the way of doom, and sludge just didn’t move me like it used to. My tolerance of inexpert clean vocals completely evaporated. I realized this year that I'd rather wear a gas mask than appreciate “atmosphere.” Give me riffs or give me death. But really, just give me death metal.

9. Vader – Welcome To The Morbid Reich

Welcome to the Morbid Reich is a call to war, a crushing clarion call of death metal might.  Vader have always been consistent purveyors of quality obliteration, but this album is their best work in many years.  Needless to say, the music is chock full of a vicious guitar work, molded into clever metal munitions and sharpened into gleaming hooks.  Piotr Wiwczarek’s vocals are conveyed with a commanding charisma.  Lace up your boots and join the ass-kicking.  “Hold the black banners high.”

Beneath the lyrical parody and titular homage lies an incredible ode to American death metal.  If you decide to pass on the Corpse's schtick, the joke's on you; the band annihilate and surpass the vast majority of death metal in this day and age.  These guys make it seem unbelievably easy, ripping out a barrage of riffs that are scrumptiously munchable and massively memorable.  Actual appreciation of the chron not required.

Dirge satisfied my compulsion for primitive, punitive pounding in 2011.  There isn't an ounce of fat on this superlative, grinding ball of violence.  The brilliant lyrics, absurd vocals, righteous riffs and apeshit drumming all beg the listener to join in the melée.  Don't be afraid to dance; Arif will show you how.  But be careful, your “Butt Krieg Is Showing.”

Behold the glorious sound of Mikael Åkerfeldt not giving a fuck what you think.  To me, Heritage is Opeth’s most vital and gripping album since Still Life, made ascendant by the band leader’s newfound freedom.  Over the years I’ve developed an enduring distaste for prog as “prog.” Heritage is doubly incredible for its rocking transcendence of the genre that inspired it.  The album is full of ideas that inspire, appease and amaze my ears, even when speaking from a pit of melancholy.  Mr. Åkerfeldt tossed Opeth’s jigsaw in the air and the pieces have fallen to earth as a complete, fully formed and peerless new puzzle.

4. Obsequiae – Suspended in the Brume of Eos

No album in 2011 went down quite as smooth as this.  Drawn like a draught of unfettered  melodic-death mastery, Suspended in the Brume of Eos is immediately and immensely intoxicating.  Riffs are summoned from some supernatural well of power, streaming in a faultless flow of hydroacoustic amazement.  Performed with fist-pumping immediacy, the album is rhythmically entrancing and perfectly produced. This, my friends, is what I live for.  If you dream of Dissection or pine for early Opeth, then you must own this album.  Let Obsequiae get medieval on your ass.

Stained Glass Revelations is distinctive, haunting and otherworldly.  Negative Plane conjure a palpable sense of menace, conveyed through reverbed sheets of undulating melody.  Although drenched in the stench of a subterranean crypt, Stained Glass Revelations is incredibly uplifting.  The barely controlled, proto-thrash delivery and preposterous rhythmic performance give the album a ripping, raucous air.  I haven’t grown the least bit tired of Negative Plane’s chaotic ministrations.  I would, however, hesitate to turn my back on this beast of an album; it’s alive with exigency.

Diotima represents album as solace, fortress and sonic force-field.  The band's hyperactive orchestrations have been a constant companion this year, blocking out the wretched din of humanity and providing endless hours of fascination.  This multifaceted edifice offers numerous objects of admiration, from swirling guitar hallucinations to unearthly rhythmic mastery to relentless tonal riptides.  Diotima's intricate calculus may not appease all ears, but it's essential to mine.

1. Flourishing – The Sum Of All Fossils

The Sum Of All Fossils delivers wall to wall catharsis.  I've spent inordinate amounts of time with this album, raging in its cacophonous cocoon and surrendering to its ebullient delirium.  The Sum of All Fossils reminds me of a time when I was blissfully unaware of metal’s “rules,” when all that mattered was music's ability to satiate the appetite for destruction. Grinding, blasting and churning with explosive rhythmic ardor, Flourishing mix utter originality with preternatural riffs and concise songwriting.  The radiant melodic undercurrents seal the deal. Don't miss out on this monumental, transcendent musical paroxysm. 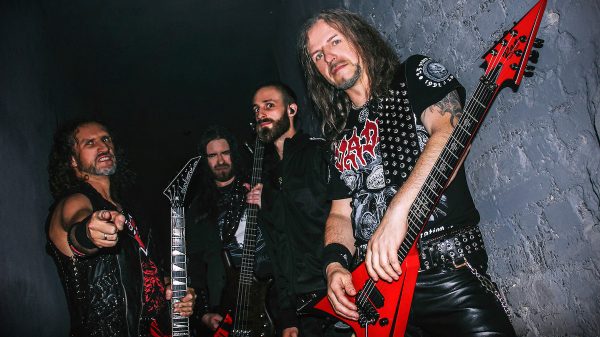