In “The Haunter of the Dark,” H. P. Lovecraft describes a man transfixed by a decrepit, abandoned church.  “Desolation and decay hung like a pall above the place, and in the birdless eaves and black, ivyless walls” this man “ felt a touch of the dimly sinister beyond his power to define.”  Stained Glass Revelations sounds like it was conceived and recorded in the grim bowels of that eldritch building.

Spectral melodies reverberate from vaulted ceilings, bearing little resemblance to any earthly intonation.  Inhuman vocals emanate from the wrecked, wretched pulpit, narrating arcane rituals of awakening.  Tolling bells, haunting organs and hypnotizing piano passages contribute to the brooding and tenebrous atmosphere.  Negative Plane have summoned a monstrously compelling and unique album, calling forth a beastly presence from “black gulfs of chaos.”  Like the man in said story, we cannot resist the terrible lure of this otherworldly edifice; we must find a way to enter its walls.

The guitar work on Stained Glass Revelations is a clinic in barely controlled chaos.  Tendrils of melody assault and entangle you.  We're talking about riffs that could have fallen, fully formed, from the addled mind of a young Dave Mustaine (think “Looking Down the Cross.”)  At the same time, these compositions possess the majestic and sinister dynamics of Mercyful Fate tunes.  Riffs range up and down the guitar neck in a pandemonium of bemusing euphony.  Every sinuous, twisted melody here is memorable;  I regularly find these riffs undulating in the interstices of my mind.

Stained Glass Revelations could have easily collapsed under the weight of the frenzied, mercurial guitars.  Although the riffs show little interest in adhering to any known meter, the drummer has managed to skillfully corral this music into a sensible rhythmic package.  His performance is so brilliant, in fact, that the daedal compositions positively swing, often with a thrashy precision.  The cavernous, reverbed production emphasizes the album's archaic aesthetic.  In my mind, Stained Glass Revelations sounds like it could not have been recorded any later than 1983.  Perfect.

One of the album's more curious features are the vocals.  Mordant, rasping enunciations are delivered in an almost spoken-word fashion.   Lyrics are pronounced with a slow, languorous malignity. The vocal delivery serves to accentuate some of the album's rhythmic peculiarity.  I can imagine this approach might be off-putting to some, but I think it's a perfect vessel for the abstruse sermons Stained Glass Revelations presents.  The lyrics discuss all manner of eschatological perversion, focusing on biblical bastardizations and horrors.

As for the man in “The Haunter of the Dark,” he did in fact enter the desolate church.  Once inside, he discovered a strange, transparent, carved stone, into which he could not help but gaze.  The shining trapezohedron drew the man's mind in, forcing him to witness alien visions.  “He felt entangled with something – something which was not in the stone, but which had looked through it at him – something which would ceaselessly follow him with a cognition that was not physical sight.”  Stained Glass Revelations achieves a similar grasp of your consciousness;  these exuberant, irresistible musical paroxysms will linger long in memory.

Stained Glass Revelations is out now via The Ajna Offensive and Invictus Productions.  You can stream it below:

“Before he realised it, he was looking at the stone again, and letting its curious influence call up a nebulous pageantry in his mind.  He saw processions of robed, hooded figures whose outlines were not human, and looked on endless leagues of desert lined with carved, sky-reaching monoliths.  He saw towers and walls in nighted depths of the sea, and vortices of space where wisps of black mist floated before thin shimmerings of cold purple haze.  And beyond all else he glimpsed an infinite gulf of darkness, where solid and semi-solid forms were known only by their windy stirrings, and cloudy patterns of force seemed to superimpose order on chaos and hold forth a key to all the paradoxes and arcana of the worlds we know.”
-”The Haunter of the Dark”, H. P. Lovecraft, 1935 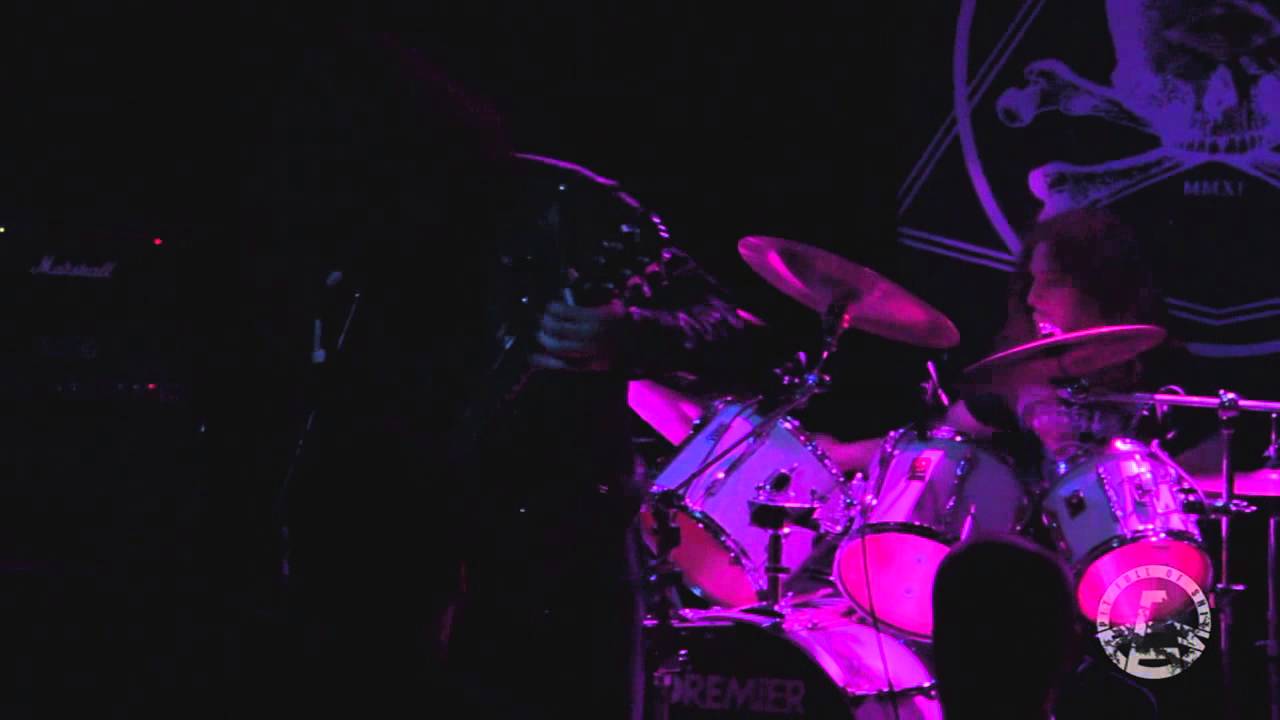 In 2011 my attention span left the building. I lost interest in anything slower than a barreling freight train, and my enjoyment of the...