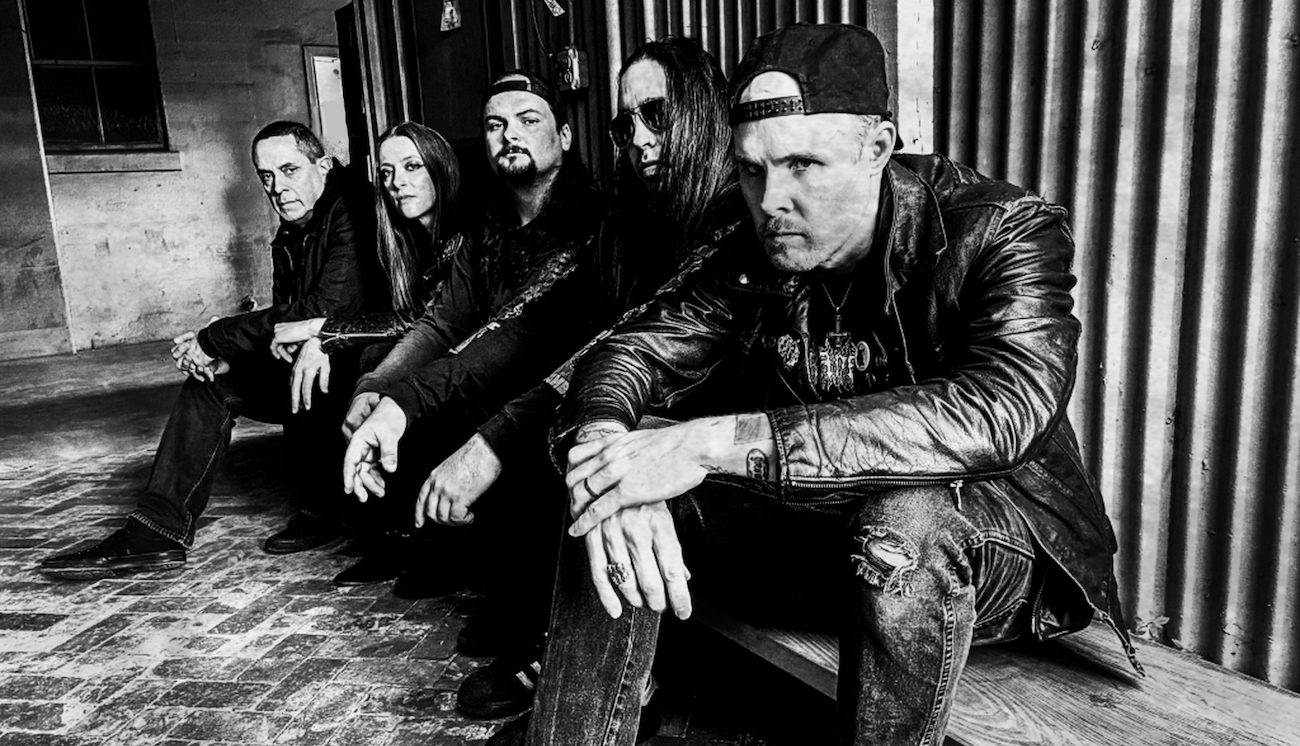 Acephalix is back with their first record in five years Theothanatology, and a crushing new single called "Abyssal." It's not too often we hear from Acephalix, with the band having put out four records in 12 years, but when we do they always deliver. Pre-orders for Theothanatology are available here.

If there's ever been a melodic death metal song that sounds like it's bringing with it the chills of winter, it's "Herald Of Aegir" by Brymir. Seriously, maybe go grab a jacket with a hood before hitting play on this one. Brymir will release their new record Voices In The Sky on August 26, and pre-orders are available here.

Castrator is here with the follow-up to their 2015 EP No Victim, and debut full length album, Defiled In Oblivion. And if you're not familiar with the crushing vocals of Clarissa Badini, you better prepare yourself. Defiled In Oblivion was released last Friday and you can grab a copy here.

If you're looking for a band that walks in the footsteps of Candlemass, Witchfinder General, and Pentagram, then you're going to love Early Moods. Doom riffs abound alongside hooky vocals in their newest single "Live To Suffer," making for an irresistibly downtrodden track. Pre-order their self-titled debut album here.

End and Cult Leader have teamed up for a devastating new split Gather & Mourn due out September 9. You can check out new songs from the bands below, both of which will rip your spine out and beat you to death with it. The split features artwork from Converge's Jacob Bannon, and is available for pre-order here.

Escuela Grind will release their brand new album Memory Theater on September 30 and pre-orders are available here. As for the new single "Cliffhanger," it'll tear your entire spine out and then beat some other poor bastard to death with it. Escuela Grind is simply not fucking around.

Gematria is the band featuring Ray Suhy (Six Feet Under, ex-Cannabis Corpse, ex-East Of The Wall) and Steve Honoshowsky (Daughter Vision, No Use For Humans). The duo will prog it up on their new album Gematria II: The Spindle Of Necessity, and you can check out "Unconquered Sun" below. Pre-orders are available here.

Greber is here to do one thing, and it's throw aural punches. The band is now streaming their new single "Into Silence" alongside a new video directed by Torin Langen, both of which are as fantastic as they are disorienting. "Into Silence" is off Fright Without due out this September. Grab a pre-order from the band here.

Gospelheim sits somewhere between gothic rock and doom metal, and clearly soaks in the darkness of both. Enjoy the bummer vibes of "Praise Be" below and pre-order Gospelheim's upcoming record Ritual & Repetition here before its October 21 release date here.

Indian Handcrafts release their new record Empress In Decline on July 22, which was produced by frequent Melvins collaborator Toshi Kasai. So that probably explains why "Criminal" is a whole mess of filthy-as-hell riffs. Stream the single below and grab a copy of Empress In Decline here.

Lost In Kiev is now streaming their beautifully post-rock new single "Solastalgia" off their coming record Rupture. The song maintains an aura of melancholy throughout, almost as if it was meant to be set to a particularly somber scene. If you've got headphones, it certainly feels suited for that. Rupture is available for pre-order here.

Mammoth Volume is back with their first new album in over 20 years and is now streaming the completely outlandish, slightly unsettling "Diablo IV." It's like Boss Keloid and King Crimson got into a fight with the modern sludge scene. Mammoth Volume will release their new record The Cursed Who Perform The Larvagod Rites on August 19. Pre-orders are available here.

The Mendenhall Experiment – "Pulse Of The Lost"

The Mendenhall Experiment is now streaming their new single "Pulse Of The Lost." The single features Suicide Silence guitarist Chris Garza and serves as the introduction of the project's new vocalist Alyce Hayes. The project will release their new EP Against All Odds this fall.

Noctem is here to blast you right into oblivion with their new single "We Are Omega." The single is a nonstop onslaught of fiery blasts and throat-shredding screams, perfect for the summertime. Noctem will release Credo Certe Ne Cras (I Believe With Certainty That There is No Tomorrow) on October 28. Pre-orders are available here.

Orthodox is now streaming their new single "Cave In." From its angular groves and resulting breakdown, to the minimal approach to guitar melodies and riffs, it's an interesting take on the new wave of nü-metal inspired grooves of today. Orthodox will release Learning To Dissolve on August 19. Pre-orders are available here.

Red Rot is the new band featuring former Ephel Duath members Davide Tiso and Luciano George Lorusso alongside Dawn of Ouroboros bassist Ian Baker and Botanist drummer Ron Bertrand. Check out their new single "Near Disaster" off their coming record Mal de vivre due out August 26 below, and pre-order it here.

Slugcrust – "Drag Me To Agony"

How has nobody claimed the name Slugcrust yet? I mean, it's not the most obvious name to pick, but it's also a really good name that someone should've come up with by now. Anyway, here's Slugcrust. They're gonna destroy you. Pre-order their new record Ecocide here.

Somnuri recently signed with MNRK Heavy and is now streaming their new single "Coils." There's no new record behind it just yet; but with a single this good, who cares? Check out the spacey-meets-crushing sounds of Somnuri below (alongside a slightly unsettling video) and grab "Coils" here.

Sumerlands will release their first new album since 2016 Dreamkiller, and is now streaming the throwback title track. If you're in the mood for some classic heavy metal with an instrumental break inspired by Elton John, then "Dreamkiller" is for you. Pre-orders for Dreamkiller are available here.

Thotcrime is now streaming "Rejection Sensitivity Dysphoria" off their coming record D1G1T4L_DR1FT. The single sounds like The Dillinger Escape Plan went to a dance party and ran into a punk band who tried to meet the latter halfway musically. D1G1T4L_DR1FT is out October 28 and pre-orders are available here.

Wailin' Storms – "In The Heart Of The Sea"

Wailin' Storms brings forth a unique combination of sludgy riffs and more straightforward atmospheric rock for a final product that just feels massive. Look no furthern than "In The Heart Of The Sea" for proof. Wailin' Storms recently released their new album The Silver Snake Unfolds, which you can grab a copy of here.