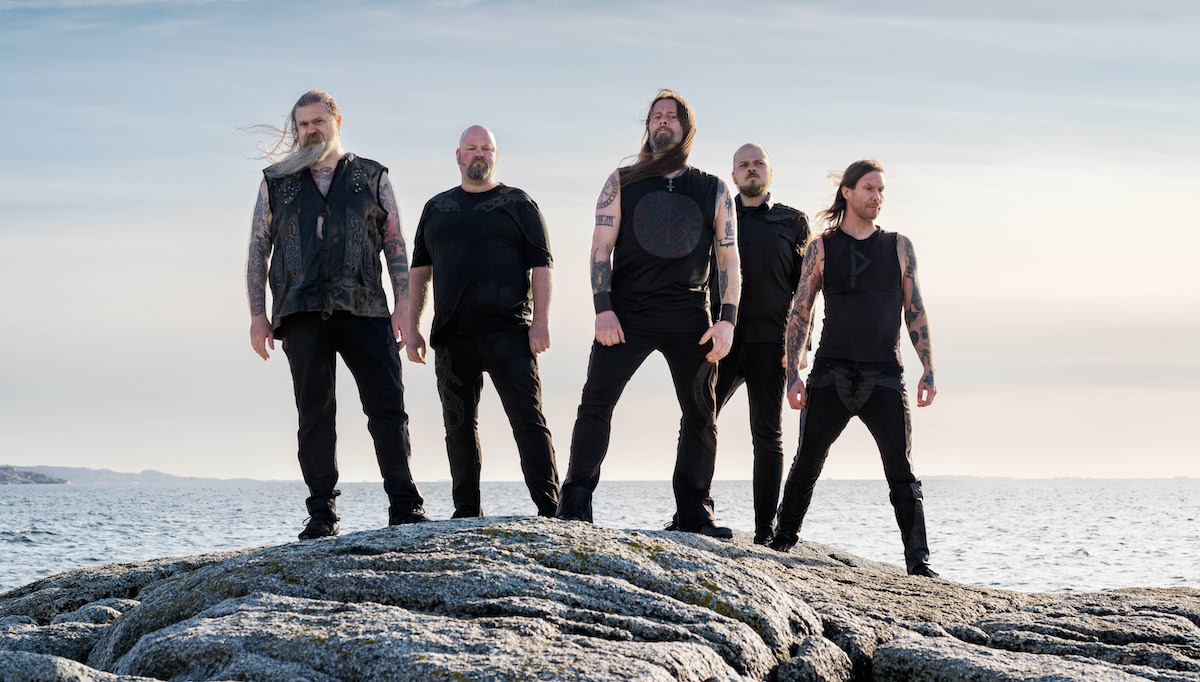 It's time for the week's top 5 office buzz-worthy tracks over at Gimme Metal!

This UK band has caused some underground fandom after appearing on a proto metal comp called Downer Rock Genocide 20 years ago, “Street” is a glimpse at a 1970 live gig of which this was the only known/released song. No studio recordings. Ungodly shrieking feedback intro gives way to some bulldozing riffage and madman barking, it’s like the rawest Sabbath-in-its-diaper-days thing you could imagine, a fucking insane roaring piece of music that grabs you by the throat and then when it’s solo time it is complete sloppy destruction plowing forth until the finale leaving your breathless.

Now, Ancient Grease has finally put this on vinyl, with two unreleased cuts from the same 1970 live gig. “Fathers Of America” and “The Worm”. The package also comes with a full photographic history and whatever bits and bobs have been garnered from this genius heavy rock band.

After an EP teaser earlier this year, Enslaved gets us ready for their March Heimdal full lengther with this fantastic new track, galloping out in a fuzz-flanked field of Norwegian folklore and busting out complex layers on top of layers of power and glory. Marius Marthinussen Søreide’s beautiful video gives great scope of man vs. nature at its most lush/violent, well reflected in Enslaved’s forcefulness. I am really looking forward to the new record.

No mere harbingers of deathcore, Distant utilizes its sonic attack with incredible sound design, sick industrial FX, flanged pinball-from-hell guitars zigzag through your head all criss-crossing a million ideas and sick vocals. Masters of electronic enhancement indeed, putting some extra swirl into a genre that can sometimes run in place, a bit akin to how Igorrr kicked black metal’s ass into surprise overdrive. Split between Holland and Slovakia, this five-piece unit crushes.

Haunting, doom-tinged post rock from Iceland, Isafjørd was birthed by Aðalbjörn Addi Tryggvason (Sólstafir) and Ragnar Zolberg (Sign/x-Pain of Salvation). Composed in a frozen house with a broken piano, the results are of course evocative of the huge landscapes of their homeland, it’s permeating darkness, but is also teeming with great, aching melodies and uplifting, glacier-moving orchestration. Hjartastaki is out December 2 on Svart.

A couple of years back Leeds UK’s Amon Acid did a killer guest spot for Gimme and are thankfully back on record with another slab of psychedelic doom, Cosmogony (Helter Skelter imprint). Originally just starting as a duo, they’ve consolidated their vision quite a bit over the last year, forming a strong template of straight-into-the-sun riffage, swaying tempos, and gradual escalating layers of freakout under strict guidance by the pilots at hand. Looking forward to the February release.