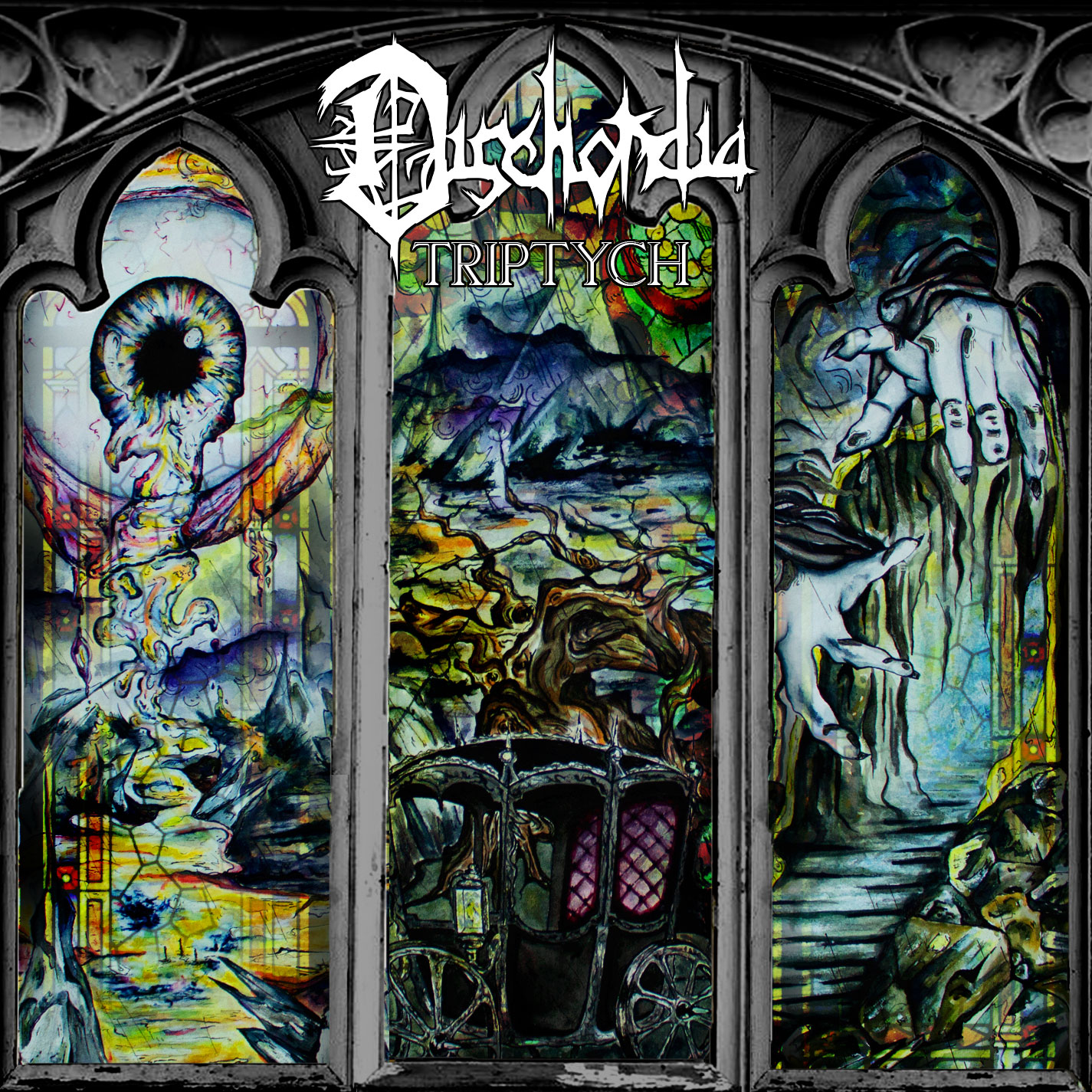 I've got a really cool premiere for you from the Oklahoma City-based dudes in Dischordia today called "Purifying Flame." The song comes from the group's upcoming 3rd full-length, Triptych. Which is set for release on April 29 through Transcending Obscurity Records.

If you're new to the group, Dischordia is a power trio named after The Dark Tower series by Stephen King which has been a personal favorite of mine for a long time now. The band has been around since 2011 and has put out five releases to date not counting their upcoming sixth effort. Their unique voice as a group is really what makes them stick out more than many of their peers, and it almost feels like over time they've added and evolved and adapted to the current landscape to where they're doing something now that no one else is really doing.

This precise desire to travel down their own path is something that "Purifying Flame" exemplifies with its bruising and venom-filled collision between technical death metal, brutal and progressive-minded death metal embellishments, mathcore spliced moments of mania, and eerie dissonant death metal. Simply put, this is one hell of a song with a lot to love from start to finish. Like any of the best bands around mixing and tinkering with how to unite these disparate areas of focus together, the band's strength lies in making it all come together organically yet still being able to continue to up the ante and surprise the listener over and over. The song and the new album Triptych as a whole get another big boost courtesy of Colin Marston (Gorguts, Krallice, Behold The Arctopus, etc.) whose mixing and mastering here helps elevate what the band has laid down into a fuller and richer sounding end product.

"'Purifying Flame' was the first song completed for Triptych," said Dischordia. "We put it together at the same time we were touring on Binge/Purge. It's both a great continuation and hard left from the last release that was 25 minutes and 2 songs. This song is a real kick in the teeth, and we can't wait for everyone to hear the rest of this album soon."

If you like what you're hearing below you can pre-order Triptych starting this Friday. Having heard the full album early and already a fan of the band, I can tell you for a fact this is a damn good album you'll want to get your hands on. You can also follow the band over on the Dischordia Facebook Page.

In this article: Dischordia

Progressive death metal trio Dischordia are on the cusp of releasing a new full-length entitled Thanatopsis. And we've got a full early stream of...