Tech-Death Tuesday: Crumble Under The Weight Of INVIDIOSUS’s “Thousand-Eye Stare”

Minneapolis/St. Paul, Minnesota natives Invidiosus and I go way back, I’ve been covering these guys since 2014 when their former bassist Todd Farnham (He also plays in the killer black/death group Amiensus) hit me up about maybe doing an early premiere for their current year new album, Malignant Universe. After checking out their music I was hooked, and have been a big fan of them ever since. In keeping with that tradition, I’m excited to help Invidiosus premiere a ripping new single today called “Thousand-Eye Stare”.

For those new to the band, they play an eclectic mix of death metal and grind with a punk touch paired with frequent technical death metal focused parts. They usually alter the mixture between the two sides of their sound a lot per song and per release. So while not all of their music is tech-death, it’s always been a part of their sound and it’s definitely a big part of the song we’re premiering today, “Thousand-Eye Stare”.

The song is an early single to hype up their upcoming South American Tour which kicks off very soon and also in order to drop something early prior to the album it’s on coming out in 2019. The killer cover art for the single by Mark Cooper really sucks you in from the get go and is a good visual forewarning that a frenetic and chaotic blast of death metal awaits those who hit play below.

This is a scorcher of a track right from the get-go, "Thousand-Eye Stare" packs in as much rage and shred as possible in a short timeframe yet remains lively and quirky enough to stick out from the pack. The guest solo from Retortion Terror, ex-Gridlink guitar legend Takafumi Matsubara is a nice extra touch on top of an already killer song. As an added bonus, the band also recorded a Motörhead song as a cover to go with this single launch which plays as track two after "Thousand-Eye Stare" ends.

So be sure to check out Invidiosus – “Thousand-Eye Stare” below, and maybe purchase it through its single page on Bandcamp or check out their prior releases through the full Invidiosus Bandcamp page. You can follow the group over on the Invidiosus Facebook Page.

Tech-Death Tuesday: INVIDIOSUS Carve A Grim Path On Guided Towards the Inevitable 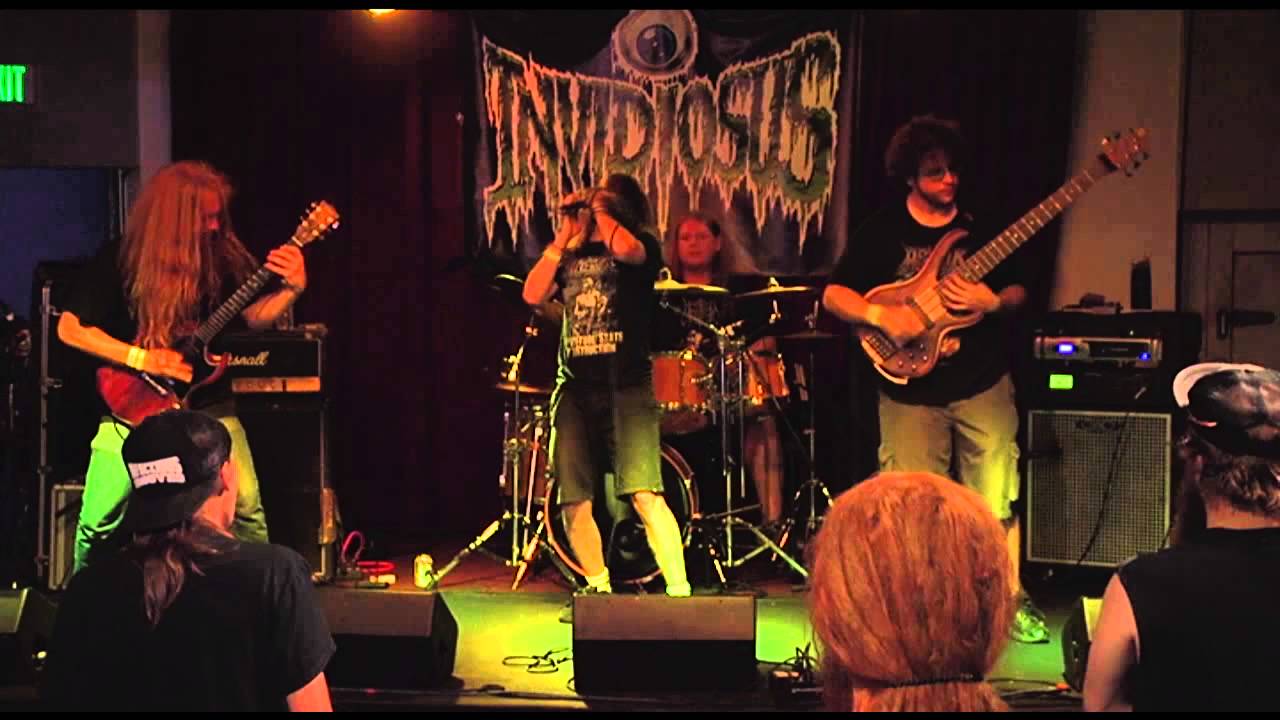