Funeral Doom Friday: New Music From MAJESTIC DOWNFALL, APHONIC THRENODY, and GRAVKVADE
Get to know this Oakland quartet and their highly anticipated sophomore album ahead of its January 15th release!

It’s the weekend! What better way to get it started than with the first installment of “Funeral Doom Fridays” of 2016. This weekly column looks to shed some light onto some of the darkest, most depressing, and discordant metal out there. Funeral Doom stems from the deepest depths of death-doom and dirge music. Each week, my goal is to highlight some of the newest music or rediscover classic works from some of the earliest bands and originators such as Australia’s Mournful Congregation, United States’s Evoken, UK’s  Esoteric and the Finnish Thergothon. Feel free to share your opinions and suggestions in the comments!

During tumultuous and unstable times, it could seem like things may never work out for the best. For Oakland's Lycus, that was nearly the case in 2008. Initially founded in Sacramento that fall, the group was known as one of the few doom metal bands within the capital city, but having a revolving door of members and other issues caused an unfortunate cessation of the band. Determined to keep playing, Lycus's originating members, Trevor DeSchryver and Jackson Heath, relocated and rediscovered the band. In the next five years they released Demo MMXI and their wildly acclaimed full-length debut, Tempest.

January 15th will see the release of Lycus's second full-length album entitled Chasms. This new album expands on the funeral doom sound they created with their earlier work. Adding touches of black and death metal as well as noise and unconventional darkwave and shoegaze to their dirge. The band has rubbed shoulders with the likes of Mournful Congregation, Evoken, Worship, and Agalloch over the years, and the time spent with those groups has appeared in Lycus's newest effort. Chasms totals four songs that carry on with a sprawling despair for almost 44 minutes. Every last second of it is wonderfully despondent.

Lycus consists of drummer/vocalist Trevor DeSchruyer, guitarist/vocalist Jackson Heath, bassist Bret Tardiff, and guitarist Dylan Burton, all of which are operating at the highest level for the first great doom album of 2016. Chasms was recorded in the Atomic Garden in Palo Alto, California with Jack Shirley, who is responsible for the engineering, mixing and mastering the album. It also features magnificent artwork from the unparalleled Paolo Girardi and a cellist feature from Jackie Perez Gratz. Each song is an homage to aching depression, finding beauty within sorrow, and acceptance of death as an escape.

The tone for Chasms is set early on with "Solar Chamber". The opening track is teeming with rolling drum patterns that break into black/death metal blast beats around the four-minute mark. The diverse drums are juxtaposed against soaring guitars. The dual vocals composed of Heath's somber hymn-like vocals and DeSchruyer's guttural growls rain over the instruments with a pained sullenness. This tone remains constant throughout the album. The aforementioned cello is slowly weaved throughout the title track and laced in the album's shortest and heaviest track, "Mirage". Gratz's cello eventually finds its way into the goliath that is the album's final track, "Obsidian Eyes", tying the album together into one giant threnody.

Chasms is gloriously mournful as a musical piece and astute in its creation of a funerary atmosphere. The inclusion of the somber cello adds a beautiful, emotive touch to the Lycus's second full-length lament.  They continue to progress as musicians now that they have locked down a complete lineup and they are cunning enough to channel fellow doom visionaries like Esoteric, Asunder, and Thergothon without trying to imitate or replicate what their predecessors have done. Their ability to siphon inspiration without draining off creativity exemplifies the artistic brilliance necessary to make a great band. Ultimately, Chasms kicks off doom's 2016 campaign with a blast of hopelessness and sets Lycus up as a force to be reckoned with in doom metal for years ahead.

You can pre-order your copy of Chasms here. The album officially comes out on January 15th through Relapse Records.

In this article: lycus 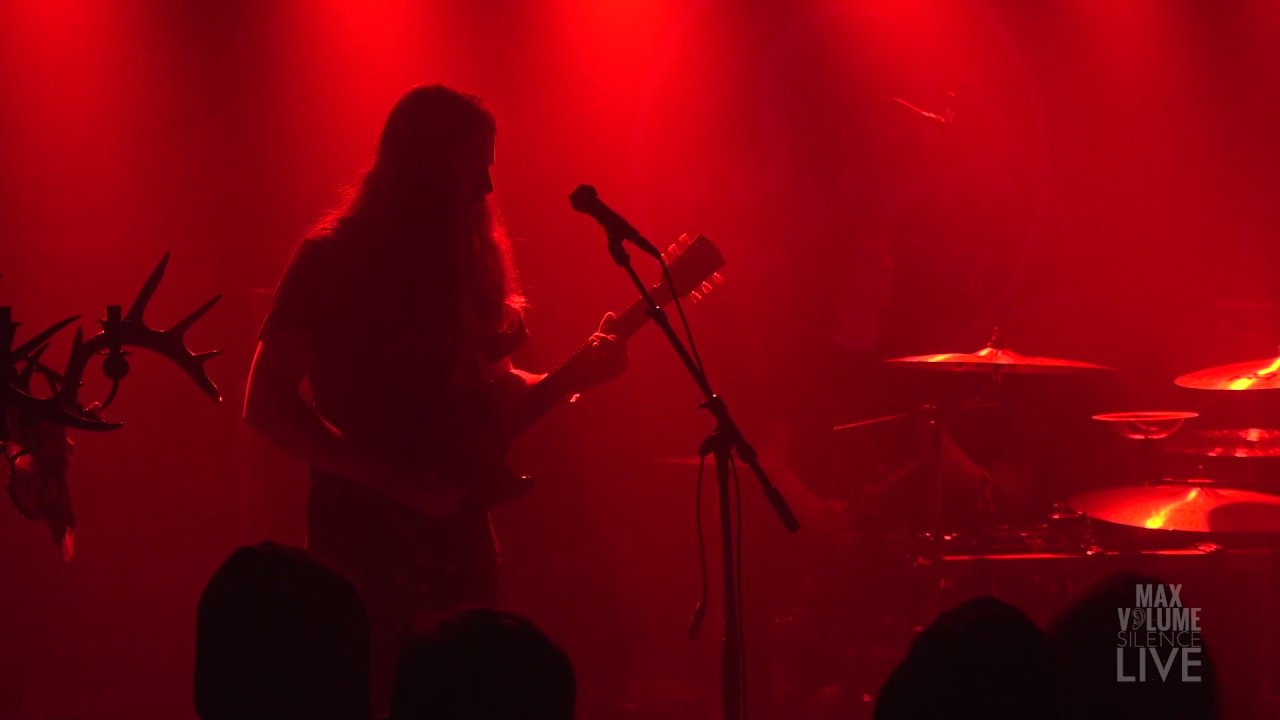 In this year's final installment, let's take a look back at the very best that 2016 had to offer!

THE WEEKLY INJECTION: New Releases From LYCUS, WITCHCRAFT, THE SHRINE and More Out Today – 1/15

The Weekly Injection welcomes you to 2016…two weeks in. Anyway, this first of the new year edition includes weird prog, death metal, doom, and...