Æpoch is a Canadian group I’ve covered in this space before, and when I covered their prior release,  Æpochalypse, here in 2016, it was in a dual review alongside Blame who hails from Kiev, Ukraine.

Just a few months ago, Blame dropped their new follow up, Almanac and now we arrive at the new release from Æpoch soon after. Both groups are shining examples of technical death metal groups who started off with potential, then upped the ante on future efforts. Awakening Inception takes the groups strong foundation displayed on Æpochalypse and grows outwards in a multitude of ways beyond their already developed core sound. I’m very psyched to be doing an early stream of Awakening Inception for you all today ahead of its official release this Friday, April 13th. I could make a lame joke about it being a Friday the 13th release, but it’s not even needed, this album absolutely destroys everything in its path.

When covering new releases by groups I’ve covered before, I often like to go back and see what I said about them before. When I covered Æpochalypse in 2016  I said: “The bulk of this release falls more towards progressive death metal in a Death influenced kind of way mixed with more modern and technical death metal flourishes. There is an interesting blend of old school and new school ideas fused together here by standout songwriting that keeps me coming back." All of that holds true for the dynamic death metal that awaits on Awakening Inception, and I’m happy to say Æpoch has evolved quite a bit from then with an even more diverse sound and upgraded songwriting acumen this go around. There is an increased duality in the music this time between their old-school progressive death metal and modern technical death metal ideas skillfully intertwined together that makes for a winning combination packaged in a variety of different ways.

It's hard to pin down how to precisely describe Æpoch's take on technical death metal, as it often draws from so far and wide that it defies simple categorization with its frequent diversions into territory split between old and new, progressive and brutal, sublimely melodic and over-the-top shredding, and also black metal and thrash inflected at times. This is a testament to the time and care that went into the eclectic and highly developed compositions found on the record. If you want my impression of what Awakening Inception calls to mind, think Vektor and Death mixed with The Black Dahlia Murder, Gorod, Allegaeon and a pinch of Emperor black metal influence also present on some songs.

The songwriting here is incredible and really steals the show, in addition, the fretless bass work is intriguing and prominent throughout, meanwhile the group's guitar riffing "vocabulary" is quite expansive and this is a very riff focused take on the style, though the lead playing is just as impressive and varied to be clear. The vocals cover ground from scorched screams to frenzied growls and everything between, and the monstrous drumming displays proficiency in multiple styles of metal, which the band says were not recorded to a click just for the old-school natural human feeling it brings to them.

By branching out beyond typical straightforward shredding and constant blasting in favor of intricate smartly crafted songs, and pairing that with their unique old-school and modern death metal duality, Æpoch has created something noteworthy on Awakening Inception. This is an exciting and ambitious release with a lot to offer and nary a weak song in sight. If you dig what you’re hearing below, you can purchase Awakening Inception through the Æpoch Bandcamp page. You can also follow the group over on the Æpoch Facebook Page. 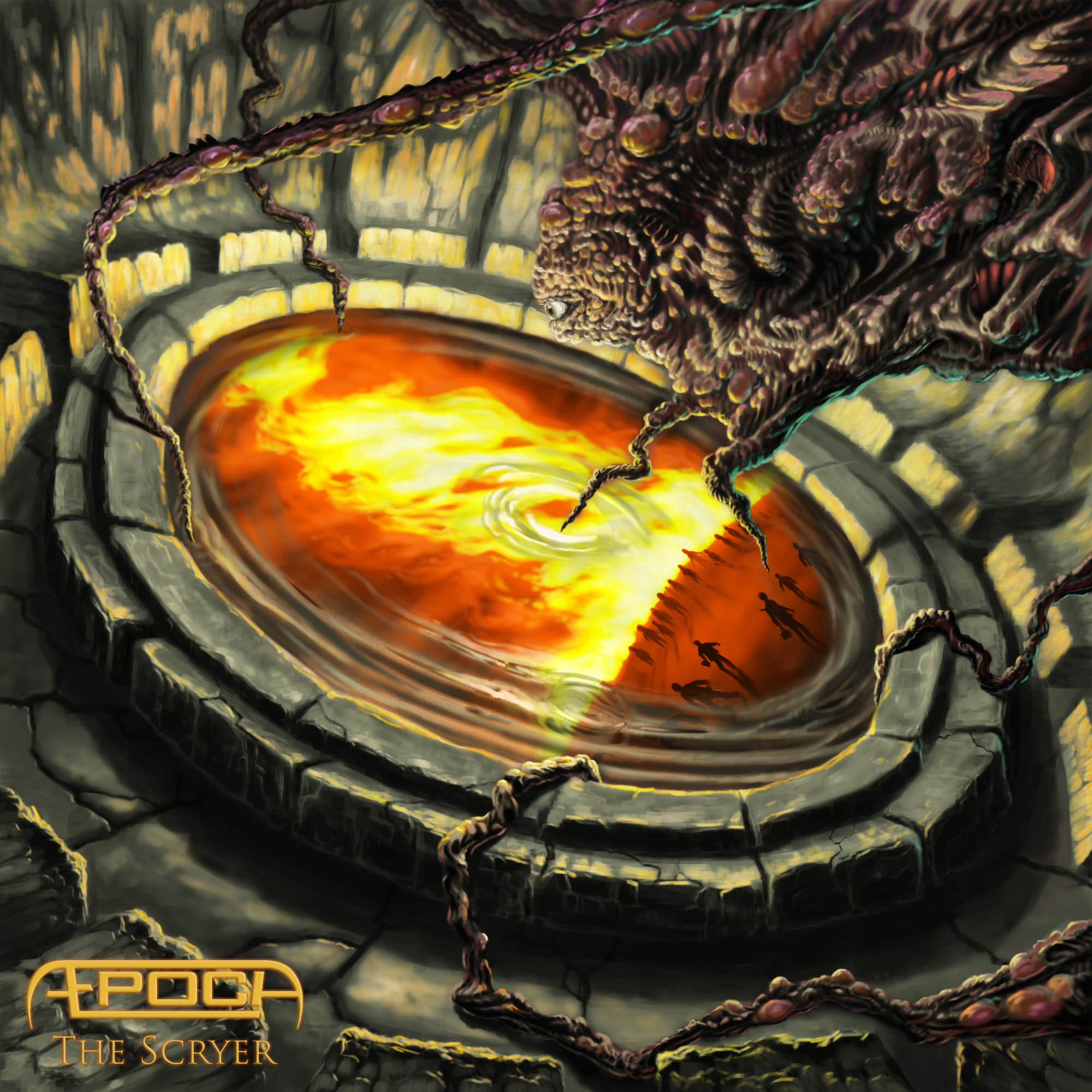 They come from the land of the ice and snow, tech death band Aepoch are finally returning with their new EP The Scryer. Two...

Tech-Death Tuesday: Start 2016 Off Right With Shredfeasts From BLAME and ÆPOCH

Now that we've entered into 2016, I'm psyched to bring you the first 2016 installment of Tech-Death Tuesday.