Space: the final frontier. These are the voyages of the black metal band, Imperialist. The California quartet follows a burgeoning trend in black metal—a shifting focus on a world beyond our atmosphere. What Imperialist does is rather interesting though. Instead of the atmospheric or ambient approach, the band adds a touch of thrash and death metal. It creates a bit of a melodic feel in the vein of early Dissection in a way. Imagine shooting The Somberlain into orbit around the moon. Still, for the Californians, their modern take on sci-fi extreme metal makes for an exciting endeavor.

Take "Splendor Beneath An Ancient Permafrost" for example. It—as well as the rest of their impending Cipher—effortlessly blends black, thrash, and death metal's tenets into a cosmic distillation of melodic aggression. Dual-layered guitars weave a complex stream of chords and riffs. Soaring melodies and tremolo picking abound, Imperialist builds from this and creates something not just nostalgic, but also wholly their own.

Vocalist/guitarist, Sergio Soto, spoke to Black Friday in a statement saying, “Several years of playing and learning different styles helped me have the capability of creating something as powerful as this record. I always knew I wanted to create a style of music that was equivalent to outer space and its phenomena. From a burning star to the omnipotence of a black hole, the songs on Cipher are journeys within themselves that will evoke emotions of desolation, dread, and darkness. It’s something that I feel has been executed with chaos and elegance.”

Check out an exclusive premiere of the music video for "Splendor Beneath An Ancient Permafrost" now. Also, find Imperialist on Facebook. Their first full-length album, Cipher, is out now on Transcending Obscurity Records.

In this article: Imperialist 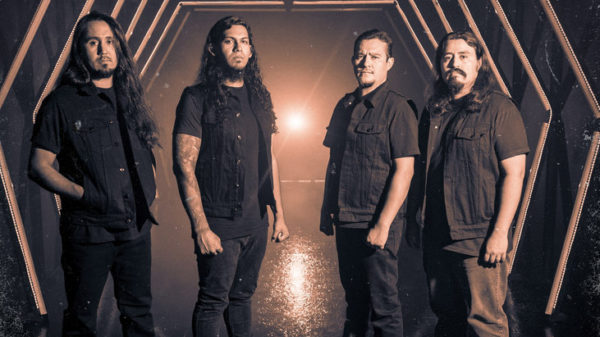 As they hurdle through the skeleton-infested cosmos.