BLACK FRIDAY: ROTTING CHRIST Speaks to Three Decades of Music, Freedom of Speech, and <em>The Heretics</em>
Read an in-depth feature with the project's mastermind, Andy Marshall, about the history of his homeland, the literature and landscapes that inspired his music, and his upcoming live show.

If Saor's new album, Forgotten Paths, teaches anything, it's to embody your passion. The primarily solo effort of Scotland's Andy Marshall, Saor's atmospheric metal blends black and folk metal with Scottish heritage, history, and music. He's dubbed it "Caledonian Metal." It's almost a singular sound at this moment. Marshall's the first prominent metal musician to blend the ethos of the Scottish Highlands into black metal. "It’s difficult explaining what my music sounds like to people who haven’t heard it before, so I came up with the term 'Caledonian Metal,'" Marshall states. "I think it describes my music perfectly! It’s basically metal with Scottish roots."

He continues on to say, "I expected to find more Scottish-themed metal bands when I started Saor but I could barely find any, and if I did they weren’t even Scottish! Maybe there are other bands out there now; I don’t know. It’s always puzzled me because we have such a rich history and epic landscapes—[they're] the perfect themes for a metal band!" 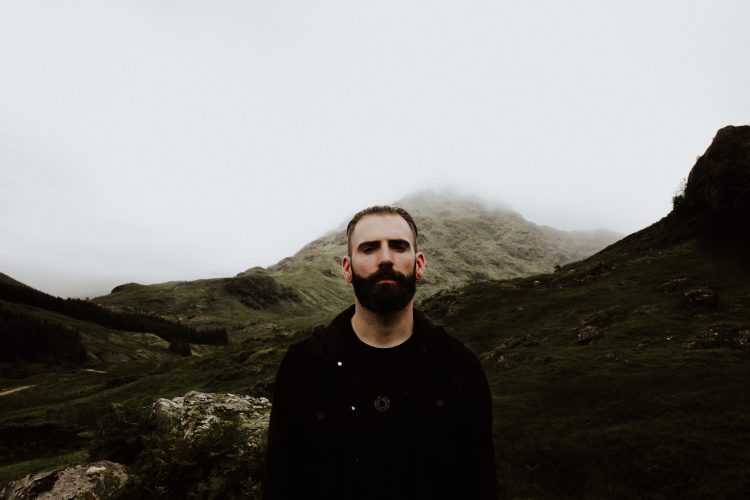 Forgotten Paths is Marshall's fourth full-length record under the Saor alias. It's also his biggest and most dynamic album. "[It's] quality over quantity. I think the three metal songs on Forgotten Paths are my best yet and I’ve always preferred shorter albums," Marshall reveals. "The production is a huge step up. I spent a lot more time tweaking sounds and making sure I was happy with everything before I sent the master to the label. In the past, I feel like I’ve rushed things and some of my earlier albums have a lot of unnecessary fillers."

While Saor's music has always been immersive and reflective of his homeland, it's hard not to agree with Marshall. Forgotten Paths is a cut above his previous output. He spent the last two years working on his latest album, playing a number of instruments and recruiting numerous guest musicians for it. He mainly plays the guitar, but he also contributes the vocals, tin whistle, and the bodhrán. In addition to these, he's been learning other folk instruments in an effort to release a folk album in the future.

Among the guest appearances is Niege of Alcest. "I’ve been a huge fan of Neige’s work for almost 15 years, so it’s a bit surreal that I got to work with him," Marshall muses. "I remember buying the first Alcest EP, Le Secret, in 2005 and thinking it sounded like Sigur Rós meets black metal."

Elsewhere, Carlos Vivas layered extra drums. Lambert Segura, who is a live member for the band, contributed violin. Additionally, Sophie Rogers and Kevin Murphy brought more vocals and bagpipes to "Bròn," respectively. These added efforts only boost what is Marshall's most concentrated and adventurous work yet.

The added elements show up almost immediately in the opening title track. Furious riffing and Marshall's tin whistle send the first few moments soaring over the hills. A personal favorite, "Bròn," combines much of the guest work into a gorgeous ensemble. It culminates in the brightest moment on the record and of Saor's discography. The music video that accompanies this song works only to heighten the images of the Highlands in the listener's head.

Marshall spends a lot of time in the Scottish Highlands on the Isle of Skye—a popular tourist spot in Scotland—where his family has a home. The rolling hills and peaceful ambiance seep into his writing. "Skye is one of my favorite places on the planet and I try to visit there as much as possible. My family's cottage is in the north of the island and isn’t very close to the main sights and attractions, so there are not many tourists in that area," Marshall describes. "I love the silence and being surrounded by breathtaking scenery. I hate the city, so it’s the ideal place to unwind and gain inspiration."

While a lot of the arrangements are influenced by the beautiful hills, his lyrics come from Scottish history and literature. "I’ve always been fascinated by the Picts and the Dark Ages. I think I’m attracted to that time period because of the mystery surrounding it and I adore the art and knotwork on their stone carvings," he reveals. "I’ve read a lot about the Picts and it seems like no one can really agree on who they were or where they came from. The evidence is pretty scarce. It’s assumed they are the descendants of the Iron Age tribes of Scotland but there are other theories out there. No one really knows if they tattooed themselves or simply painted themselves."

The notion about whether they were tattooed or they painted themselves comes from the Roman panegyrist, Eumenius who described the people as "Picti." In addition to this knowledge, Marshall also discovered an interesting fact about himself. "I recently learned that I’m a descendant of Robert the Bruce, through my grandmother's side, so that would explain why I’ve always been interested in The Scottish Wars of Independence. It’s in the blood!"

Scottish literature compounds the historical elements of Saor's lyrics. Marshall built the new album around a few poems from a couple of notable authors. He explains that “Forgotten Paths is based around three poems. The first two, 'To Exiles' and 'Nettles' are by Neil Munro. The first talks about the emptiness of the Highlands from the perspective of someone who stayed behind when many emigrated to cities and other countries. The second describes the derelict buildings and emptiness, as a result of the Highland Clearances. The third poem, “Mountain Twilight,” is by William Renton. I’m descended from Highlanders and I’m an avid hillwalker, so these poems really speak to me."

For all the greatness Saor packs into Forgotten Paths, fans in the US will be delighted to know that Marshall will be bringing his music stateside for the first time ever in an exclusive performance at Fire In The Mountains. The festival takes place in Wyoming at the base of the Grand Tetons this coming July. Marshall's excited about the trip and the performance.

"I can’t wait to play Fire in the Mountains! I think it will be a very special and memorable experience. The site of the festival looks stunning and it’s the ideal setting to hear Saor’s music in a live environment. I will take playing in the middle of a field surrounded by majestic mountains to playing piss-stained clubs in a city any day," he says. "I’d really like to try some local beers and visit some independent breweries. I’m also looking forward to catching up with some friends I’ve known for a long time online but never met in person!"

There is much to be excited for in the Saor camp at the moment. Given how massively great Forgotten Paths is combined with new upcoming adventures, 2019 shapes up to be the biggest year for Andy Marshall's passion. His love of the Highlands, history, and literature merge to make a simply wonderful piece of music and his excitement to share this love intensifies the wonder it brings. While there is still much time left, Forgotten Paths has made an early case for one of the first great records to arrive this year.

Listen to Forgotten Paths now and pick up a copy of it from Avantgarde Music. Tickets for Fire In The Mountains are available now.

In this article: SAOR 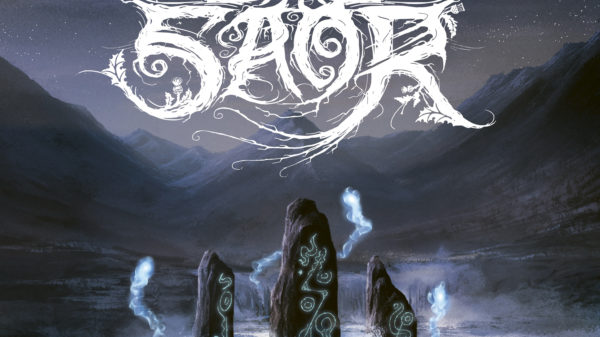 "Origins flexes more of Marshall's metal muscles while maintaining the core of his expression." 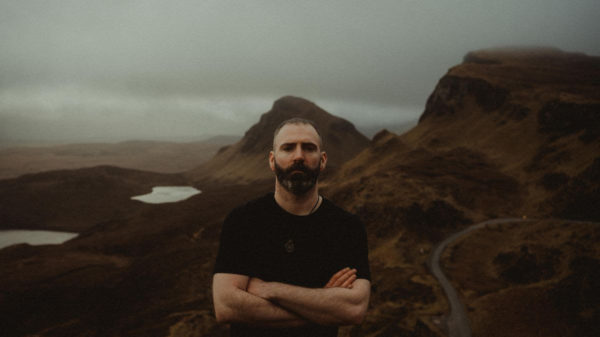 Caledonian blackened folk for the ages. 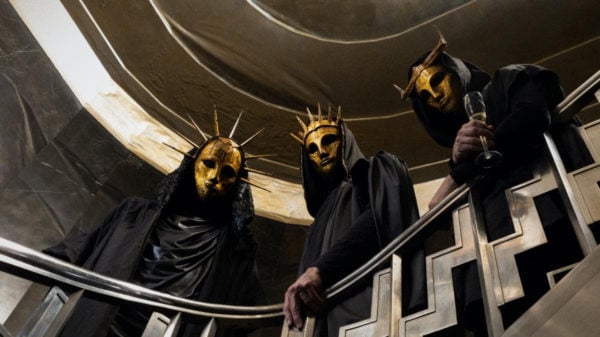 SAOR Goes Beyond The Wall With Folky, Blackened New Single