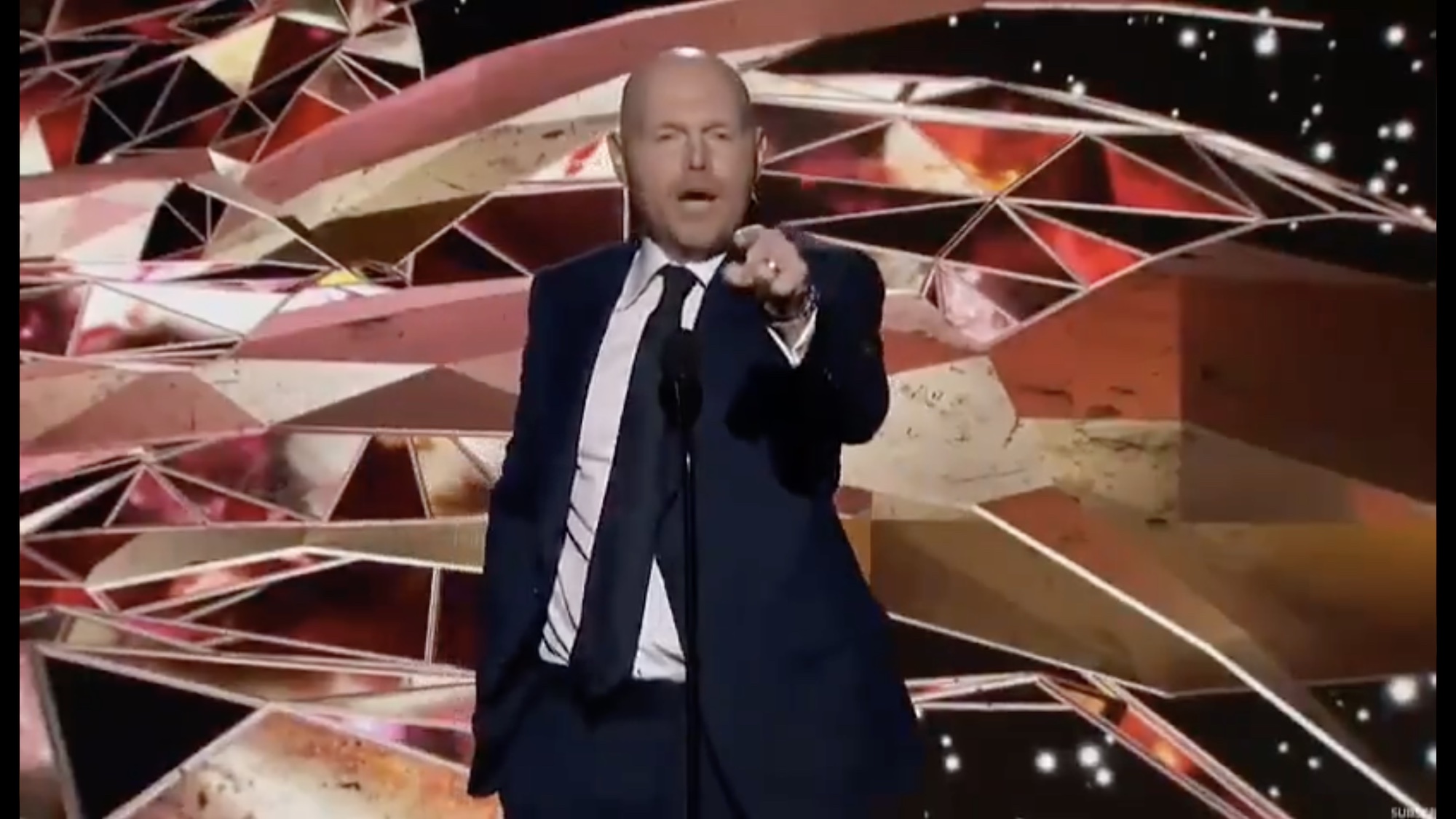 "Was I the only one who wanted to kill himself during that piano solo?" comedian Bill Burr kicked off his GRAMMY intros during the pre-show in style.

The GRAMMY Awards telecast is just getting underway as I write this, Burr, a noted metalhead, has already stolen the show. Burr was one of the presenters of the pre-televised ceremony, something he joked he wasn't aware of until he got there.

Burr joked he bought a new suit because he thought this was going to be on TV, and then joked he was hoping to run into one of his favorite rock stars, Don Dokken.

A few folks on Twitter did not seem to find Burr funny and got him trending, although the overall majority of people reacting positively to his humor.

For what it's worth, here is Bill's take on cancel culture:

Burr is an avid metalhead, and talks about drumming regularly. He attended Slayer's final concert, and previously joked he got into the band 30 years too late. Burr has publicly expressed his love of Iron Maiden, Meshuggah and The Mars Volta in the past and has even been invited to play drums with Ministry live. Burr's journey into loving metal started after hiring Mars Volta drummer David Elitch to be Burr's drum teacher. Elitch would recommend metal bands to Burr to inspire his drumming.

The Best Metal Performance GRAMMY was given out during the pre-show and awarded to Body Count. Poppy also brought some rock to the award show, by performing a new song –

In this article: Bill Burr, grammys