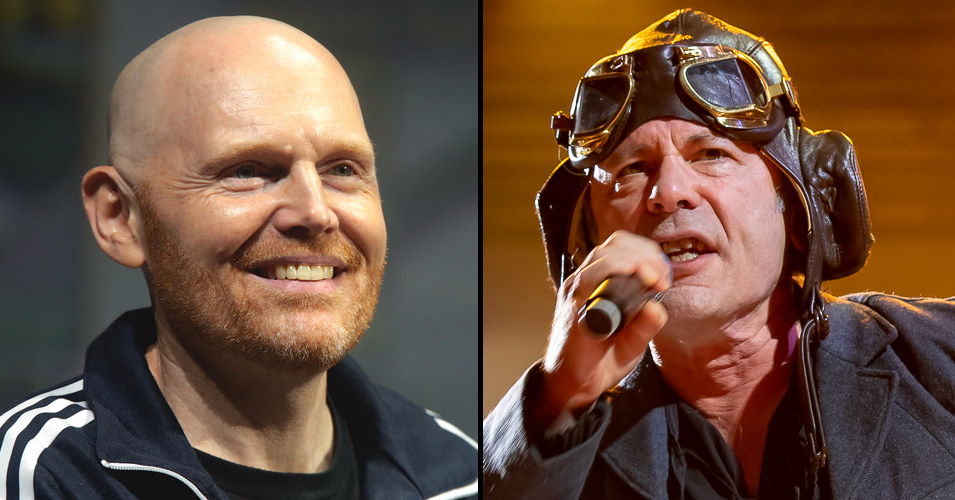 Comedian Bill Burr has made no secret of his late-in-life-love for heavy metal. The hobbyist drummer has previously joked about getting into Slayer 30 years too late, dressing as Vinnie Paul for a Pantera cover, the life-altering experience of seeing Meshuggah live and how much he loves The Mars Volta. He even takes drum lessons from Volta drummer Dave Elitch.

On the latest episode of his Monday Morning Podcast, Burr talked about seeing Iron Maiden live at their recent Los Angeles gig, and much like myself, he was totally floored at how great they were.

“I don’t think the band has ever sounded better. They absolutely fucking blew me away. Bruce Dickinson’s voice was incredible.”

He then went on to sing the praises of drummer Nicko McBrain, who Burr credits as “the reason I started playing drums.”

“You should see the guy’s drum kit. His drum kits are works of art. It looks like it’s made out of stained glass when it’s underneath the lights … Each one of his toms, [the artist] did a different motif of all the different Eddies throughout the years, all the different album covers. Despite all the albums that they have, [Nicko] seems to have just as many toms going around his kit. I can not say enough about how great the band sounded.”

“Nicko McBrain was the reason I started playing drums. I watched that ‘Live After Death‘ VHS tape a million times … I watched ‘Live After Death‘ for so fucking long that it became a catchphrase between me and all my siblings, of Bruce Dickinson saying, ‘Scream for me, Long Beach!’ When we saw them Saturday night, Bruce Dickinson was going, ‘Scream for me, Los Angeles!’ Me and [my sister] just looked at each other like, ‘Oh my god. he’s saying the thing that we watched!’ Total fanboy thing. It was fucking awesome.”

Iron Maiden are on tour now and great tickets are still available here. Burr also has some dates scheduled next month, which you can see here.

Listen to Burr's podcast below.