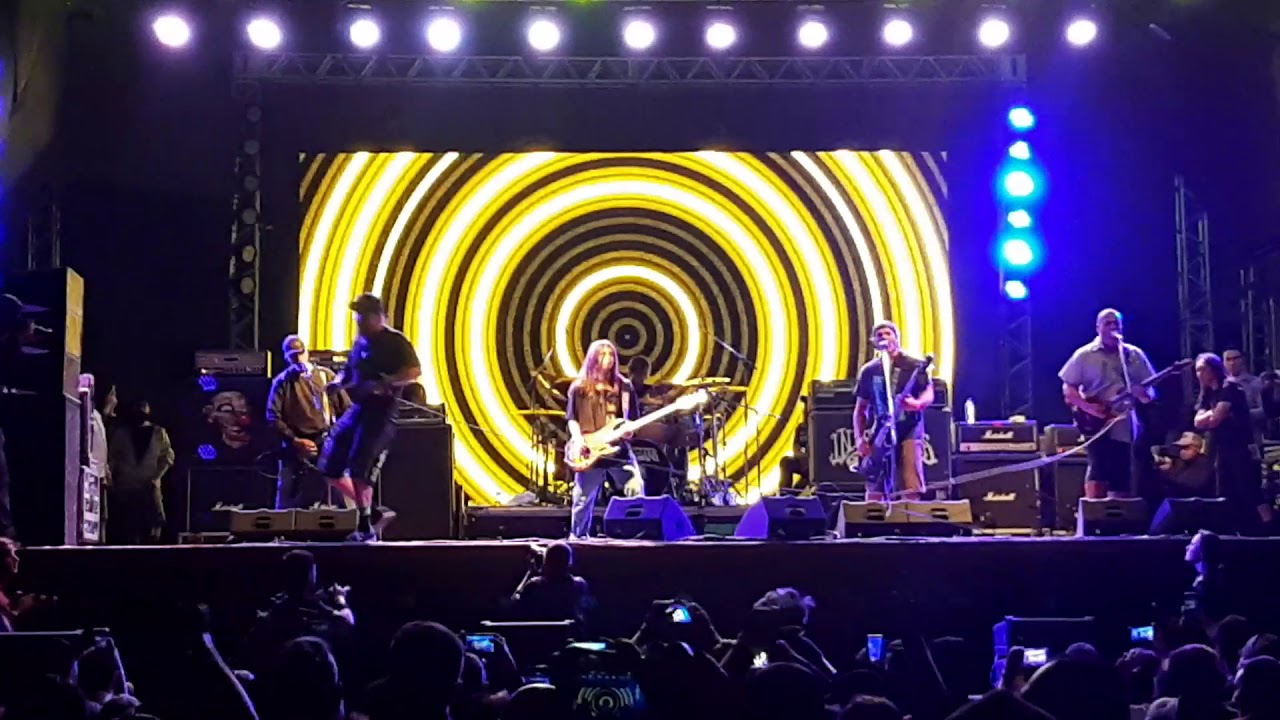 You might know Infectious Grooves as the band featuring Suicidal Tendencies vocalist Mike Muir, Avenged Sevenfold drummer Brooks Wackerman before he was in Avenged Sevenfold, and Metallica bassist Robert Trujillo before he was in Metallica. The band was recently playing the Sick Bastards Social Fest in São Paulo, Brazil and, because they were also joined by ex-Faith No More guitarist Jim Martin, decided to cover Faith No More's track "We Care A Lot."

Robert Trujillo's son Tye Trujillo was also there because that kid is just going to be in everyone's live lineup now.