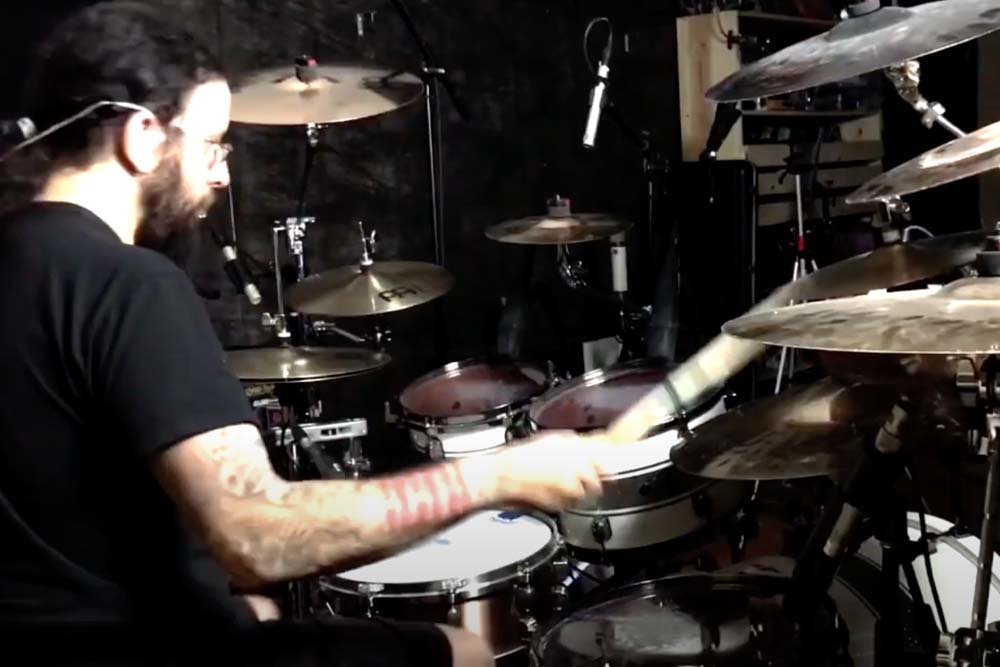 While there is much uncertainty with Fear Factory, we do know one thing is for sure – guitarist Dino Cazares is working on finishing the new album. Today, the band shared a new studio update which shows drummer Mike Heller playing a new song.

Last week, Dino Cazares then launched a GoFundMe,  and clarified that the fundraiser is legit and that all the money goes toward the new album. Cazares added that the record label won't give them anymore money and for "this reason, and this reason only, a decision was made to ask for outside donations." Bell later added that he "finished and delivered a new Fear Factory record in 2017 — mixed, mastered, artwork and everything. Now, we'll see what Nuclear Blast releases. I have no idea. My focus is Ascension of the Watchers."

Dino wrote "All I want to do is make this record the best record it could be with some amazing people working on it. It deserves a killer production to make this a classic FF album. I'm so exited for everyone to hear it because it really sounds amazing. It's that simple. That is all I wanted to do. Despite all the shit I'm getting I still love you all and I'm not mad at anyone. Please help us reach our goal."