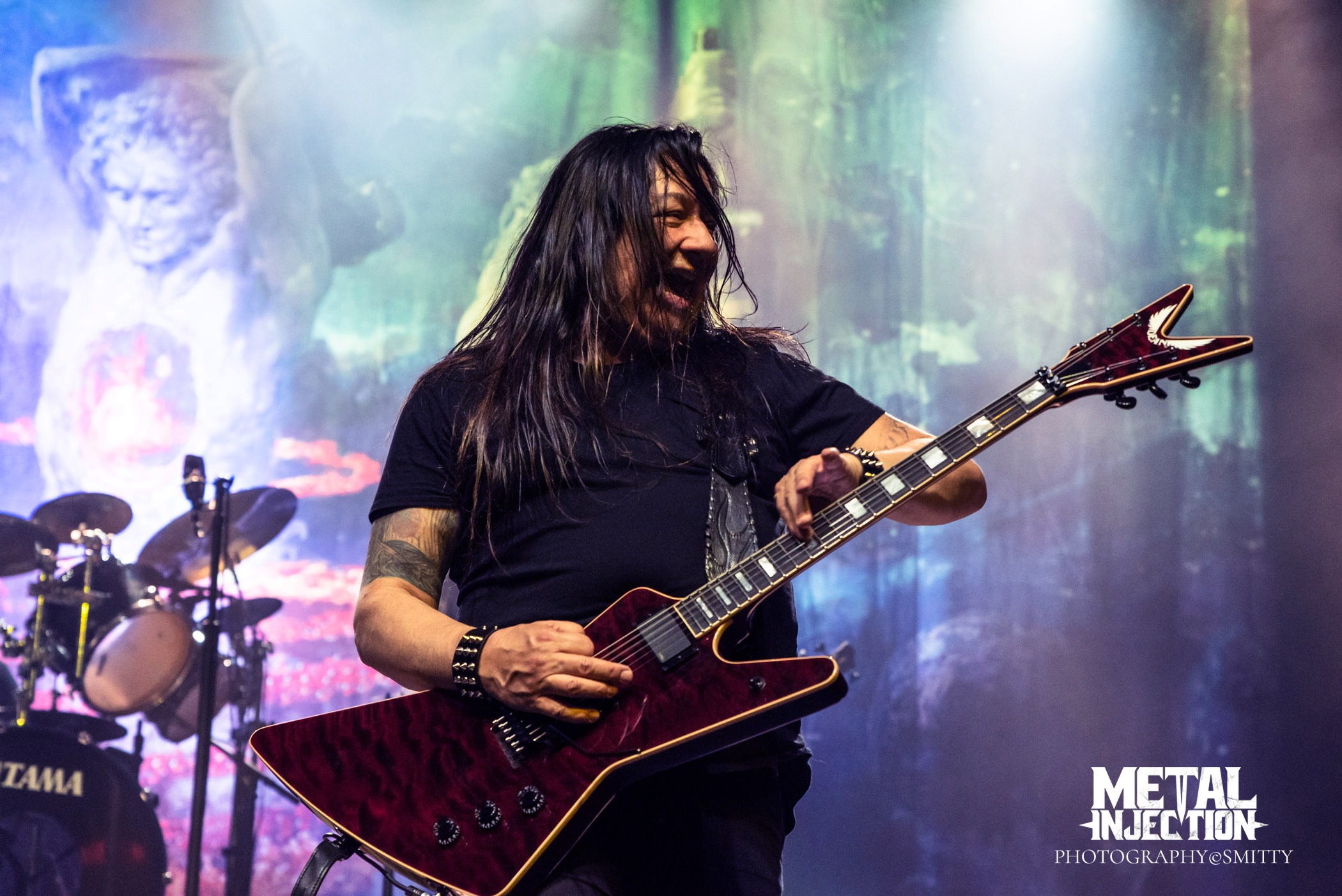 Talk of a new album from thrash legends Testament has been kicking around over the last few weeks, and now guitarist Eric Peterson has confirmed that it appears to be all systems go for a new LP. In a chat with MetalMasterKingdom, Peterson revealed that this album will feature, of all things, a ballad.

"We actually have a ballad that we wrote," said Peterson. "We were gonna put it on the last record. We actually recorded some stuff, and it just wasn't ready. We were listening to it, going, 'Nah…' There was a lot of elements that weren't in there; we kind of threw it together. But this time I think we've got something really cool."

"It sounds like something that Testament would do. The melodies in it are really cool. I'm not trying to say that we're going in a ballad direction. We're gonna deliver one of those kind of songs again; we haven't done that for a while, since [2012's] Dark Roots Of Earth [album]. And then there's a lot of pieces laying around that I've recorded over the years that I haven't put drums to yet. So hopefully I'll be jamming with [Testament drummer Dave] Lombardo soon and we'll put some killer shit together."

As we recently reported, Testament vocalist Chuck Billy has been rather optimistic about new Testament music being ready for fans in 2023.

When pressed a little bit on the details by radio personality Eddie Trunk, Billy shared, "Well, Eric (Peterson, Testament guitarist) has a bunch of music… He’s gotta go all in mentally to create some songs, so after [the second U.S. leg of The Bay Strikes Back tour] we don’t have anything in the books till April. So from November till April, it’s time to get in there and start working on new songs. So hopefully we’ll have a new record out by next year.”

You can check out the last few shows of The Bay Area Strikes Back tour this month. Remaining dates can be found below.