Dave Mustaine Spotted Back In The Studio Recording MEGADETH Vocals 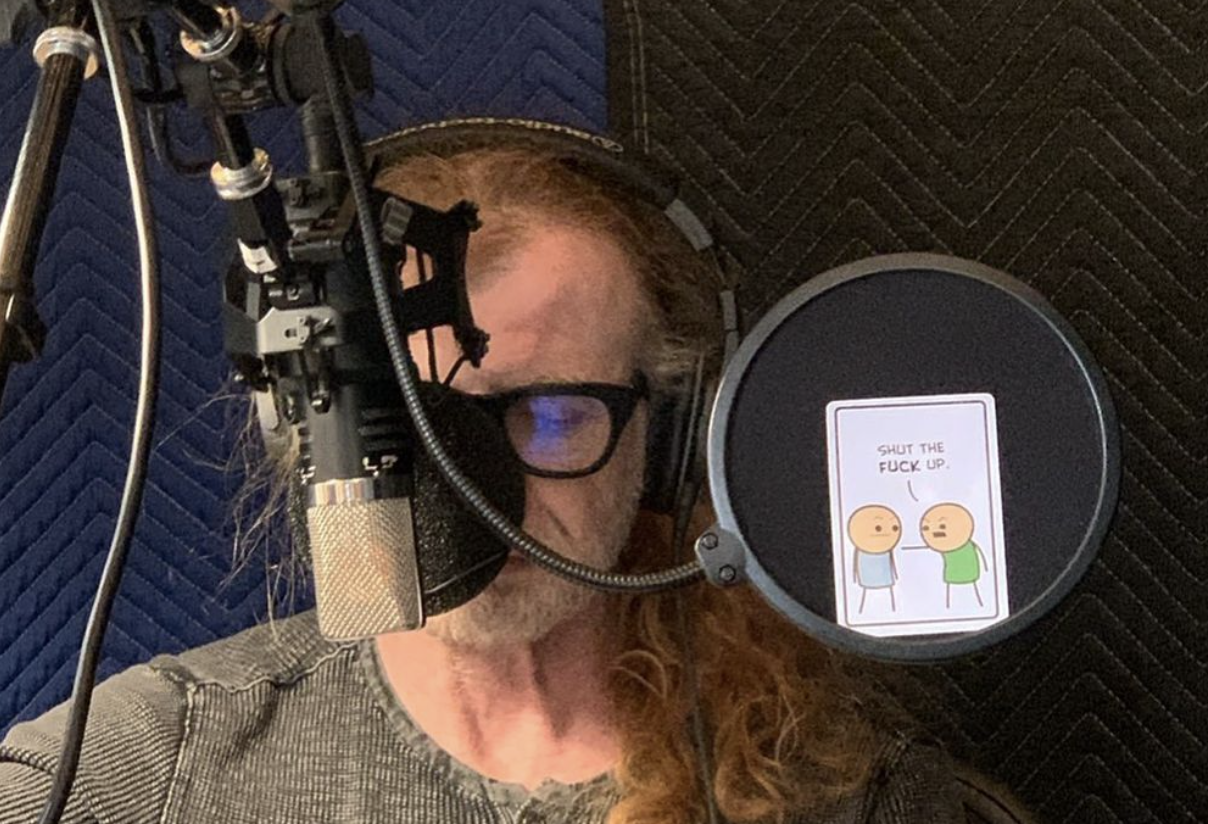 While a release date for the new Megadeth album remains uncertain, Dave Mustaine is back in the studio working on vocals.

His son, Justis, shared a photo on Instagram of the thrash titan in the vocal booth with the caption "Vocals are being laid down and they sound KILLER! Quiet when recording please… #MEGADETH".

Just a few days ago, bassist David Ellefson told TotalRock Radio that the release date of the album may end up being pushed back. Or as Ellefson puts it, "It doesn't make sense to drop a brand new record in the middle of a pandemic."

"We're working on album number sixteen, and just finishing it up now. We've got a big year of touring lined up — festivals in Europe; the big 'The Metal Tour Of The Year' is rescheduled for July and August this year; Rock In Rio in Brazil in September. And it's all confirmed, but it depends on what — COVID has a say in this matter, unfortunately. So there's this undecided third factor spinning over there with the pandemic that we're just all doing the best we can to play around that. And the same with the Megadeth release schedule, being able to put things out,"

"We're gonna wanna be able to get on the road and promote it. It doesn't make sense to drop a brand new record in the middle of a pandemic and not be able to support that. And so if that means we have to push things back a little bit so that it can be the most effective to tour it and support it, then I'm sure those are decisions that are being made… Quite honestly, those are decisions that get updated pretty much weekly inside the Megadeth camp."

"In defense of Dave, that's super annoying! I know you're a headliner, but I'm doing a show right now!"

Megadeth is back with a second single from their upcoming record The Sick, The Dying… And The Dead! in the form of "Night Stalkers."...