THE WEEKLY INJECTION: New Releases From CARCASS, SPIRITBOX, INSOMNIUM, and More Out Today - 9/17 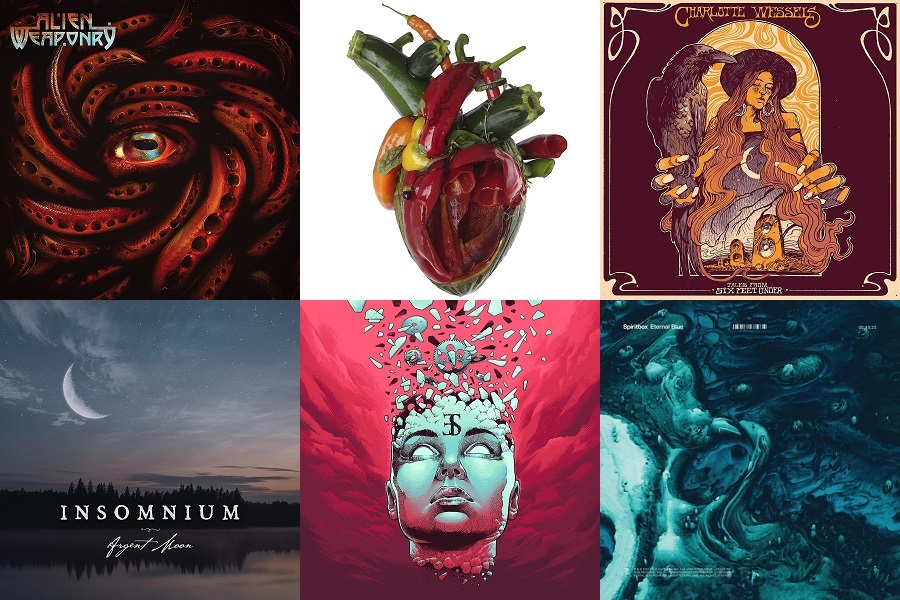 This week’s new heavy metal releases include groovy grooves, a heart made of vegetables, a solo outing, and more! The the metals…

On their second full-length record this trio is bringing Sepultura-esque grooves with some Gojira flairs. You'll once again want to brush up on the te reo Māori language since they're weaving back and forth between that and English as they are wont to do. Heads will bang with this one.

If you're looking to get your death metal fix, then this is the one for you. This album has a lot of expectations to live up to following 2013's Surgical Steel, and it feels like a worthy successor. The riffs are especially fun and oddly catchy this time, which could be in part due to the addition new guitarist Tom Draper. Necro has a full review here.

On what might be their most diverse record yet, Employed To Serve are taking swings in every genre that they've dabbled with before, and more. This, of course, has hardcore moments, but you're also getting some groove metal, metalcore, thrash, and some new territory that's harder to label. It's a good time that Max has a full review of right here.

It's been a couple years since Heart Like A Grave, but our favorite Finnish heavy sad boys are back with four new epic tracks. Like always, these are grand sweeping moody, melodic death metal songs. This is more clean singing that I can recall from the outfit, but it's a welcome change up that shakes up their sound a bit.

In recent history I cannot think of an album that has been as hyped as much as Eternal Blue has been in the metal media circles that I run in. It's a hell of a record though. It blends progressive technicality, djent rhythms, and melodic vocals that remind me of The Cranberries. It never goes the direction you'd expect, and I love it for that. Max give it some praise here.

Wrapping with week with the first solo outing from former Delain vocalist Charlotte Wessels. It seems like Wessels was able to experiment more on her own than she was in her previous band. This is a diverse record with folk metal, driving Muse-like arena rock, experimental pop, and more. If this is the first chapter in a new book for Charlotte, I'm excited for her story to come.