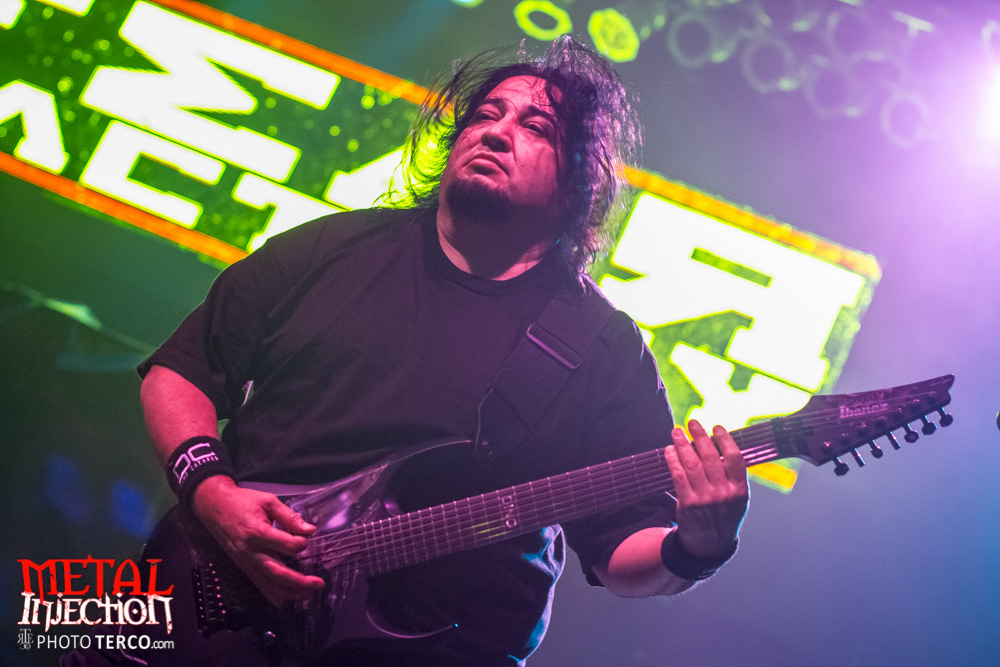 "The Industralist, which never had real drums, is going to be — at least as far as drums go — re-recorded," said Heller. "I will be recording real drums on [it], and it will get a release alongside the original."

Fear Factory is currently putting the finishing touches on their upcoming new record. The record will be the final Fear Factory effort with vocalist Burton C. Bell, who in a recent interview clarified why he quit the band.

"It's been on my mind for a while," he said. "These lawsuits just drained me. The egos. The greed. Not just from band members, but from the attorneys involved. I just lost my love for it. I've been working [intensely] on The Watchers for the last two years. Working with people who I can trust and who I love, and with whom I have grown to find a niche musically definitely pushed me towards it.