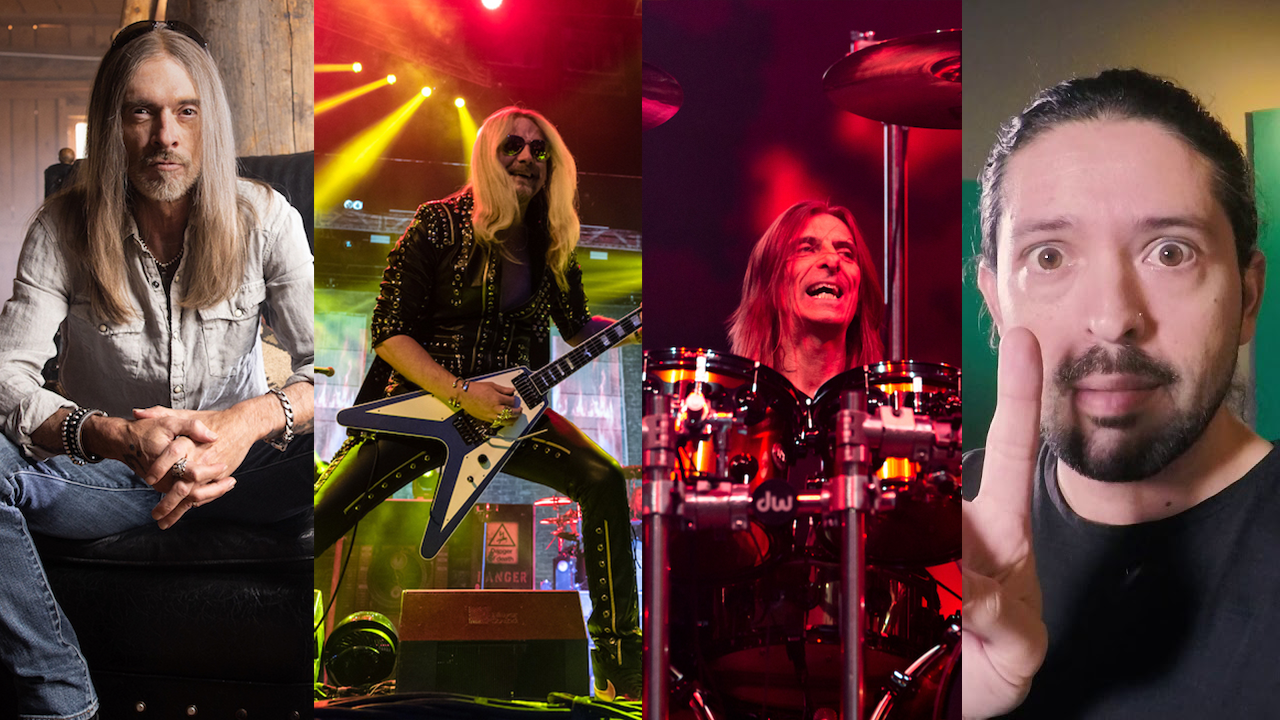 Elegant Weapons debut album Horns For A Halo was produced by Andy Sneap (Megadeth, Amon Amarth) and will be released this spring 2023 on Nuclear Blast Records, though it currently remains a mystery what the band sounds like.

All we know is that Faulkner has previously described the band's music as "a mix of Jimi Hendrix, Priest, Sabbath, solo Ozzy, and Black Label Society — heavy, catchy, and with melody. Sort of old school and modern at once if that makes any sense, and actually down-tuned a whole step.

"The Marshall Plexi basically does one thing, but you've got to crank it to 11 for it to have that distorted sound. It hasn't got a lot of bells and whistles on it or different channels and effects. It basically does one thing and does it very well. But again down-tuning creates more of a modern sound, and by using the classic sound of the Marshall Plexi, you get that juxtaposition, that contrast.

"All told, there are a lot of guitar solos and the songs are on the heavier side. And even though there's a lot of melody, it's still going to shake your bones."

In this article: elegant weapons