Welcome to Throwback Thursday! This is the place where we get to indulge in nostalgia and wax poetic about excellent metal of years past. So sit back, relax, and a glass of slightly-sweet absinthe, because we're going on a journey in search of modern albums that have primed the canvas of today's metal music scene.

The contemporary albums in this series serve as tributaries that have, for better or worse, altered the course of the flowing blackness that is the metal steam of life. For this, the sixth edition of this series, we're talking about an album and a band whose name is synonymous with fall.

Type O Negative formed in 1989 in Brooklyn, NY originally under the name Repulsion. The name was replaced in 1991 with the now-iconic moniker Type O Negative.

Now, I had to think a long and hard time about which album to feature for their first appearance on Throwback Thursday.  Each album houses a different song(s) which for me comprise some of the best reflections of the band during their 21 year career.  It's the end of August, practically September, which is close enough to Halloween for me to dream of crisp air, changing leaves, and moody autumn music. With that in mind, I had to choose October Rust. I am also choosing October Rust because I feel it marks a change in attitude for the band. Let me clarify for the record, that this is not a presentation of the 'best' Type O album, just one which deserves recognition.

For those unaware, Type O Negative is known for their goth/metal hybrid sound, complete with sloppy, fuzzy guitars and meandering keyboards. If you've ever frequented an alternative club during the last 20 years, you've no doubt heard or of two of their most popular songs.

Type O Negative always had a refreshing sense of humor about themselves. Even though they recorded one of the most unquestionably dark and obsessive loves songs ever penned ("Love you to Death"), their lyrical content and liner notes could also be surprisingly goofy and unexpected.

According to metal-archives.net, "Every album since October Rust is labeled as a "product of Vinnland" on the back cover. Vinnland is an imaginary country which, according to Peter Steele, is the US and Canada merged into a single nation"". To further the point that Type O wasn't always doom and gloom, take a look at this quote from Type O's own Facebook Page:

In the early days of his band, Steele would routinely disarm the most vociferous maniac screaming “you suck” by saying “Thank you.” Reflecting on the accomplishments he’s made on Dead Again, Steele has a slightly different defense. “I’d still have to agree with those people,” he says calmly. “Only now, we suck better.”

The lyrics to one of their most popular songs, "Black No. 1" from equally epochal album Bloody Kisses quips, "She's got date at midnight /With Nosferatu / Oh baby, Lilly Munster / Ain't got nothing on you".  This quirky slant only serves to make the band more unique and creates contrast to darker, more gripping moments (especially as the albums become closer and closer to the bands' breakup). Additionally, front man Peter Steele appeared on America's most exploitative day-time television show Jerry Springer. On the edition of the Springer show entitled "Sexy Groupie Girls",  the moment Springer introduces Steele, the women of the audience explode in whoops of excitement. More notably, and perhaps more 'exciting', Steele also posed in the August 1995 edition of Playgirl, displaying a spider tattoo on his lower abdomen… and a whole lot more. (Google is your friend here for the truly curious. I had to look it up… for journalistic integrity).

Type O Negative's mystique was absolutely propelled by front man Peter Steele. His physical features magnified the goth-attitude of the band exponentially. Steele was an astounding 6'7", complete with long black hair that trailed down to his waist line. His stature, framed with broad shoulders and a chiseled, distinctive jaw-line married his sex appeal with his self-deprecating sense of humor. The result of that union created the persona of Type O Negative; an enduring, irreplaceable foundation of modern goth metal.

The fourth full-length release for Type O Negative, October Rust is heavier and markedly more somber. This is exemplified by the indulgent "Red Water (Christmas Morning)", and what feels like "Black No. 1" part 2, "Love You to Death".  "Burnt Flowers Falling" is long, and beautiful, droning, and emotionally charged. "In Praise of Bacchus" ends with the repeating chorus "She hates me…. she hates me…" Even their quirkier single, "My Girlfriend's Girlfriend", has a darker sound.

The video is… over-the-top, and doesn't feel natural for the tone of the album. Even considering Steele's previous exploits with Jerry Springer and Playgirl, there is something about his look in the video which doesn't comply with the album. This song also has a throw-back 60's sound which again you don't find anywhere else on the album . The song is considered a classic and fan favorite. Also, note that Roadrunner released this official video in 2009. I wonder if it was recorded around the same time, which would place it's recording 13 years after the initial release of the song. This is significant because Peter Steele died unexpectedly at the age of 48 just a year later in 2010. Therefore, it makes me wonder if they recorded a video for the song right before his death, which would make the intent feel unnatural as he was not well and the song was at that point over a decade old.

EDIT: Thanks to the fans reading this column, we were able to debunk this idea! The video was in fact recorded and initially released in the 1990's! It would appear that VEVO got rights to this and many other music videos and 're-released' these classics in the late 2000's, 2009-2010.

The third 'single' from this album is popular track "Cinnamon Girl", a cover of the song written by Neil Young in 1969 :

So, this doesn't have the same impact as Johnny Cash covering Nine Inch Nail's "Hurt", but Steele does make it his own in a way that only a goth-sex-god could. 'Cinnamon' seems to be a perfectly fitting word for the late Peter Steele to use to describe the kind of girl he would fall in love with.

Sadly, Type O Negative's official website is no longer active, and their history has to be traced through Facebook, Wikipedia, and other archived reflections of their albums via various music-based fan sites. I was lucky enough to see Type O Negative on their last US tour before Peter Steel died tragically early. It was incredible, but I remember thinking that Steele did not 'look good', as he was skinnier and paler than I expected (even for a goth front man). Steele's death was one of the first celebrity musician deaths which stopped me in my tracks. I felt an honest and surprisingly profound sense of loss. To this day, one ear-glimpse of the sludgy, staple guitars rearing up to an intro makes me feel instantly gut-punched.

There was something relatable about Type O Negative for both men, and women, and everyone in between. Their career of albums is sprinkled with over-the-top anthems, self-indulgent rants, and goth-boy problems. It also has brilliant songs of true pain, loss, and self-loathing. Expressed in the deep tenor and bass of Steele's voice, Type O Negative is a perfect combination of front man and accompanying musicians.

There is no other band who could be Type O Negative. The time at which they were on the scene perfectly compliments the 90's grungy, apathetic youth culture. More importantly, Type O Negative's perfectly crafted music backs the monolithic man that was Peter Steel. If you're reading this, please raise a glass with me and drink one for a dead homie. RIP Peter Steele.

If you have a landmark album in your life that you'd like to see featured, sound off below. As always, thanks for stopping by and taking a trip down memory lane with me. I'll see you next week. Until then, Stay Negative. 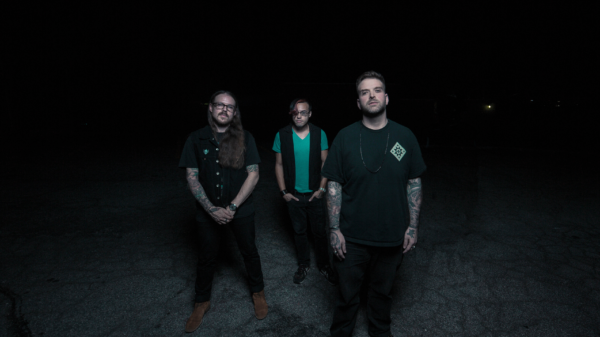 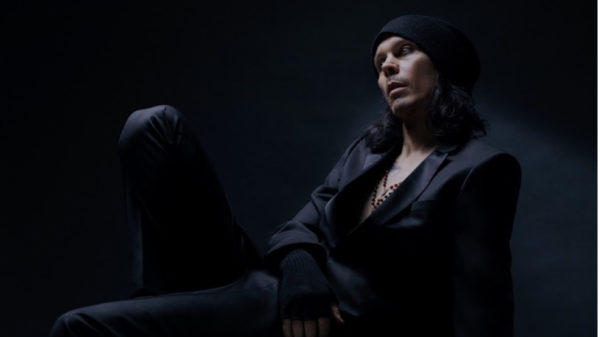