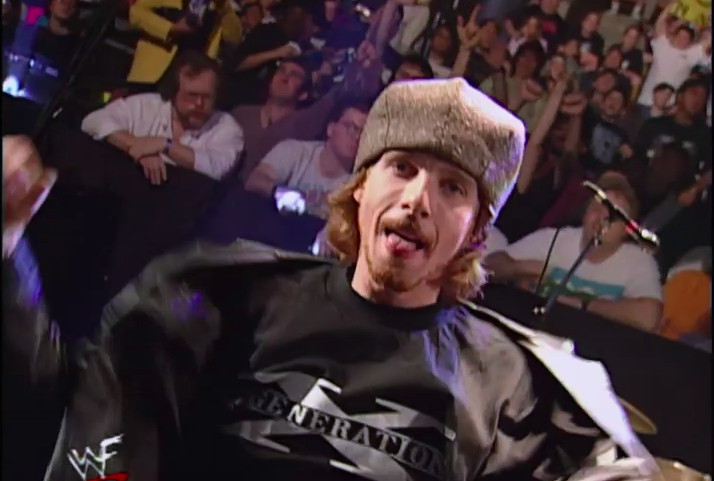 Does it feel like WWE WrestleMania is this weekend? While all major sports are currently on hiatus, WWE has been trucking along with their regular programming every week. Since all public gatherings are illegal, they have been taping content in their "WWE Performance Center" training facility in Orlando, with no crowd in attendance. The shows have been a little awkward. But, with the stories in motion, the show must go on and WrestleMania will be held this weekend and, for the first time ever, be split over two nights – Saturday, April 4th and Sunday, April 5th.

One of the traditions at WrestleMania is a performance of "America, the Beautiful" to kick off the show. There have been some very memorable performances from huge artists like Aretha Franklin and John Legend. There is also a performance of the song so infamous, that WWE has tried to scrap any existence of it from their public archives, including on the WWE Network.

Warren, and "The DX Band" were brought in to perform Shawn Michaels' intro at WWF WrestleMania XIV for his historic match against "Stone Cold" Steve Austin. Somebody had the bright idea for Warren and the DX band to also perform what they called "an alternative new wave version" of "America, the Beautiful" in the same style as the DX song.

The results were so embarrassing that as soon Warren sang "Oh, say can you see?" in his signature style, the crowd figured out what was going on, and immediately they started booing – the first time any sort of national anthem was booed. The footage recently surfaced on the Reddit wrestling community, r/SquaredCircle, and I cannot convey how poor of an idea this is, so just take a listen:

Ahh, the good ole days. While this was a miss, the crowd reacted much more favorably to when they performed DX out into the arena.

In addition to the DX theme, Warren eventually also put down vocals for a Triple H theme, a theme for X-Pac, and the intro to WWF Superstars. He went on to form a band called BroKin, which licensed some music to Impact Wrestling. Warren suddenly passed away in his home in 2016 of unknown causes. He was only 49, but his performances in WWE will be remembered for a long time to come.

Do you remember watching WrestleMania XIV? What was your favorite 'Mania?

We wish Tim all the best.