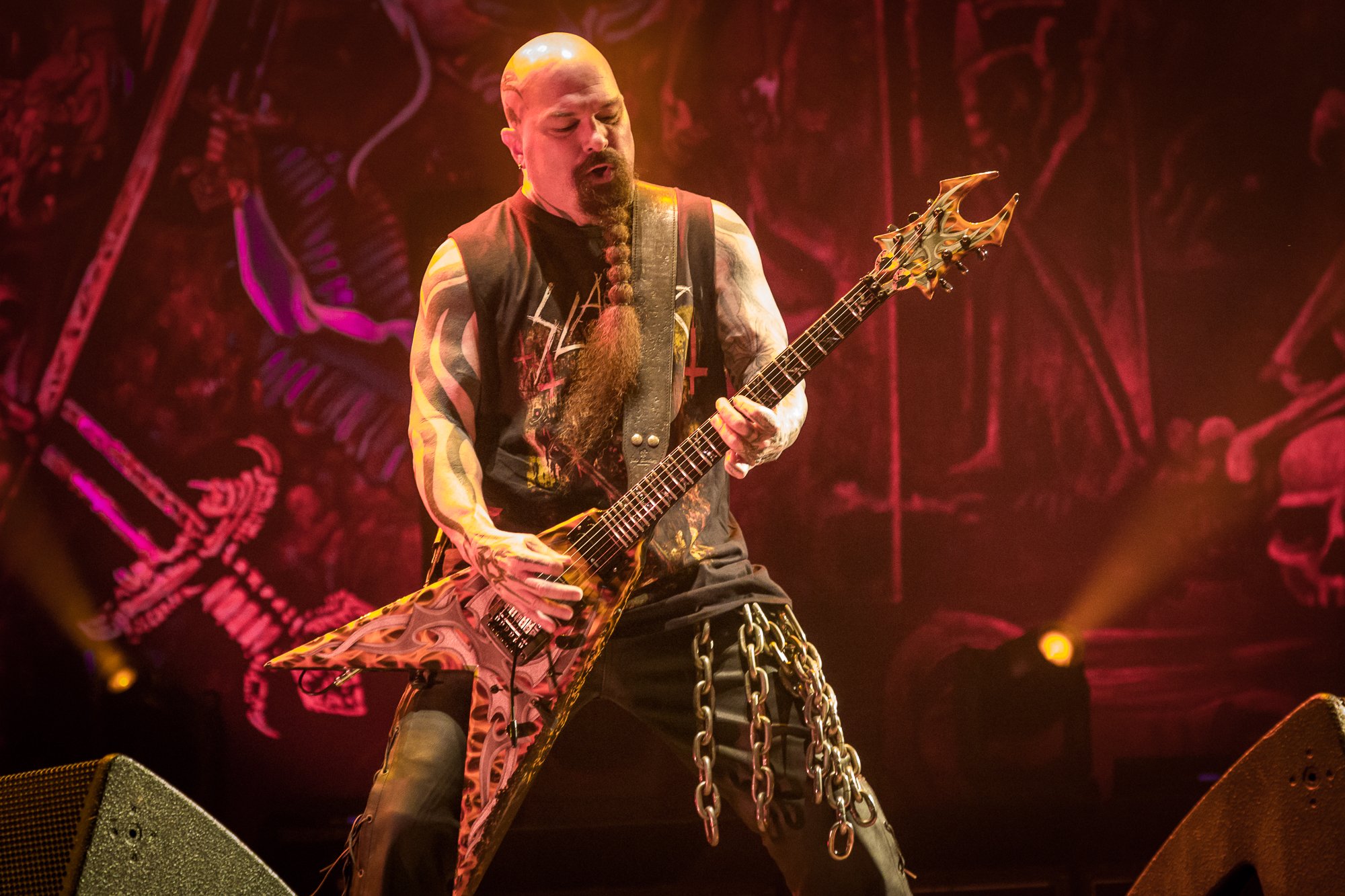 Slayer are currently embarking on what they are calling their final tour dates ever, ever! There are still about two handfuls of shows left for the band and then many assumed it would be the end for Slayer.

Those assumptions seem to be incorrect, according to Slayer's longtime manager Rick Sales. In an interview with MassLive.com, Sales made a comment that might surprise Slayer fans (emphasis ours):

“The band has always had a lot of integrity,” he said, admitting that this integrity left the band wanting to end their touring days before losing credibility as one of the genre’s most memorable, and consistent, live acts.

“There are a couple things that go on. I totally get that they made a decision to stop touring. That doesn't mean the end of the band. It’s just the end of touring. I always thought of it as, 'you go out on top,'” he said. “They made that decision. They're not milking it. From that standpoint, I get it and they made the right choice.”

So what could Sales be hinting at here? For one, we could be seeing new Slayer music in the future. I'm sure the band have plenty of demos in the can. In a 2016 interview, guitarist Kerry King insinuated that there are plenty of leftovers from their last album, Repentless, to release new music.

And just because this is their final tour, doesn't mean we won't see Slayer play ever again. I can see them popping up once or twice a year to headline a big festival – something Ozzy has suggested he would do after his final tour in 2020.

Either way, you only have a few more opportunities (for now) to see Slayer live. Here are their remaining live dates, likely their last ever in some of these towns: