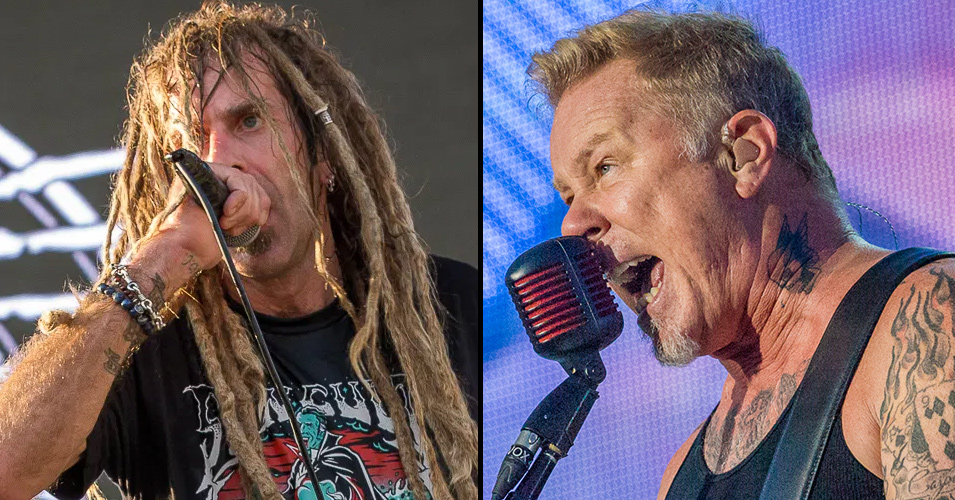 On the heels of Hatebreed's Jamey Jasta sharing a personal story about how Metallica frontman James Hetfield helped him get sober, Jamey's friend, Lamb of God frontman Randy Blythe, also offered a story about how Hetfield saved Randy's life.

This is all the result of Metallica announcing they were canceling tour dates in Australia because James Hetfield willingly checked into rehab. Hetfield was sober for over 15 years and is currently seeking treatment.

Commenting on Jasta's story that we posted earlier today, Blythe explained how being on tour with Metallica and James specifically helped him get sober:

"I got sober while we were on tour with Metallica almost 9 years ago. The first day of that run, one of my crew guys came to me and said 'Hey, Hetfield's looking for you'- we had been touring with them in the States & Europe for over a year and I was just RAGING, especially in Europe, but inside I was MISERABLE. He knew I had been trying to quit drinking, it wasn't working for me anymore, & it all came to an end in Australia.

"A HUGE FACTOR in my willingness & ability to get sober while on fucking heavy metal tour was the fact that I had James & some of his crew who were also sober to talk to- I didn't have to do it alone. James & crew babied me through my first month of sobriety out there on the road- it was a heavy trip. I couldn't have done it without them.

"When I saw the news about James [on Friday], I hurt so bad inside for him, because he was there for me when I was in such bad shape- I know how dark it can get. But it was also a very strong reminder for me of what I am, & what waits for me if I fuck up & forget I am alcoholic.

"If you're an alcoholic, NO ONE IS IMMUNE, no matter how long you have been sober. James is in the right place right now, though, & as he has gone there of his own volition, it sounds like to me he wants sobriety back- and that is the key to it all, you have to want it. So my thoughts & prayers are with him- I love that dude. He literally helped SAVE MY LIFE."

We are all rooting for you, James!

Lamb of God are set to embark on a killer European/UK tour with Kreator this month, before winding down the year with a few festival gigs. Get your tickets here.