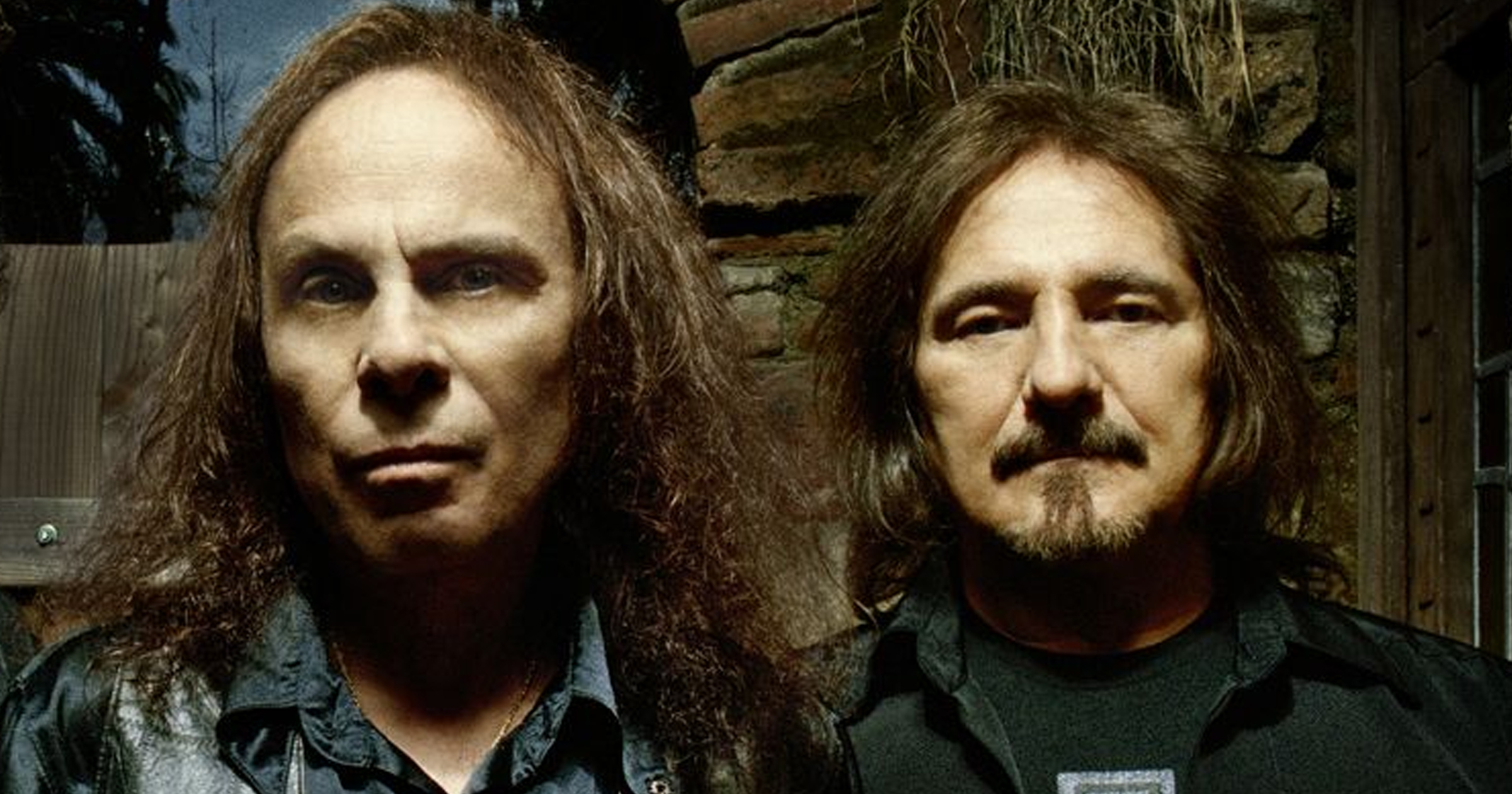 In 2017, when KISS frontman Gene Simmons decided to attempt to trademark the devil horns, it sparked a big debate online, as it does every few years, as to who actually invented the gesture, with most giving credit to Rainbow/Black Sabbath frontman Ronnie James Dio. A new player has entered the chat, as Sabbath bassist Geezer Butler is now trying to lay claim to inventing the signature metal gesture.

Dio has said in previous interviews that it was his grandmother who taught him the gesture, saying Italians would use it to "ward off the evil eye."

Butler disputes that story, saying Dio "made [the horns] famous" but Ronnie didn't learn it from his grandma, he learned it from Geezer.

Geezer told Eddie Trunk in a recent interview “I always used to do it in the breakdown in the song ‘Black Sabbath’ — just before it goes into the fast part at the end, I’d do that sign to the audience. And on the first couple of Heaven and Hell tour shows, Ronnie was saying, ‘When I’m going on stage, everybody is doing the peace sign to me, and that’s an Ozzy [Osbourne] thing. I feel like I should be doing something back to them.’ He says, ‘What’s that sign that you do in ‘Black Sabbath’?’ And I showed him the devil horns sign. And he started doing it from there and made it famous.”

Trunk asked Butler why he's only mentioning this now, to which Butler retorts “I didn’t really think much of it. As I say, I’ve got pictures of me doing it in 1971. And it was just an alternative to Ozzy’s peace signs, I was doing it. And if you look at the [Beatles’] Yellow Submarine album cover, John Lennon’s cartoon character is doing it, in 1966 or whatever it was. So it’s an old sign. I was just doing it ’cause [English occultist] Aleister Crowley used to do it.”

Lars Ulrich was once asked who he thought invented the horns and said "That’s got to be Ronnie James Dio. I remember Rainbow used to play in Denmark about every half hour, so I used to go see it every half hour. And Ronnie James Dio did a lot of that. Back in '75, '76, '77, it was all about Rainbow and Black Sabbath and Thin Lizzy."

The Yellow Submarine cover does indeed have some devil horns on it, and MetalSucks was able to trace an old photo from 1971 of Geezer giving the horns, but who's to say who invented it?

Update: Butler took to Twitter to offer a bit of clarification saying "Just to clarify..I did not say I invented the ‘devil horns’ hand sign, I always used it in the song Black Sabbath. I merely shared an onstage moment between Ronnie and me. Ronnie made it famous, and it will always be associated with him, regardless of what anyone else says."

He added "Also, I do not want people to think that I was dissing Ronnie in any way. He was one of my dearest friends ever, and I will always miss him and our friendship."

I just think we can all agree it wasn't Gene Simmons, right?