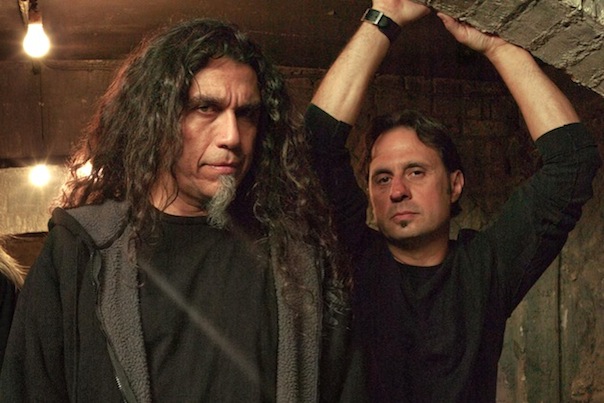 Slayer initially announced their long farewell tour in May 2018. The tour is scheduled to wrap up this year, putting an end to the thrash legend's career that began in 1981 (not before one final live album). According to ex-drummer Dave Lombardo, in an interview with Let There Be Talk, this retirement has been a long time coming.

Lombardo tells Delray that he's heard bassist and vocalist Tom Araya has wanted to retire since at least when Lombardo departed the band in 2013. Lombardo adds that part of the reason was due to Araya's neck issues, but perhaps more importantly, he wishes Araya all the best in his retirement.

This shouldn't come as such a shock, as Araya said himself that he felt "he sold his soul to Slayer" and how much he hated touring. In a 2019 interview with Noisey, Araya said:

After 33 years of traveling—actually more like 29 years of actual touring and traveling—after a while, it’s just tiring. And people are like “Oh it must be fun! You travel! You see blah blah blah!” I’m like,man, if you were in my shoes you would think differently. [..] It’s funny, recently we went to Europe to do press for the new album. We did three days in London, a day in Paris, a day in Norway, two days or three days in Germany. And people are like “Oh, that must be nice. Did you get to see much of Paris?” And I look at them, and say “See this room? Look around you.” And they’re looking around. “This is my Paris. It’s beautiful isn’t it?”[Laughs] That's what I say whenever anybody asks me that, because we’re always in the hotels doing interviews and everybody asks me that. “Did you get to see much of Stockholm?” I’ll look around and I’ll show them the room. “How do you like it? This is my Stockholm. It’s beautiful, isn’t it? I like the drapes. Look at the couch. Wonderful.” And then you open the window and go “This is my painting, my picture. This is what I see."

As far as Slayer contacting Lombardo after the split, he says "No, there's been no communication." Lombardo has certainly kept himself busy since leaving Slayer, playing gigs in Dead Cross, Suicidal Tendencies, Misfits, and the upcoming Mr. Bungle reunion.

Slayer is gearing up for their final North American shows with Primus, Ministry and Phil Anselmo doing a Pantera set. Here are the dates. We're giving away tickets to each stop of the tour, you can enter below.