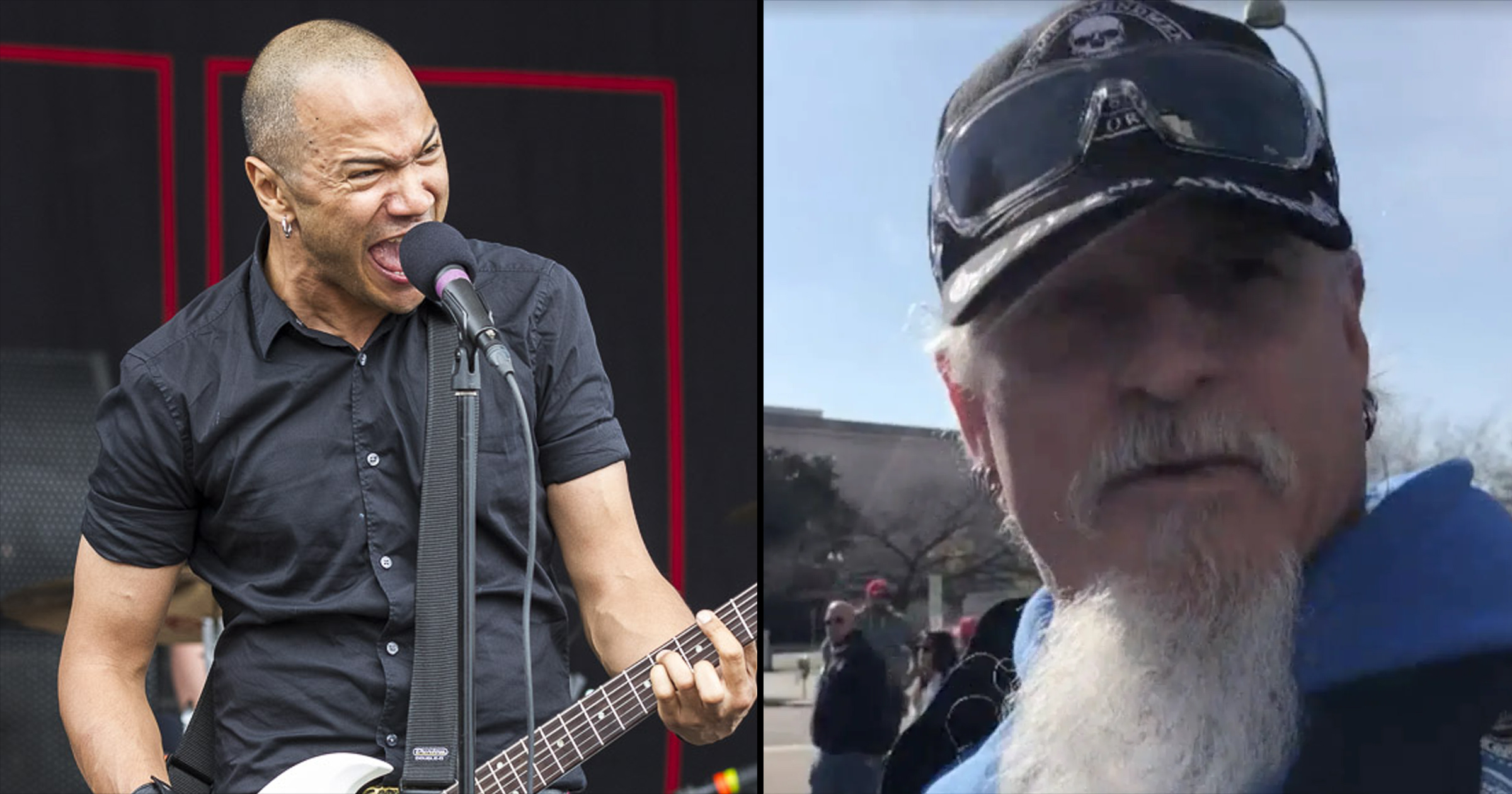 Danko Jones is telling us how he really feels. After the news this weekend that Iced Earth guitarist Jon Schaffer will be denied bail and that his lawyer asked for a "do over" and said that Schaffer used bad judgment, the frontman of the Canadian trio took to social media to blast the conservative guitarist.

Schaffer is facing eight counts of charges for his role in the riots at the US Capitol on January 6th. On Twitter, Danko wrote “Jon Schaffer used bad judgement because he’s a white nationalist piece of dog dung. His band mates cheered him on because Iced Earth are a terrible band. His request for a ‘do-over’ proves his pathetic weakness. He’s the dictionary definition of a bell-end.”

Shortly after Jones, who is Canadian with Indian heritage, added “Only those that cosplay at being Alpha want ‘do-overs.’ Jon Schaffer and Iced Earth are a FAKE band.”

It didn't take long for Jones to spot the racists in the crowd:

When another fan tried to defend Iced Earth, Jones offered a reciept showing a now-deleted post from former vocalist Stu Block cheering on the supposed insurrection.