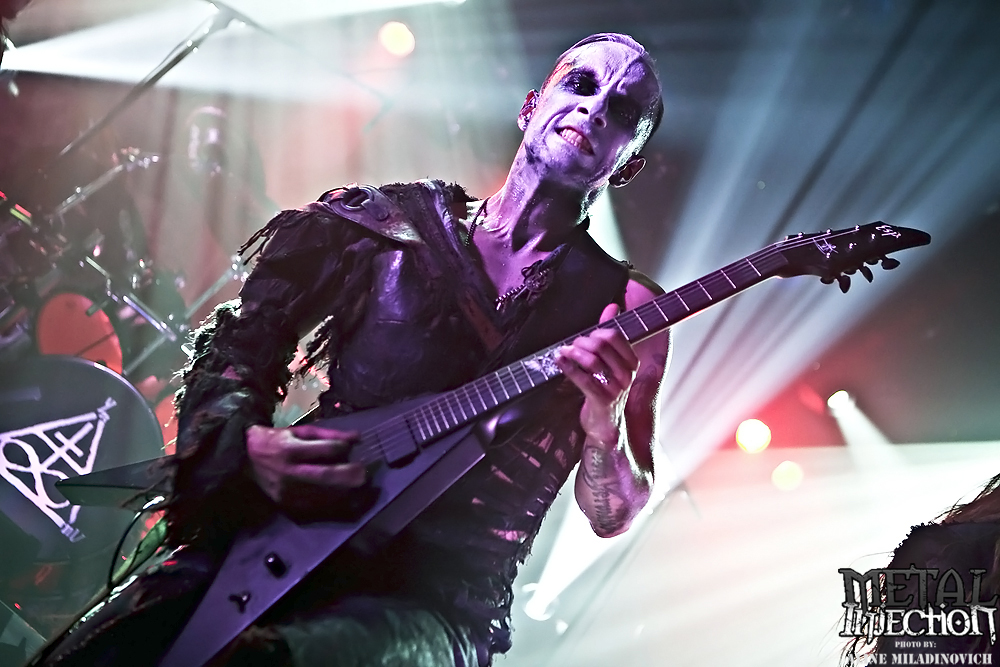 Behemoth vocalist Adam "Nergal" Darski was recently convicted of blasphemy in Poland over a photo of himself from 2019 stepping on an image of the Virgin Mary. Darski has since contested the judgement, which means the case will now proceed to a full trial. If he's found guilty of "offending religious feelings", Darski faces up to two years in prison.

So why contest blasphemy charges? Darski said in a recent interview with The Irish Times that accepting the judgement means he'll have a criminal record and won't be able to tour internationally with Behemoth.

"I don't think the public know the details of the level of harassment I have been through," he said. "It is getting monstrous, and it is a growing tide of censorship and harassment. Every few weeks, I have to check myself in at the police and go for different hearings and spend a fortune on lawyers with all the costs around court cases.

"I am being the perfect target. The Polish authorities just pick on me. It is not a secret that a prosecution officer has me as his favorite scapegoat. He follows my Instagram account. Can you imagine that? It's insane and absolutely unprecedented."

Darski recently launched The Ordo Blasfemia fund, which will aid with defense fees for any artist charged in Poland for offending religious feelings. Behemoth is also working on a new record that will hopefully get finished by the time the legal battle kick off.