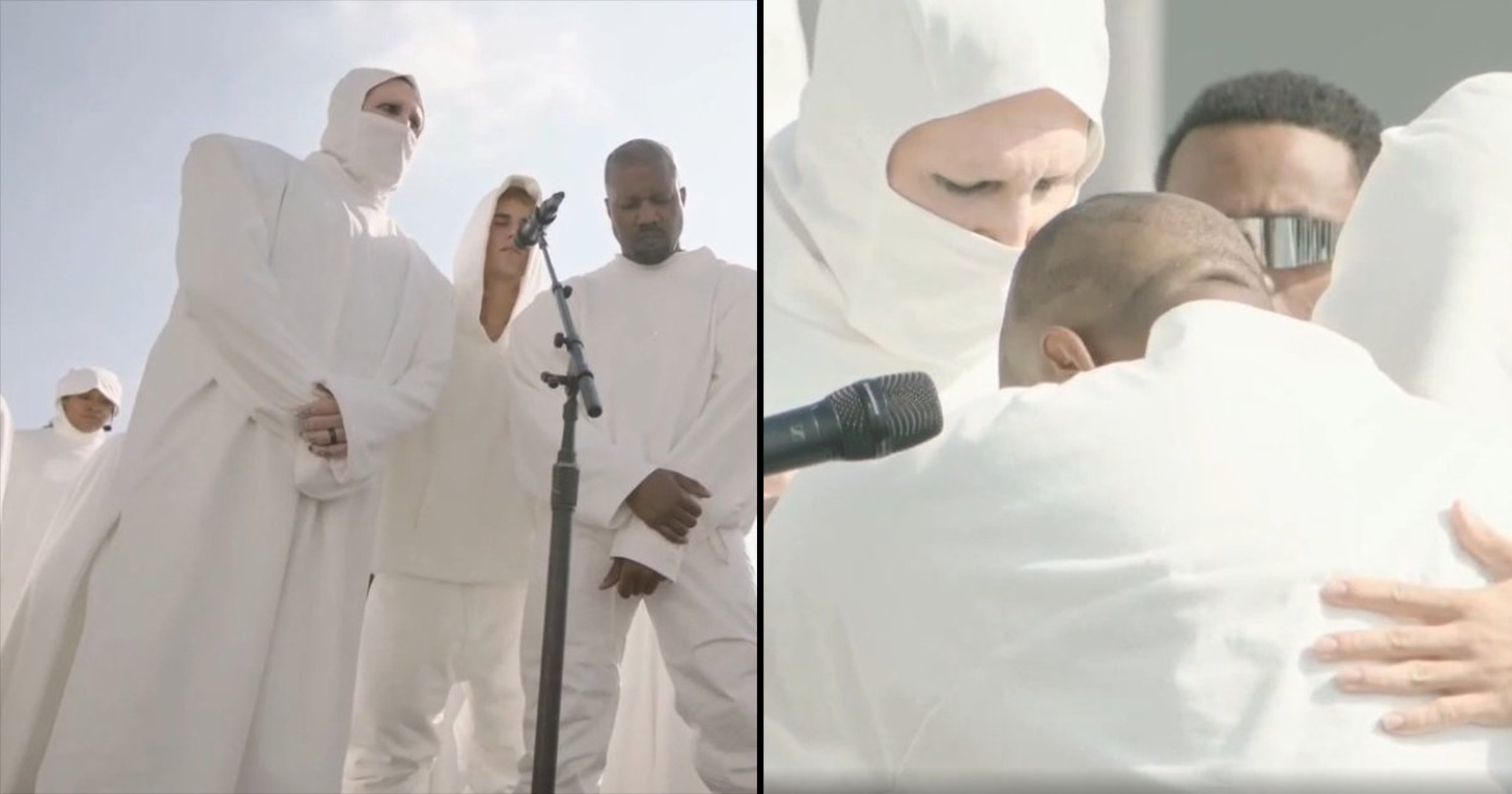 Long gone are the days where Marilyn Manson accepted an honorary priesthood in the Church of Satan, as this Halloween Manson spent the day praying with rapper and new BFF Kanye West and Justin Bieber. West held a special "Sunday Service" concert yesterday and Manson and Bieber were among the guests of honor.

Manson has been friendly with Kanye West recently, showing up at a listening party in August, along with rapper DaBaby. West's message seems to be that he was pushing back against "cancel culture." Manson has been accused by multiple women of sexual assault and is currently facing lawsuits from those women. Manson denies the charges.

West made the surprise announcement that the event was happening hours before show time. It was streamed on Triller and FITE TV. Not much video is available from the event, but there were people recapping the happenings on Twitter and it looked quite intriguing.

You might recall, it was just a few years ago that Manson called Bieber a "real piece of shit" and said he was in a religious sex cult, but people change!