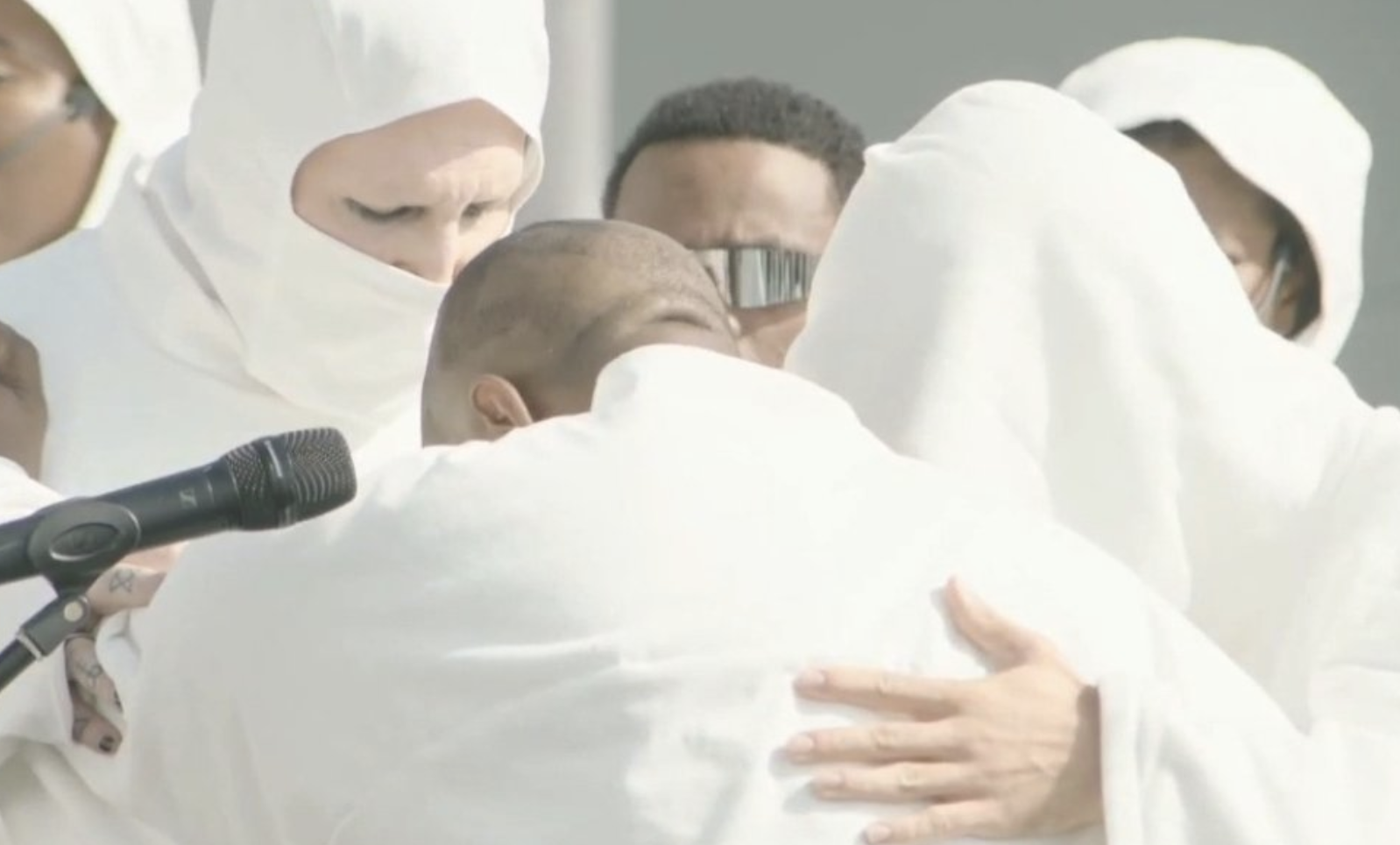 The weirdest story of the week, perhaps the year was seeing Marilyn Manson pop up alongside Kanye West and Justin Bieber.  during West's Sunday Service performance this past weekend. Fans in the rock and pop world were confused alike, with Bieber and West facing backlash from their fanbases for associating with Manson.

Manson has been friendly with Kanye West recently, showing up at a listening party in August, along with rapper DaBaby. West's message seems to be that he was pushing back against "cancel culture." Manson has been accused by multiple women of sexual assault and is currently facing lawsuits from those women. Manson denies the charges.

PEOPLE has a thorough report on the event and the fallout, including reps for Bieber noting that the pop star had no idea Manson would be at the event. PEOPLE even got a rep for Manson to comment and pressed if Manson has turned to Christianity.

A spokesperson for Manson tells PEOPLE that Manson was an "integral part" of the Sunday Service. When asked if he had turned to Christianity, the spokesperson said, "That's nobody's business." The Antichrist Superstar singer, who was raised Christian, has been the center of protests by Christian groups in the past, including after the Columbine massacre in the late '90s.

"Throughout his career, Marilyn Manson has collaborated with innovative and legendary artists across all musical genres, and Ye is no exception," the spokesperson said. (Manson also joined West at a Donda event in late August. At the time, a spokesperson said the singer would "continue to conceptually collaborate" with West.)

Additionally, one of the women suing Manson, Ashley Morgan Smithline commented to PEOPLE that seeing Manson with the pop stars was "traumatizing."