True excitement about music is a special thing. That feeling you get when you first hear the roar of a distorted guitar or an impossibly fast attack on the drums. When the right sounds come together for you that first time, it produces a sensation you try to repeat with every new discovery. Over time, however, this becomes a lot less common. This is especially true of cynical music writers who’ve been neck-deep into this world for so long. Well, luckily for me, Vermilia’s new album Kätkyt struck that perfect balance of the new and familiar to make it one of my early favorites of 2018.

Finland is rightfully known as one of the “most metal” countries on Earth. Alongside well-known acts like Amorphis and death metal bruisers like Demilich, the Finns have one of the world’s strongest black metal scenes. This legacy stretches back to Beherit, Impaled Nazarene, and Archgoat. It lives on in Horna, Sargeist, Azaghal and countless other bands. Out of this fertile and dark landscape comes Vermilia. Little is known about the band except that it’s represented by a woman who does all the vocals (clean and harsh) and crafts the songs from a compositional standpoint. Whether she has any co-conspirators is a mystery. But this is irrelevant for now, so let’s get to the music.

Vermilia styles her project as “a mix of Epic Scandinavian Pagan Metal,” which seems about right. Don’t be thrown off by the word “pagan” though. This album is not a throwback to the cheese and schlock of the 2008 pagan metal explosion. Many of those bands relied on an over-the-top heroic and kitschy approach that recalled a Renaissance Faire. Vermilia’s music stays grounded in what metal does best. Through the effective use of menacing riffs played in a just-raw-enough manner, Vermilia evokes a spirit of menace and foreboding that grabs you and keeps you engaged.

Then there’s the use of clean vocals. As I’ve written elsewhere, this will generate inevitable comparisons to Denmark’s Myrkur, but there’s a key difference here. Vermilia is first and foremost a metal act, using non-extreme metal elements to enhance and add to the music. With Myrkur, this approach is flipped the other way around. One thing the two projects share, however, is the vocals sung in the artists’ native languages. This, of course, makes it difficult to give an accurate picture of Vermilia’s message. From a quick breeze through Google Translate, I assume that the lyrics are meant as a homage to her country’s landscape, old gods, and pagan heritage.

The album is a supremely pleasurable listen from back to front, but “Haudoille” is a particularly strong standout. Pay attention to some of the great black metal riffing on this track, which reminded me of some of the riffs on Mayhem’s “Life Eternal.” The fourth song, “Poissa” bears a similar character, but has some different guitar techniques that weave in the palm-muted chugging of thrash and melodeath. Another notable highlight is the first single, “Vedestä Vieraantunut.” The drum roll at the beginning, as well as the songs steady and anthemic pace immediately recall the opening track to Bergtatt, Ulver’s atmospheric black metal masterpiece.

I don’t mention these other bands to accuse Vermilia of ripping them off. Quite the contrary: they’re more of a compliment. You can tell a lot about an artist by their influences, and Vermilia clearly has good taste.

Finally, “Mustan Taivaan Morsian” is the perfect close to a near perfect album, evoking feelings of glory, longing, and triumph. It’s good to hear a closing track that actually feels like an epilogue, rather than a throwaway outro track. It shows Vermilia’s excellent skill of putting different parts together to create a dramatic and captivating listen.

The use of clean vocals alongside harsh black metal vocals feels like a genuine mode of expression here. They make many of the songs stay with you long after hearing them, as do the riffs. The drums are worth mentioning as well. Vermilia avoids the trap of just using flowing drums all the time (looking at you, every other atmospheric black metal band with trees on the album cover!), and takes the time to give the drum parts some variation. This makes for a more dynamic sound that still retains the atmosphere that’s so crucial to this style.

I’m giving this album an extremely high score. The only thing stopping me from giving it a full 10 is that some of the more chugging riffs on certain songs take away a bit from the album’s cohesion. Also, the folk-heavy track “Maisema” is interesting and gives the album some variety, but it took me out of the experience. Perhaps on future works, Vermilia can dig further into the darkness and maybe try and incorporate some Engram-era Beherit into her sound. An extra touch of evil never hurts. But these are extremely minor quibbles. This is an incredibly impressive album from a new and unsigned artist. More people need to know about this act and get excited about it. 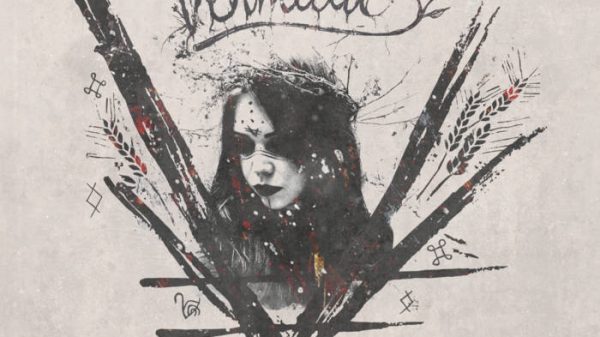 "The album remains the folk-metal record to beat for 2022, and Vermilia retains her place as one of the best folk/black metal artists working...