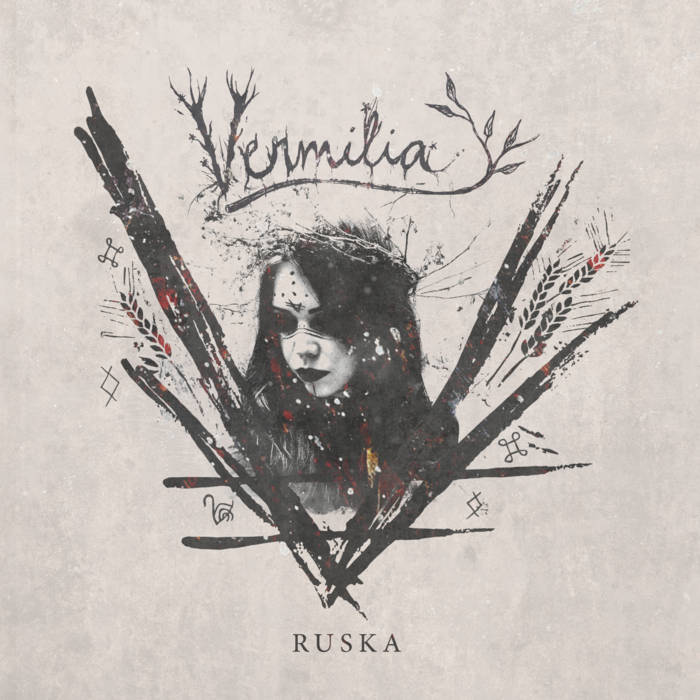 In 2018, Vermilia emerged from out of nowhere and released one of the best albums of the year, as well as one of the best folk-black metal albums of the last 20 years. Ok, so Finland isn't exactly "nowhere" in metal terms, but there had been almost no buildup or buzz prior to her releasing of a few tracks and emergence as a new and exciting voice.

Critically, Kätkyt avoided many of the common pitfalls of folk-influenced and atmospheric black metal. One, it didn't just present itself as Ulver's Bergtatt with the bar code etched off. Two, it integrated folk elements without descending into Paganfest 2008-era kitsch that, while good for a romp and a laugh, doesn't make for enduring material. Finally, it retained the grit, bite and fire of second-wave black metal in the growls, riffs, and pounding snares and kicks.

So with her style and aesthetic established, the only thing Vermilia had to do was… well, more of the same. And that's basically what she's done on her fantastic new album, Ruska. The album kicks off with the subtle and foreboding "Alkusointu" before launching into "Marras," a song descended from (but not a copy of) Ulver's "Capitel I: I Troldskog faren vild" with its pace and haunting atmosphere. Vermilia then cranks up the power levels with "Hautavajo."

This gives the album a similar starting point as Kätkyt, which started with the anthemic "Vedestä Vieraantunut," and then launched into the aggressive "Haudoille." But Vermilia also brings unique of sonic color to the canvas, including the use of piano on "Kuun Tytär," the infectious guitar harmonies on "Sanoittaja," and the traditional flute-like instruments on "Tuonen Joki." In particular, "Tuonen Joki" has that crowd-pleasing aspect to it in that I can imagine a huge crowd at Wacken pumping their fists in unison with the drums.

Another nice thing about the album is its length. Like Kätkyt, it's only eight-tracks long, ensuring that it doesn't overstretch your attention. The entire album flows together very well, and at no point do you feel the need to skip a song or fast-forward through a section. Vermilia has a unique talent for dropping memorable moments throughout her songs, whether it be a catchy guitar riff, a righteous growl, or a series of clean-vocal chants.

For me, the album's only fault is that I heard Kätkyt first. It's hard to beat the one-two-three punches of "Vedestä Vieraantunut," "Haudoille," and "Poissa." But the album definitely comes close here several times. The combination of tempos and vocal styles, along with the variation in aggression vs. contemplation, gives the work a genuine feeling of drama and excitement. In a just world, Vermilia would be approached by every film and TV company making pagan, medieval, or Viking-oriented productions and begging her to contribute to the soundtrack.

With Ruska, this supremely talented Finnish artist and composer has accomplished another triumph. The album remains the folk-metal record to beat for 2022, and Vermilia retains her place as one of the best folk/black metal artists working today.