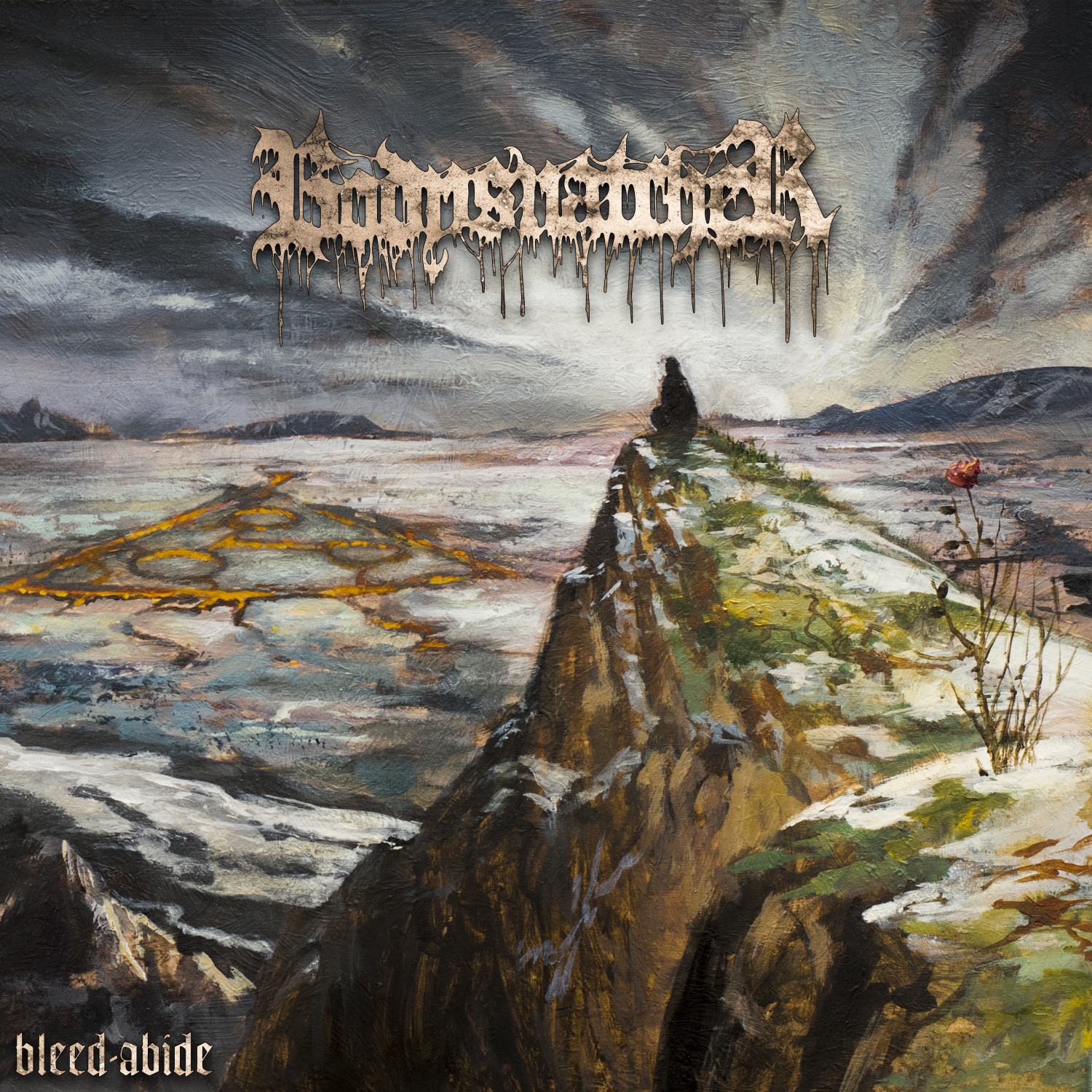 There's a reason Bodysnatcher can tour with Dying Fetus as easily as Lorna Shore and Ingested. The Floridians' feeds the primitive aggression of MySpace deathcore through a filter of downtempo and ultra-violent beatdown. Singles like "King of the Rats" make up for their straightforwardness by ensuring maximum impact at every opportunity. Perhaps this is why their newest record can supersede the trends, implementing hardcore and deathcore as they feel. Bleed-Abide might not be the most technical, or the most experimental, but it's a solid reminder of how good this genre can be in the right hands.

No deathcore album is complete without a pointless intro track. Seriously though, "Bleed" spends half of its minute-and-change in almost silence, and doesn't do much to set up "Abide" with a few chugs. Still, "Abide" cuts the tension with an absolute slug-fest. Bodysnatcher freshens up the descending guitar chugs/bomb-blast drumming combo with tight execution, dissonant embellishments and, customarily, a crushing slam riff. Kyle Medina's vocal style reflects this balance of new and old school, tempering feral bellows with nuanced restraint and technique.

Bodysnatcher uses no-nonsense beatdown grooves to vitalize songs like "Absolved Of The Strings And Stone." The track's intro gets away with the all-too-familiar syncopated double kick and china cymbals, because the next moment they're hitting straight ahead two-steps or a simple, yet effective hi-hat driven fight riff. These additions work so swimmingly alongside brutal-death-style chugs and harmonic squeals, that it begs the question of why the scene didn't catch on sooner. Riffs that matter here, in addition to detuned bottom string abuse.

Speaking of riffs, it's not surprising for Kyle Carter channeling Iowa-era Slipknot at the start of "Smashed Perception," but Bodysnatcher doesn't overcommit to any songwriting tropes. Carter and bassist Kyle Shope (what is it with Kyles?) even avoid the deathcore pitfall of killing time before the mosh part by approaching their punishing art as songwriters instead of breakdown merchants. In this way, the song's final slow-down comes like a muscle-bound thief in the night. What's even better is the way cuts like "Flatline" inject interesting takes on familiar ideas—be it Carter adding extra layers of atonality to his chunky riffs, or drummer Chris Whited cautioning the wind with break-neck tempo shifts.

While Medina knows his way around a tough-guy rant, his lyrics often take a more vulnerable angle. "There's a hole in my chest in the shape of you," certainly elevates "E.D.A." above z-grade horror movie scripts. His explorations of mental illness also remain potent on "Wired For Destruction:" "Uncertainty, it takes over slow/ It crawls up my spine/ I've never had control." Both tracks succeed in terms of destructive riff changes and gruff guttural growls, but Bodysnatcher uses this abject savagery as a vehicle for personal therapy.

Bodysnatcher's mid-tempo penchant services not only well-crafted lyrics, but a healthy balance of late 2000s deathcore and its 2020s counterpart. Take "Glass Prison," which harks directly back to the likes of Impending Doom with its bottom-heavy accents, bass drops and quarter note pulse. And yet, the band throws curveballs when it counts. "Hollow Shell" might begin with synchronized rhythms straight out of Whitechapel's This Is Exile, but the song's latter half dives straight into crowd-killing heavy hardcore—complete with a blood-boiling callout. The contrasting hues of rage make this track one of the most intense on the album.

"Value Through Suffering" highlights the final tool in Bleed-Abide's arsenal: atmosphere. It comes sandwiched between eerie guitar strains, which give way to chilling tremolo picking and blast-beating. While Bodysnatcher reverts back to its low-and-slow approach soon after, it's encouraging to hear them experimenting with their form without trying too hard. Similarly, the ambient intro of "Chaos" would've worked better as an intro for the whole album. Its creepy mood gives way to a tremendously vicious onslaught of sludgy chugs and escalating intensity—not quite enough for a full-fledged song, but still a fitting respite from the bludgeoning totality of Bleed-Abide.

Complete with string bends and sub bass drops, "Behind The Crowd" doubles down on Bodysnatcher's embrace of pure deathcore. Where others might pepper their songs with progressive rhythms or guitar solos to win over the elitists, these guys aren't afraid to run with a less-is-more philosophy—relying on concussive menace instead of self-important shredding. They refuse to apologies for the music they play, stripping back the structures of closing cut "The Question" as easily as they embellish them with brutal speed or emotional modulations. It all comes full circle with a final slow-down, and a nihilistic outcry: "I want to believe that I will see you again/ I don't want to lose control and fade away."

Those who dismissed deathcore back when Job for a Cowboy and Suicide Silence were popping off may have similar gripes about Bleed-Abide. The thing is, Bodysnatcher doesn't seem to care. They clearly believe in deathcore, and damn it, they do it really well. There's more than enough chaotic anger to keep fools swinging on each other. Best of all, they pull it off without having to jump on nü-metal or butt-rock for stability. Deathcore clearly isn't going anywhere as long as Bodysnatcher preserves the genre's initial spark.

Advertisement. Scroll to continue reading.
In this article: Bodysnatcher 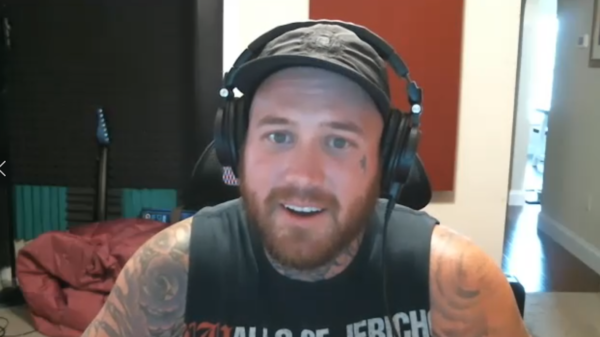 BODYSNATCHER's Drummer Names Who He Considers The Big Four Of Deathcore

Whited has some interesting (and warranted) choices. 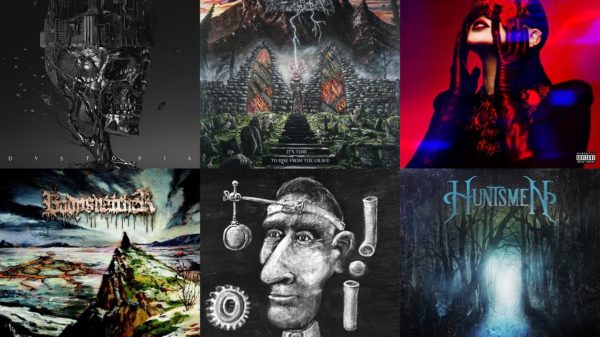 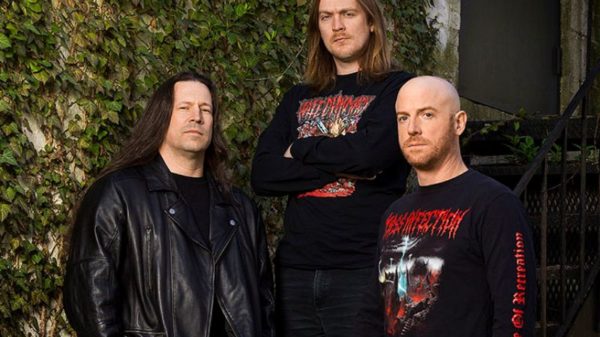 This will destroy you.