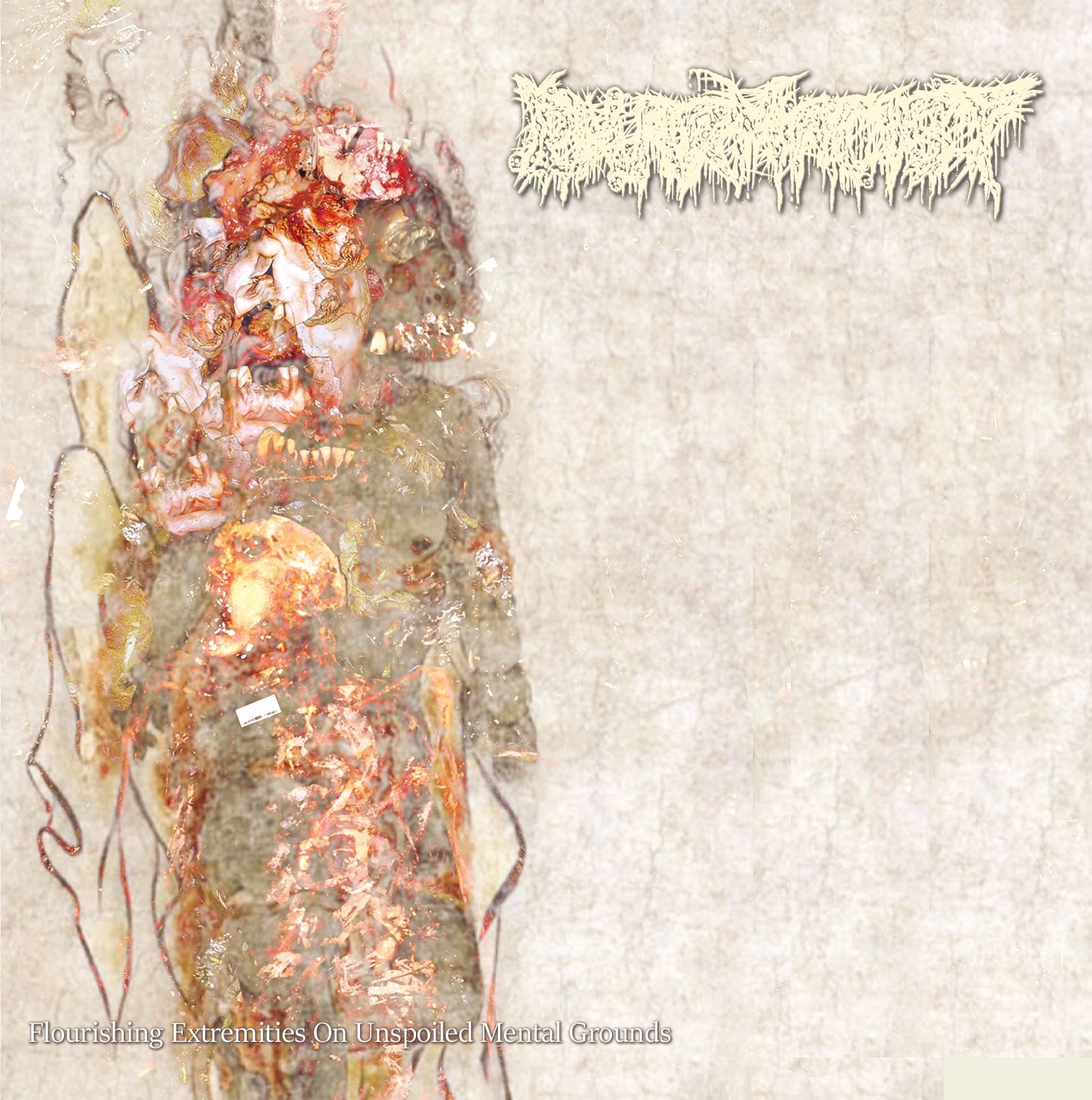 It bears repeating that in an era currently dominated by death metal, the best most bands can do right now is play the genre incredibly well. Carving out a niche is possible, reinventing the wheel is worth a shot, but playing it with all one's might and turning out tasty riffs right now is arguably the best move one can make. There is no shortage of riffs these days, but what if those riffs and approach can be well compared to another, major band's sound a la Carcass?  Therein one will find a Japanese death metal/grindcore unit Pharmacist.

Getting their start in 2020 when all hell broke loose, Pharmacist already has twelve releases to their name, including one full-length, and splits with the mighty Fluids, Expurgo, Oozing, and Egggore. On top of that, they have a few solo EPs, as well as some singles to their name. Slowing down is not in this band's blood so far. And here they are unleashing a brand new full-length for their latest death-dealing endeavor, Flourishing Extremities on Unspoiled Mental Grounds. And this round the band has brought on Andrew Lee (Ripped To Shreds, Houkago Grind Time) to help out with guitar duties.

If one is unfamiliar with Pharmacist's catalog, on the outside it would be easy to guess that they are a goregrind unit, maybe worshipping at the bloody altar of Reek of Putrefaction. Pharmacist are more akin to a Symphonies of Sickness sound though. Something that walks a harder line between death metal and grindcore without being a full-on deathgrind band. In fact, there maybe be no better example of this than the opening track "Accelerating Suppuration." The track starts off the record in an explosive fashion: heavy fast riffs coupled with blasts and some meaty drums. Before long Lee's solos are ripping left and right. This is the album right here, a seamless mixture of old school death metal blended with plenty of grindcore over seven tracks for a solid forty-six minutes.

The strength of Flourishing Extremities on Unspoiled Mental Grounds is in how ruthless it is. Save for one, every track clocks in over seven minutes. There is little downtime throughout the record. Breakdowns are few and far, but they exist on tracks like "Necromorph." However, bulldozing ahead with riffs seems to be Pharmacist's top priority. In a way, it shows a focus that, at this point, probably most of us have lost to social media addiction. Because Pharmacist will stick with some riffs or repeat sections a few times before switching things up again. More than an average death metal band would. And I stress death metal there because we know us grindcore listeners are short-circuited on blast beats.

And though the strength of this album may be in its momentum, it might also be its weakness to others. If riffs and death metal sell one on their time with an album, then this gory meal is going to be a tasty slab. For others, the album might come off as atonal, in that one could walk into this, have a great time and walk out without remembering much. But it is also possible that person is either getting not enough riffs in their diet or too many. We will leave that for the doctors to figure out.

Pharmacist's Flourishing Extremities on Unspoiled Mental Grounds is a fun, brutal slice of death metal/grindcore served with an old school Carcass attitude. It has the riffs, it has the shred, it has the heaviness. It will not take one back to the stone age but instead to the butcher's block. 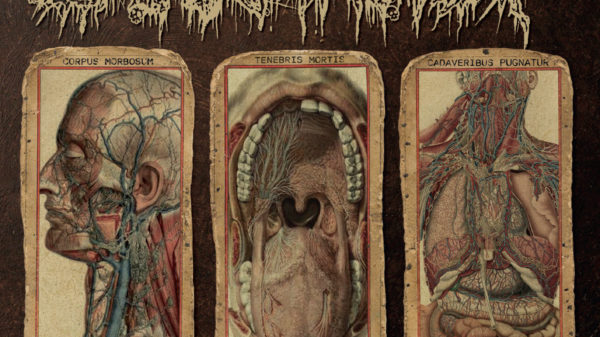 It’s Monday and Mondays suck, so let’s grind it out with an interview and premiere of Pharmacist’s new EP Carnal Pollution. Advertisement. Scroll to...