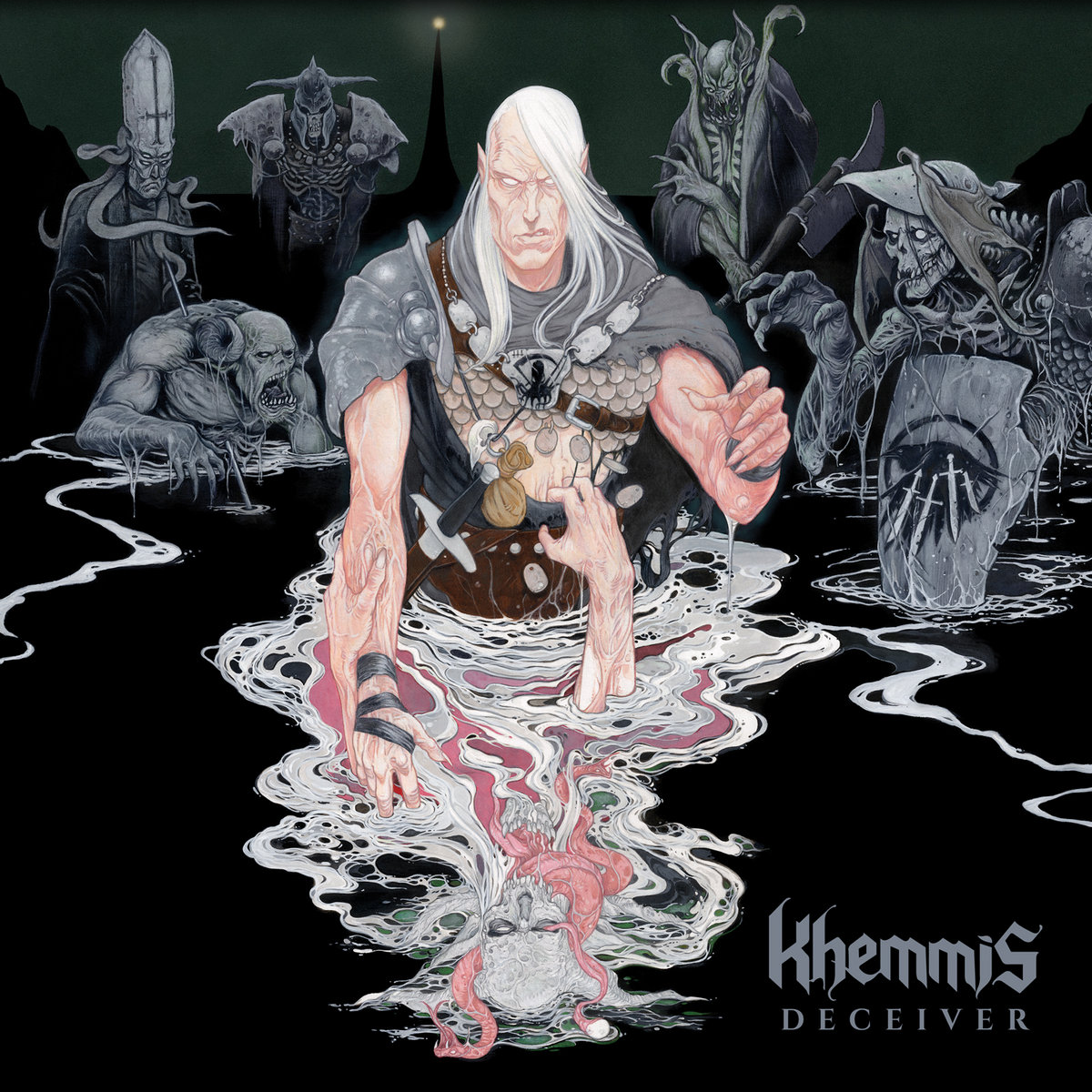 Denver doomsters Khemmis have always been critical favorites. Their first three studio albums have made numerous year-end lists as their following has steadily increased from 2015’s Absolution to 2016’s Hunted, and to 2018’s Desolation. With their new record, it should come as no surprise that their following will see another (potentially even larger) boost.

As to why the record is called Deceiver, vocalist and guitarist Phil Pendergast says, "Thematically, all of the songs are about the many ways that we are tricked into believing these stories about ourselves–that we are broken, that we are not good enough, that our genetics determine our fate. This title is the label that we put on our minds as a force that tricks us into believing these stories. The record's lyrical trajectory is similar to Dante's descent into an Inferno of his own making. It is our darkest album to date."

Like Desolation, Deceiver is six songs and about 41 minutes in length. But it's slightly less complex while incorporating plenty of variety. The proceedings get off to a quiet start with acoustic guitars on opener "Avernal Gate," but the heaviness quickly kicks in with memorable guitar riffs and solos. Melodic vocals are prevalent, with some brief harsh vocals near the end of the track.

"House of Cadmus" is doomier with a more moderate pace, described by Pendergast as like a lighthouse beam cutting through the fog in a dark night on the ocean, while "Living Pyre" has numerous ebbs and flows between heavy and mellow moments and a mixture of singing and harsh vocals. The singing on this song reminds me a bit of Trivium's Matt Heafy. It's a potent first half of the album.

There’s no letdown on the album’s back half. “Shroud Of Lethe” is reserved and introspective at first, before ramping up in intensity and featuring an extended guitar solo. The eight plus minute song could probably be trimmed a bit, but is engaging.

"Obsidian Crown" features nice guitar harmonies along with some of the album's strongest riffs. Once again brief harsh vocals are sprinkled in that provide an interesting contrast to the melodic singing. Closer "The Astral Road" brings things full circle, touching on some of the musical themes of the opener while moving on its own path.

Dave Otero, who Khemmis has worked with on all their full-length albums, is a versatile producer. He has worked with a lot of extreme bands such as Cattle Decapitation and Cephalic Carnage, but is equally adept at capturing the subtleties and dynamics of a band like Khemmis.

In an era of singles and playlists, Deceiver is an outlier, a cohesive collection of songs whose collective impact is stronger than any individual track. There's an overall atmosphere of darkness, but moments of beauty and light make for a well-rounded album that packs a potent musical and emotional punch.

They kick off their tour with Trivium tonight.