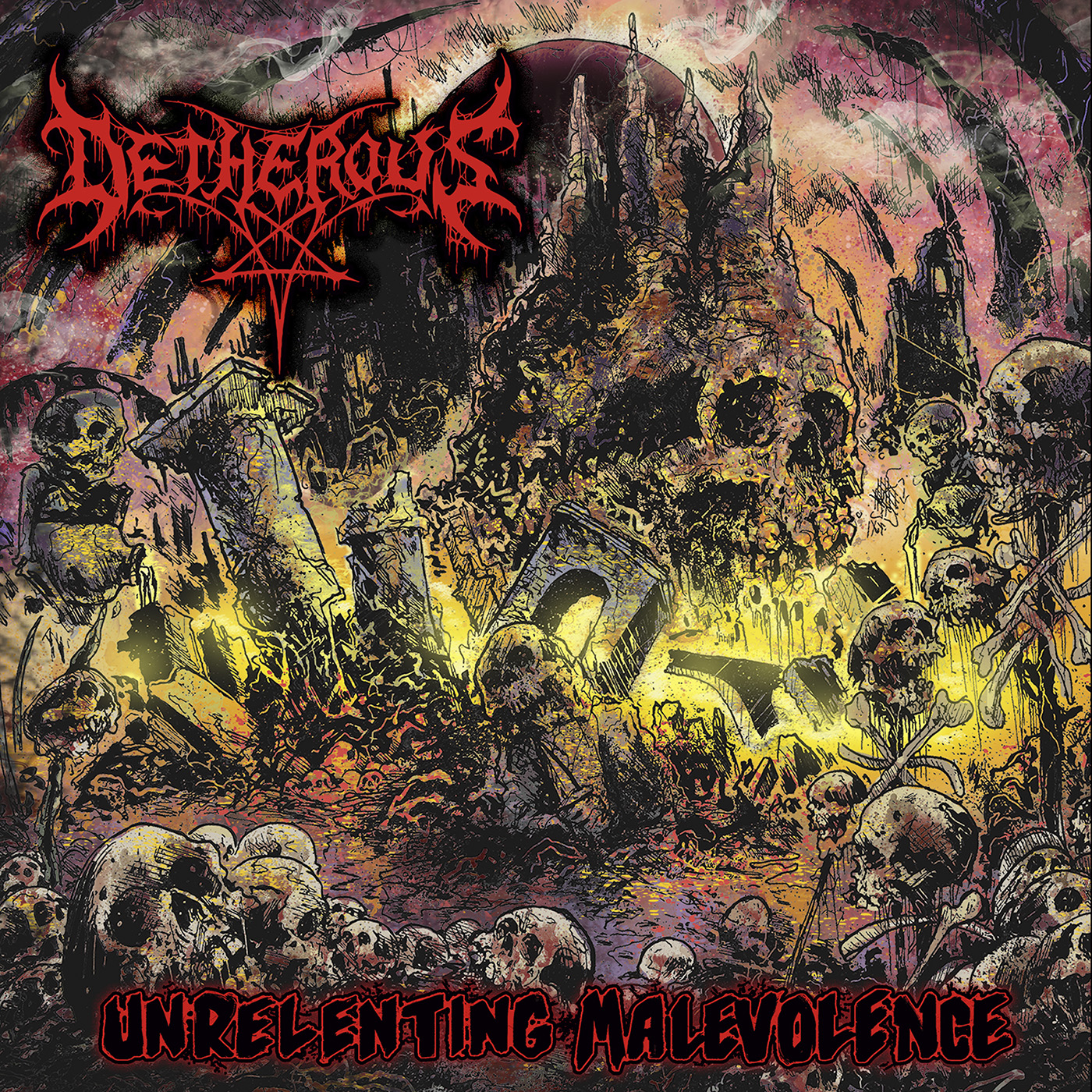 There is so much death metal out there nowadays. The sheer amount of new old-school death metal that's proliferated over the last five years inevitably recalls a Pareto principle-like scenario — in which 20% of the bands probably create 80% of the music that's worth listening to. If you're trying to keep death metal alive in 2022, you need to bring some real, raw energy to our ears if you don't want to waste our time. To that end, Calgary's Detherous is most definitely worth your time.

I should say upfront, that Detherous plays a very conspicuously "thrashy" style of death metal. But believe me, anyone who remembers the neo-thrash moment of 12 years ago knows that worthwhile thrash is an even taller order at this point. You need to grab the listener right away and keep the fire burning at maximum heat, and that's exactly what Detherous does on the opening track, "Interminable Mutilation." The catchy riffs and barbaric beats are perfectly suited to Damon MacDonald's ripping vocal delivery.

On the thrash side, the band blends elements of the 1980s Teutonic thrash titans — especially Kreator — with bits from early Death Angel, Morbid Saint, Dark Angel, and Sadus, and inevitably a touch of peak-era Slayer as well. On the death metal side, the band is definitely steeped in Abominations of Desolation and Altars of Madness-era Morbid Angel and, by extension, Angelcorpse. But as evidenced by their cover of "Skull Fracturing Nightmare," the band are also big fans of Demolition Hammer.

Unrelenting Malevolence really is a fitting title for this album, as it simply never stops coming at you. Every song is a salvo of speed and screams that makes you feel every bit of passion the band put into these songs. I was especially impressed with how the band put together songs like "Cataclysmic Devastation," "Suspended in Agony" and "Reek of the Decayed." As a fun little bonus, that last track I mentioned has guest vocals from Chris Monroy from Skeletal Remains (another solid band).

For a well-established style like this, creating something that stands out often comes down to how well a band can construct the various parts. How does a band put their own "spin" on a style that's already been spun to death? Detherous somehow manages to place the right riffs in the right places, the most insane solos at the most fitting moments, and the terrifying screams at terrific timings.

Additionally, drummer Dimitri LaRose really can do no wrong here. The sheer punishment at the beginning of "Erosion of Reality" just feels so right, as does the fist-pumping verse. It's this dynamic that makes for a great pit song, the kind that makes you remember the experience of seeing a band play live ("and then they did this … but THEN they did THIS").

Too much death metal feels predictable and stale today. Detherous is the kind of band that makes non-metalheads cover their ears in disgust, and makes devotees like us turn it up ever louder in response!

In this article: detherous 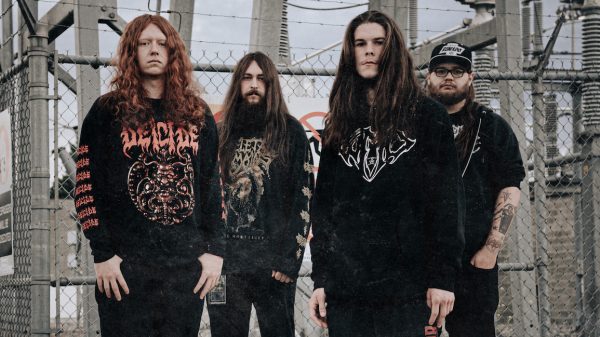 DETHEROUS Implements Their "Gruesome Tools of Torture" On New Song

About being surgically dismembered.