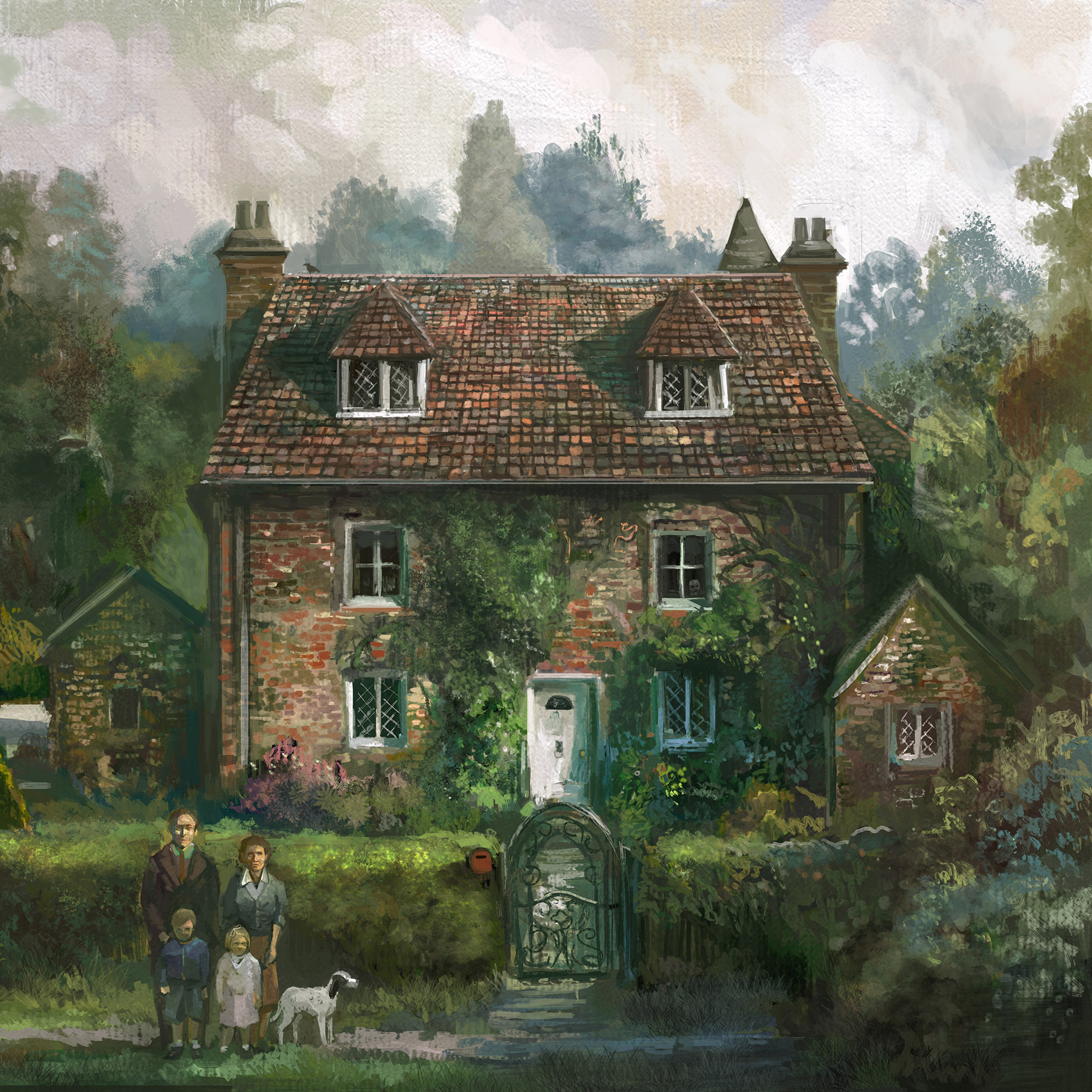 English troupe Dawnwalker define themselves as “a collective of musicians . . . [whose] music blends modern metal with experimental rock and progressive influences.” Spearheaded by guitarist/vocalist Mark Norgate, the septet have accomplished quite a lot since beginning as a home studio project back in 2012. Naturally, their fifth LP, House of Sand, continues their creative and philosophical expansions. Intentionally “darker” and more “idyllic” than the “post and folk metal influences” of 2020’s Ages, it’s a broodingly pastoral excursion that fans of their prior work—as well as groups such as Agalloch, Midlake, Ulver, and OHHMS—should enjoy quite a bit.

The band wrote House of Sand as a means of exploring “the darker side of the human psyche and a spiritual malaise… which, once contracted, gradually destroys all in its path.” For sure, a grand sense of dissonant fatalism permeates the entire trek, with overt allusions to seminal artists such as Opeth, Kate Bush, Radiohead, and Mansun in full effect. It also sounds wonderfully organic since it was recorded in complete live takes without “click tracks or synthesized instruments.” Thus, Dawnwalker have once again crafted a richly textural, intellectual, and melodic collection.

Opener “R.I.P” establishes the album’s prevailing fusion of poetic lyricism and abrasive yet charming post-rock tenacity. Stanzas such as “At your wit’s end / The demon dwells on our sins / You’ll be in a better place soon” are beautifully foreboding. Recited via death growls and dejectedly clean harmonies—and backed by a cacophonous mixture of sharp guitar chords and violent rhythms—it kind of feels like the musical offspring of The Decemberists, Enslaved, and …And You Will Know Us by the Trail of Dead.

Most of the remaining dozen tracks play around with this template in unique and interesting ways. For instance, Roisin O'Toole blankets “Demon of Noontide” and “False Doors” with ghostly rustic singing, whereas “Repeater” includes lovely acoustic guitars and pianos. Perhaps the best of the bunch, however, is “Standing Stones,” a striving fusion of all those things that’s decorated with gorgeously morose strings. Even the title track (an inventive cover of the Elvis Presley original) receives a characteristic sequel near the end of the record.

Adding grand eloquence to the collection are several pieces that emphasize spoken narration and bookish references. Primarily, “The Witness” is essentially a gloomily bucolic instrumental with troubled monologuing that builds to an excerpt from Percy Bysshe Shelley’s multipart poem “Adonais: An Elegy on the Death of John Keats.” Afterward, “The Prisoner” lends a sparser backdrop to similar contemplations, and the heavenly cathartic “The Master” sees former drummer Alastair Mitchell returning for metaphysical commentary reminiscent of those that began The Moody Blues’ late 1960s opuses.

House of Sand is a mesmerizing journey brimming with countryside chaos and literary meditations. It effectively differentiates itself from Ages in numerous ways while also feeling like a proper follow-up; therefore, it perpetuates Dawnwalker's ability to reinvent themselves while maintaining a distinctive and consistent identity. There's a classiness and scholarliness to it all that keeps you coming back for more, allowing the group to sustain their place amongst the top acts in their field.