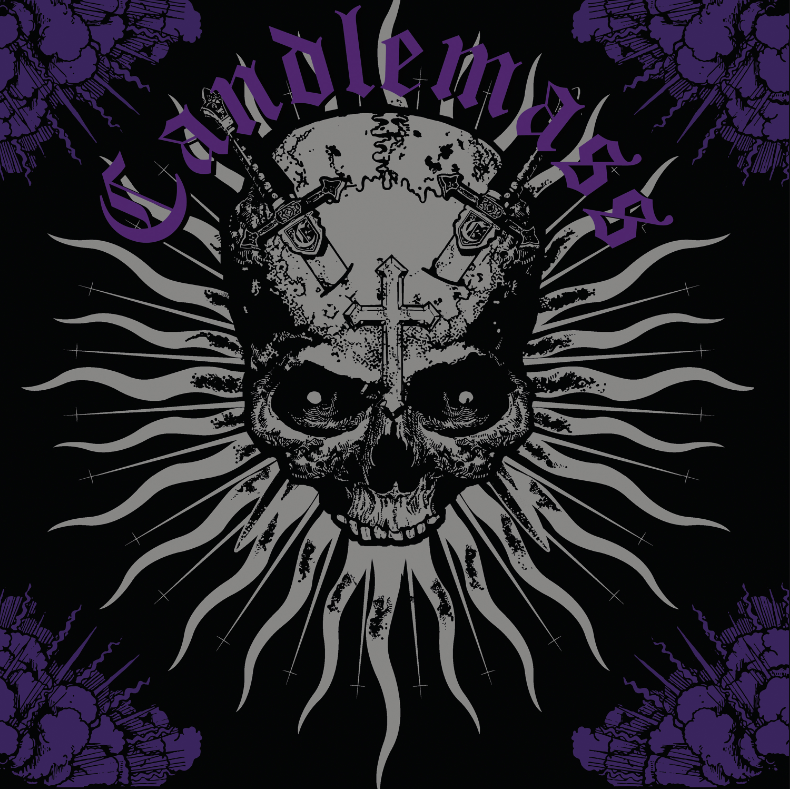 The epic doom pioneers Candlemass have returned with their 13th record, Sweet Evil Sun. This spellbinding effort marks Candlemass' first studio album since The Door to Doom. When Sweet Evil Sun drops on November 18 via Napalm Records, your world will darken: Candlemass 10 new tracks will prevent you from venturing out into the light of day for quite some time. — Sweet Evil Sun will nail you to your seat with killer riffs, as if you've been "Crucified."

Candlemass was founded by songwriter Leif Edling in 1984. The Stockholm-based group's lineup currently consists of Edling on bass, Lars Johansson on lead guitar, Mats "Mappe" Björkman on rhythm guitar, Janne Lind on drums, and Johan Länquist on vocals, best known as the singer behind Candlemass' classic, debut album, Epicus Doomicus Metallicus. In 2010 and 2011, Länquist participated in some 25th-anniversary reunion shows, one of which resulted in the recording, Epicus Doomicus Metallicus — Live at Roadburn 2011. However, Länquist did not truly return to Candlemass until 2018.

Needless to say, Länquist's voice and delivery have changed over the years. Nothing can stay the same, and that's not a bad thing. Headbangers will be pleased to learn that Länquist still sounds amazing. His dramatic performance commands respect and gives you the impression of being in the presence of a battle-hardened metal warrior. Partially owing to Länquist's contributions, Sweet Evil Sun is reminiscent of a theater soundtrack. Thus, even your non-metal friends are gauranteed to love this album.

Sweet Evil Sun certainly is a sweet piece of ear candy, but is it sufficiently evil?! The product is polished and well-thought-out. Although Candlemass makes a Herculean effort, a portion of their latest work seems forced. Depending upon what type of listener you are, you might be left craving a greater sense of danger than the songs actually impart. The doom element is sometimes diluted by other ambitions. Despite its beauty, the music could have more of a visceral impact on its audience.

At times, the lyrics read like a colorful patchwork of genre-determined clichés. "Black Butterfly," for example, is a mesmerizing track that suffers from phrases that seem misplaced. After sneaking in the epithet "Children of the Grave" in homage to Black Sabbath, we are faced with the following lines that don't quite land: "Child, you are the butterfly. You live and you die." Similarly, a thoroughly awesome and menacing interlude is interrupted by an exclamation that, in context, makes us think of children's rhymes: "And I wonder who you are." Fortunately, Candlemass still wields enough star power to keep on twinkling through questionable moments like these.

The title track and "Scandinavian Gods" have already been released with accompanying music videos. Edling has described the latter as "Slayer meets Queen and Judas Priest." "Devil Voodoo" is another album highlight. When "Death Sighs" is a moment that is likely to prove polarizing. The female vocalist on this duet is Avatarium's Jennie-Ann Smith, the wife of Sweet Evil Sun's producer, Marcus Jidell. Whatever your initial feelings may be, this number is an earworm like the rest of Sweet Evil Sun. You will be singing these songs in your sleep. — Sweet Evil Sun will grow on you every time you revisit it. The record closes with the instrumental "A Cup of Coffin," which ends with some whistling and applause.

In the end, you're doomed to enjoy Sweet Evil Sun. This wicked journey is definitely worth experiencing. Candlemass' veteran musicians have concocted a quality offering with a unique sound. Sweet Evil Sun teems with pleasing tracks that will serve as perfect additions to your multi-purpose playlists. Thank you, Candlemass, for this majestic and memorable release.

In this article: candlemass

"It would have to be an event, an anniversary for an album. That door is open."