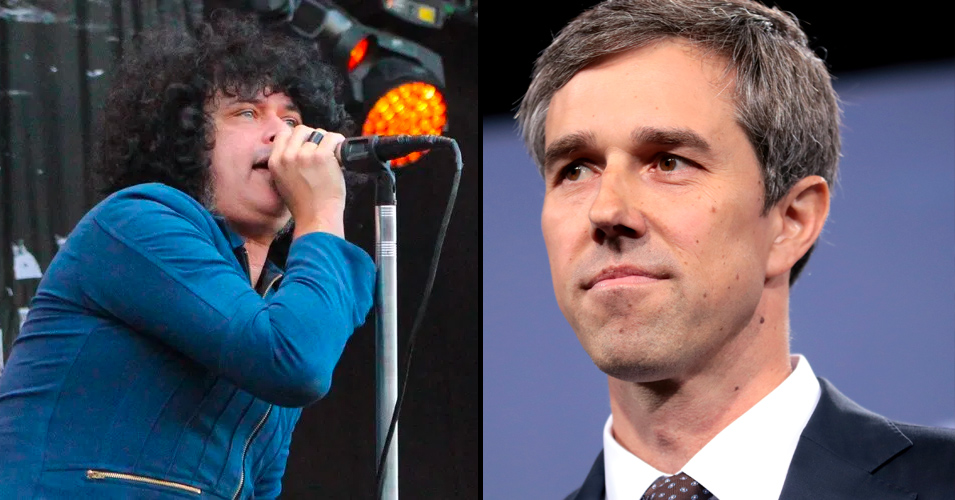 The last few weeks have been pretty intense in the Democratic field for the presidency of the United States. Yesterday was Super Tuesday, the largest day for primary voting and Joe Biden came out winning the most states, with Bernie Sanders winning the largest, California. All in all, the delegate count is pretty close – this race is not over by a long shot.  Interestingly, the political pick of At the Drive-In and The Mars Volta singer Cedric Bixler-Zavala diverges from that of his former bandmate, Texas representative Beto O'Rourke.

O'Rourke officially endorsed former Vice President Joe Biden earlier this week. Meanwhile, Bixler-Zavala had the opposite reaction, posting to Instagram a photo of Bernie Sanders with the caption "No thank you Biden," The photo itself said "Team Bernie All The Fucking Way."

A fan asked Bixler-Zavala if he denounced Beto for his Biden endorsement and Bixler-Zavala responded "Denounced in the comatorium," a play on The Mars Volta's debut album title De-Loused in the Comatorium.

Bixler-Zavala and O'Rourke formed a punk band in the 90s called Foss. The story made headlines when O'Rourke was running for a senate seat in Texas.

No thank you Biden. 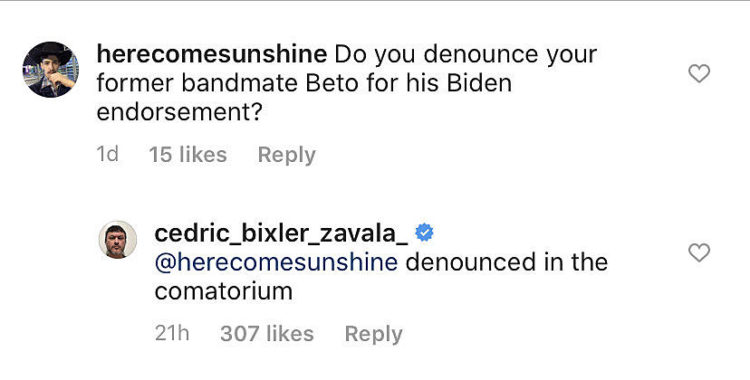 In this article: at the drive in, Cedric Bixler-Zavala, THE MARS VOLTA