RAMMSTEIN Guitarist Condemns Russian Fan Being Charged For Sharing Band's Music Video
Apparently, because Beto O'Rourke was in a rock band, he shouldn't be in senate?

Before Beto O'Rourke was a three-time Democratic congressman in Texas' 16th congressional district, the dude may have enjoyed to rock once or twice. Indeed, O'Rourke was in a band in his youth and this "controversial" information was "exposed" by Texas Republicans.

I use quotes when writing "exposed" because it seems the Texas GOP is reeling as O'Rouke, who is running for a Texas seat in the U.S. Senate, is closing in on his opponent, Republican senator Ted Cruz. I guess the strategy of the GOP was to expose that the guy isn't suited for office, or perhaps question where his priorities were, but instead, accidentally made him look cool?

The band Foss was co-founded by O'Rourke and vocalist Cedric Bixler-Zavala, who went on to much greater success with the bands At The Drive-In and The Mars Votla. O'Rourke was heavy in the local punk scene, as Rolling Stone uncovered:

On breaks from school, he’d return to El Paso, and its burgeoning DIY scene. Ed Ivey, bassist for the seminal El Paso punk band the Rhythm Pigs was producing shows at a venue called the Campus Queen. O’Rourke remembers that Ivey, who he still thinks of as an “elder statesman” of punk rock, “would be at the door taking your five bucks, or three bucks, or whatever it was.”

The Campus Queen was where O’Rourke first encountered Bixler-Zavala, who was performing Misfits covers with his band, Phantasmagoria. “I’m a junior in high school, and this guy is like a freshman, and he’s singing in this amazing band,” O’Rourke recalls. “He had long black hair and everybody wore the black wristbands.”

The tweet was supposed to point out that O'rourke has not returned Cruz's challenge to debate last week. But all it did was make people aware that this guy running for Senator against the guy who campaigned for Trump after Trump linked his father to the Kennedy assassination and mocked his wife. Does anybody actually like Ted Cruz? O'Rourke has an outside chance of winning, but Cruz's base is strong and this is Texas. The polling is getting close.

At a time when politicians seem to be struggling with being relatable to their constituency, it seems Texas Republicans made it a little easier for O'Rourke to seem like an every man.

Here he is grabbing a supporter's skateboard for a quick shred after a rally:

Rolling Stone posted a single from O'Rourke's band, if you're curious.

[Thanks for the tip, Max Frank]

In this article: at the drive in, beto o'rourke, ted cruz, THE MARS VOLTA 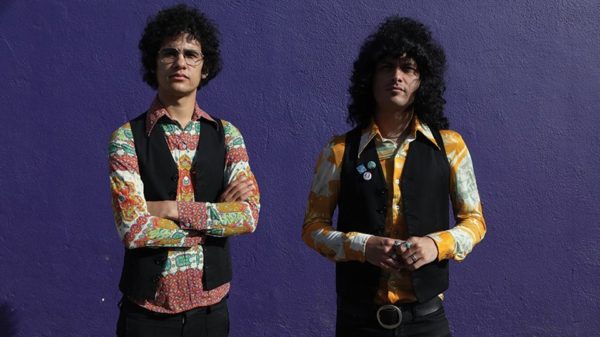