Metal Masters 5 All-Star Jam Shaping Up To Be The Biggest One Yet, Streaming Exclusively on GearGods.net!

The last time the Metal Masters clinic happened, there was some ridiculous jamming from some of the biggest names in metal including Phil Anselmo, Kerry King, and the rest of the Metal Masters will be heading to Aneihem, CA for the first time ever and they're bringing some new friends.

Rex Brown and Phil Anselmo in the same building? You know what happened the last time they were in the same place at the same time.

More metal masters will be added in the weeks leading up to the event, to be announced on Gear Gods and the Metal Masters Facebook page.

Samson's Mark Menghi, who puts together the events is pretty pumped about this event:

“Metal Masters started out as two bassists teaching a clinic and has gone on to become a spectacle that includes some of the greatest musicians that defined a genre. What better way to learn, than seeing these amazing performers up close and personal teaching their own personal techniques of the trade. Metal Masters has always been about doing something special for the fans and that will never go away.”

Tickets for the all-ages once-in-a-lifetime event are available now for $25.

If you can't make it down to Aneheim, don't you worry. Our newly-launched sister site and gear authority, Gear Gods, will be streaming the entire event live as a part of Gear Gods' extensive "NAMM Week" coverage.

We're going to be there, are you? 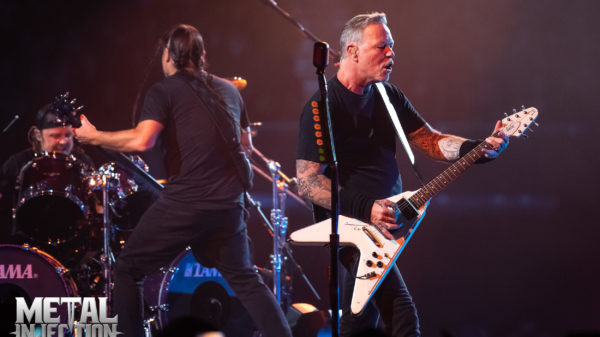