And it all went down during Iron Maiden's last gig of their seven-month World Piece Tour in Dortmund, West Germany at the very metal sounding Westfalenhallen Arena. Maiden would join one of the greatest heavy metal lineups ever for the two-day Dortmund Rock Pop Festival along with Judas Priest, Scorpions, Ozzy, Def Leppard, Quiet Riot, Krokus and Michael Schenker Group (MSG).

The festival was filmed and came out on DVD back in the day along with some bonus footage of Iron Maiden (with Paul Di'Anno on vocals) performing at the Beat Club in July of 1981. The festival, was allegedly broadcast live on German public television, but the footage of Iron Maiden kicking the shit out of Eddie, effectively "killing" him on stage was omitted from the broadcast because it was deemed "too violent" to show on German TV. The footage was also cut from the Rock Pop Festival DVD, but it has managed to show up elsewhere in Iron Maiden's DVD history. Which is great news because watching the members of Maiden give Eddie what honestly appears to be a pretty brutal beating is one of the greatest moments in heavy metal history. And since you can't really kill Eddie (he's already dead you know), he would be resurrected as an Egyptian deity on the cover of Iron Maiden's 1984 album, Powerslave.

The footage of the "Death to Eddie" frenzy starts at 2:42 when Eddie lumbers onto the stage in his straitjacket and chains. Bruce attacks Eddie first, ripping out his brain, then curb stomps him while he's down. Then, Dave Murray takes his guitar and starts smashing Eddie with it, as well as swinging it wildly into the Marshall stacks on the stage. Then Bruce comes back for more. Every time I watch this footage, I can't help but wonder if the person inside the Eddie costume got extra hazard pay for this. Though any true Iron Maiden fan would probably consider it an honor to have their ass kicked by the band while they performed the track "Iron Maiden." 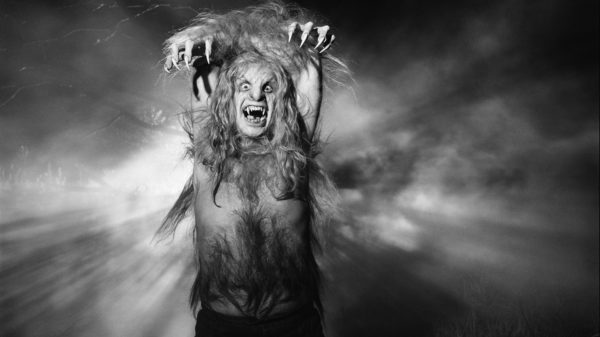 Fantastically Hairy Outtakes of OZZY OSBOURNE From The Bark at the Moon Photoshoot, 1983

After releasing two of the greatest metal albums of all time, Ozzy took a break as he struggled with the grief of losing his...

What's More Badass Than Tom Araya's Cover Of Mötley Crüe's "Looks That Kill" in 1983? NOTHING!

1983 was a pretty great year for heavy metal, and many metal bands would release albums which to this day are coveted by headbangers....