Tech-Death Tuesday: Bask In The Brilliant Brutality Of POSTHUMOUS BLASPHEMER And DEFORMATORY

LOATHE Cancels European & UK Tour To Focus On New Music
In today's edition of Tech-Death Tuesday, we focus solely on bands bringing a sickening brutal edge to their technical craft. Choosing Posthumous Blasphemer and Deformatory as the targets for this exploration into mind obliterating murder music.

Hey there tech-fiends! I hope at least some of you all enjoyed last week's format detour into a full stream of the new Michel Anoia. As far as technical death metal goes, they are definitely weirdos on the fringe. So I understand if they aren't everyone's bag. Still, I felt their music was unique enough that it warranted doing a stream for it! So this week we can get back to normal with technical death metal that barrels over you like a train. Then continues the onslaught even after you're dead. Which is to say, that this week's edition won't feature a prog oriented tech-death band as usual. Instead, it's a double barreled offering of mayhem and balls-to-the-walls brutal edged madness. If you want to check out any prior installments to this series you can find them here.

I've been following and praising these Belarus based bastards for several years now, and they only get better with each release. Don't let the cover art for Exhumation Of Sacred Impunity fool you, this is far greater than your typical technical brutal death metal band. There is some serious songwriting skill and chops on display here that give this its own sound. As well as being chock full of memorable riffs and leads on every song to a degree often missing in this kind of music. I'm going to guess it could be awhile until we get to hear a new Posthumous Blasphemer, so for now, be on the lookout for their guitarist Alex Fiendharon's side-project, Anti-Earth to drop some debut material later this year.

Canadian tech-death act Deformatory forgo some of the more sophisticated shred heavy beauty that Posthumous Blasphemer inject in their music in favor of tech-death more akin to early Cryptopsy with shades of Origin. Malediction feels like a massive pummeling that immediately overwhelms the senses. They do so with obvious nods to old school death metal at the same time. While the main focus is on cruel hyper-blasting and endlessly racing riffs, there is plenty of diversity from song-to-song and moment-to-moment. The dark and dissonant dimension to their sound really gives Malediction a uniuely creepy and foreboding atmosphere which I think adds a lot to this record. Which all comes together for a pretty neat listening experience from start to finish. As it stands, I think Malediction is a big step up for Deformatory over their last record, In The Wake Of Pestilence. Deformatory-Malediction just came out on February 5th through CDN records. It can be ordered at their bandcamp, or through their label.

In this article: Deformatory, Posthumous Blasphemer 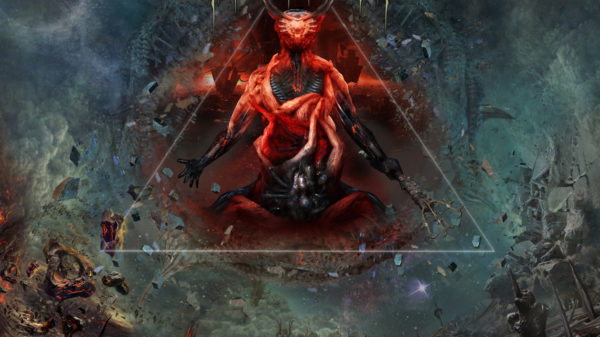 DANK SLAMS: Old-School Floridian Brutality Gets The Canadian Treatment With DEFORMATORY's Cover of DEICIDE's "Once Upon The Cross"

With swamp-ass season behind us, it's once again time to head into the basement and dust off the old skankity dankity. Early forecasts suggest...