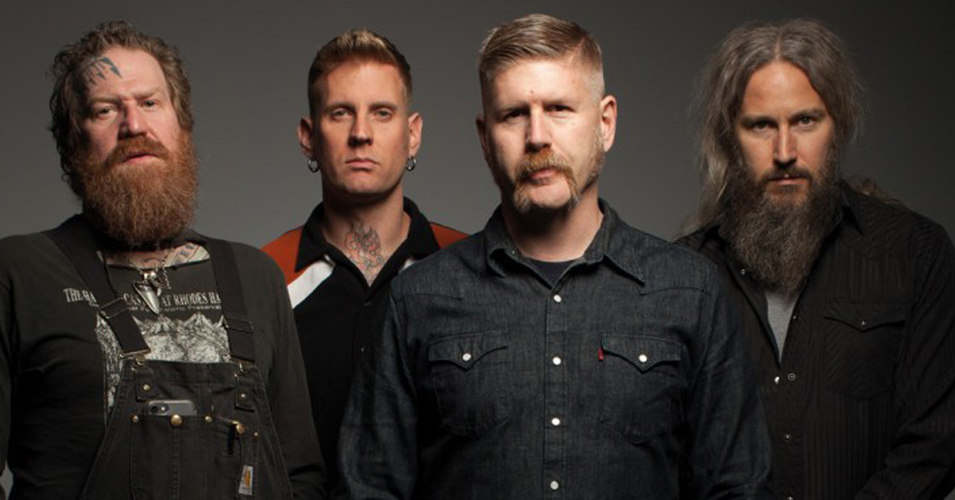 Mastodon contributed a new song called "Rufus Lives" to the Bill & Ted Face the Music soundtrack alongside artists like Lamb of God and Animals as Leaders. Drummer and vocalist Brann Dailor and guitarist Bill Kelliher recently sat down with Rocksound and discussed the contribution, saying it was originally an idea for the new album.

"The song was something that was sort of in the works, you know?" said Dailor. "It was pretty recent, maybe six months ago. I was going over to Bill’s, and I’d had probably more than a pot of coffee already, and was just amped up, ready to rock!

"He started playing guitar, we put this thing together, it wasn’t even 10 o clock in the morning and we already had this fast, crazy thing going on. It just sounded cool. That was the beginning of it. From there we wrote the song pretty quickly, and then when Bill & Ted came around, they wanted something very specific for a specific scene in the movie.

"They sent us the scene, and it needed to be like party rock ‘n’ roll. We sent them a couple things, but they were a little doomy. It’s hard for us not to be doomy, you know? They were like, ‘It needed to be at a party, not a funeral!’ And we were like, ‘Okay, we’re sorry!’

"The notes that we all gravitate towards are all minor, spooky notes, Black Sabbath. That’s where we live, spooky! But I think we were able to maintain our aesthetic and our musical personalities, and give a party rockin’ song. It’s basically like, ‘You’re at a party, you’re in the woods, everybody is having fun, what’s on the stereo?’

"That’s the song we needed to write, and what we tried to do. Then we took the situation that Bill & Ted were in, and we applied it to the lyrical content. So I’m singing in it, and Troy’s singing.”

"When I was a teenager I liked Bill & Ted and thought it was cool, though that was like 35 years ago!" added Kelliher. "We got an email from someone there who must be a fan, like the music director, and they wanted us to write a song for it.

"We had like, 25 songs written for the new record, so could probably find one that would fit along with their soundtrack. There was one we’d written the week before that was heavy hitting, one of the better songs that was gonna go on our record. It’ll be out in a couple weeks, and it’ll be cool to be tied to that.

"I enjoy writing songs that are going to be in movies. If I ever get to go to the movies again, seeing it on the big screen and hearing it full surround sound stereo, it’s awesome: like, ‘I wrote that riff!’"

Kelliher later discussed the band's new album, which will center around the loss of band manager Nick John.

"We have been working on a brand new record since October really. So we’re getting ready to record that soon, but it won’t be out until next year some time. You’ve got to stay sort of active and keep putting out music. Times are changing. I don’t know if we’re going to be able to tour next year, so is it worth it putting a record out, does it make sense?

"I always want to put music out, but is it one of those things where you put a record out, it goes straight to Spotify and because there’s no money being made off of it, you can’t survive? If you can’t tour and go out and sell merchandise, those things go hand in hand. It’s like a free giveaway, really."