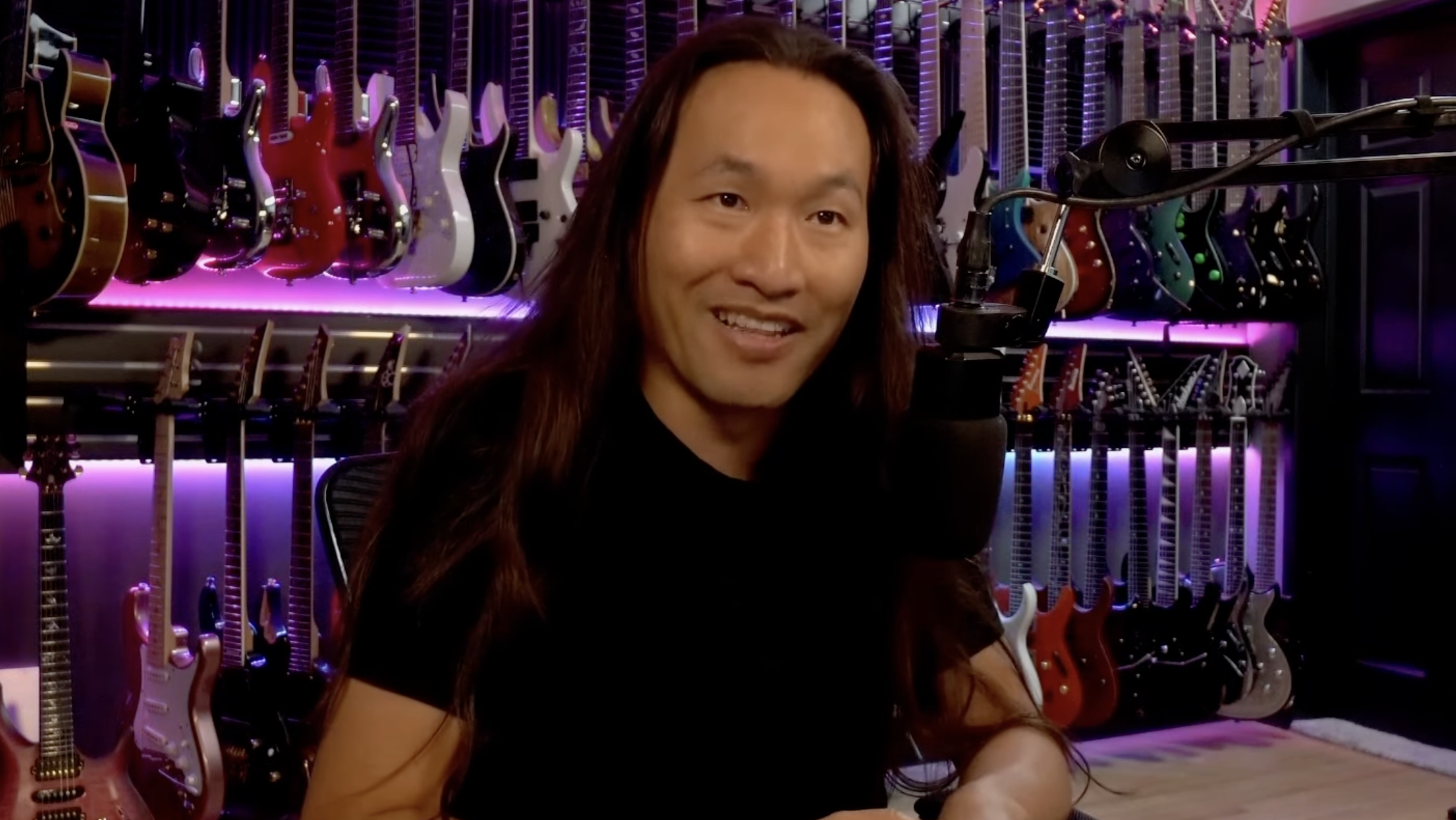 Dave Mustaine freaked out on one of Judas Priest's roadies during Megadeth's performance at the Barcelona Rock Fest on July 2. "We'll wait till he's done checking his guitar over there," said Mustaine to the crowd about nine minutes into the below video. "The last night of the tour — we went all the way to the last fucking night, and then some pussy over on the stage next to us has to start playing while we're playing. How fucking pathetic, amateur piece of shit you are." Mustaine then asked if Megadeth could proceed now before calling the person a "fucking cunt" and flipping them off.

And while Mustaine's reaction may have been a little severe, Dragonforce guitarist Herman Li totally gets why he did it. "I've gotta defend Dave Mustaine on this one, in some way," he said (as transcribed by MetalSucks). "Look, I've done a lot of festivals — not as much as him — but it's super annoying when you're playing the show and you hear the other stage next door, just doing the line check. You're supposed to have a silent line check. You're not supposed to have an amp blasting next door that you can hear while you're playing…It'd become pretty annoying. You're doing a show, it takes you out of the game, you start making mistakes…

"In defense of Dave, that's super annoying! I know you're a headliner, but I'm doing a show right now! I need to play! If I play shit because some guy's blasting guitar on the side, it's not fair, and it's not something you should be doing, especially at that level.

"He probably shouldn't have flipped that guy off in front, and gotten the fans to talk shit about him, but God, c'mon! We're musicians, when we're in the moment, we react."