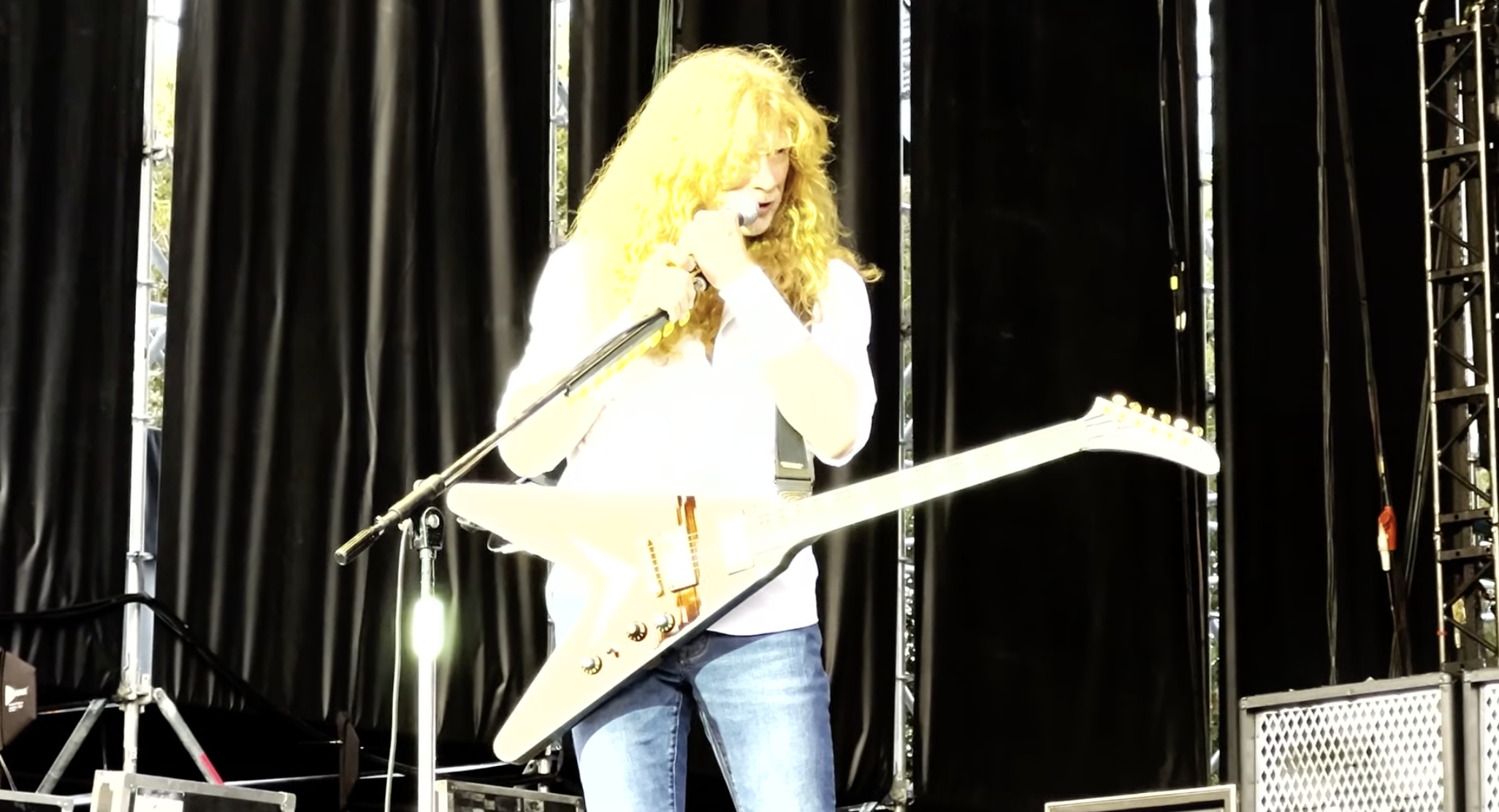 Megadeth frontman Dave Mustaine did not have the best of times at the Barcelona Rock Fest on July 2. According to a video uploaded by metalreporterjuso, Mustaine got irritated with a roadie preparing a guitar on the stage of the stage right after Megadeth played "Trust" (and funnily enough after "Angry Again.") The video alleges the roadie was one of Judas Priest's, though that hasn't been confirmed. The flipout comes about 9 minutes into the above video.

"We'll wait till he's done checking his guitar over there," said Mustaine, before laying into the person a little more (as transcribed by Blabbermouth). "The last night of the tour — we went all the way to the last fucking night, and then some pussy over on the stage next to us has to start playing while we're playing. How fucking pathetic, amateur piece of shit you are."