Gary Holt On The End Of SLAYER: "Jeff Should Have Been There. I Just Held The Fort For Him" 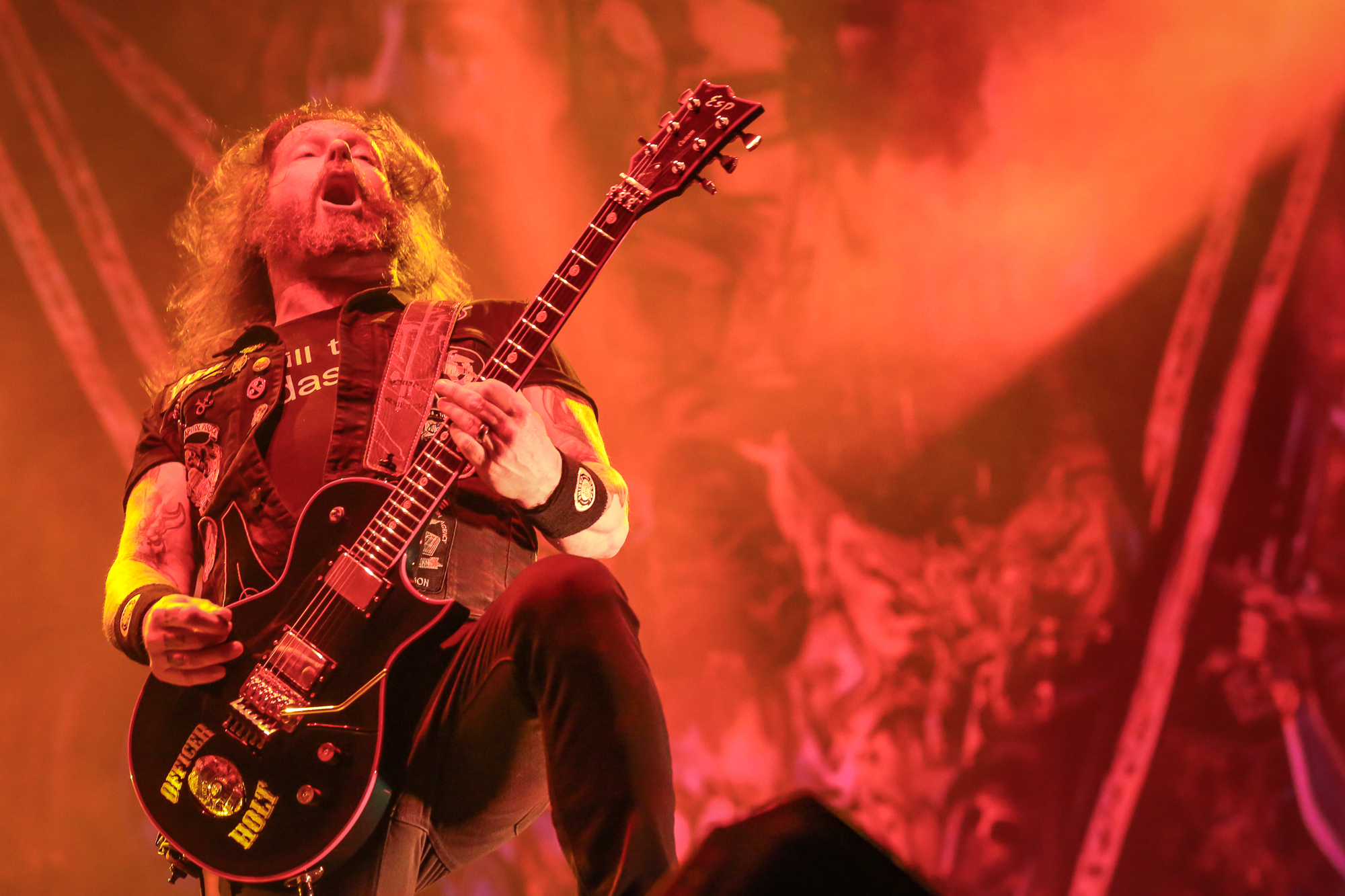 Slayer played their final show ever over the weekend, and if guitarist Kerry King's wife is to be believed, there will never be more Slayer shows or music ever again. So this is basically the end of Slayer, save for some legacy stuff.

Now live guitarist Gary Holt has released a pretty lengthy statement on the end of the band. Holt has been Slayer's live guitarist ever since the passing of founding guitarist Jeff Hanneman in 2013, and Holt is more than thankful for the experience. Holt also ends his statement with something pretty sentimental – he shouldn't have been there. It should've been Jeff that saw this band to the end of its career.

“Now that the final show has come and gone, I just want to send a heartfelt thank you to everyone who supported me stepping into this monster called Slayer. Last night was a whirlwind of emotions for all four of us. I want to thank @tomarayaofficial , @paulbostaphofficial and KFK, Kerry Fucking King. I will miss so much more than just sharing a stage with you guys.

I’ll miss the jokes, the penalty shots for our onstage fuck ups, the philosophical discussions, the fart jokes,the millions of laughs, the songs, the bus ride movies and more shots. MASSIVE love to all three of you. All at RSE, Rick Sales, @sassys8n , @ehgon , and @ndrewstuart . Always made me feel like part of the family. Our stellar crew, especially @sai_lhung_ , one of my best friends on this earth. RESPECT!

And @kygriller for joining me in this last run , love you brother , and Robb Philpotts @bigred_guitarsanddrums , and @geewilliea who also worked in my guitars for me. All did an outstanding job! @sandraarayaofficial and @slaywhore and Amy, much love to all of you.And anyone I forgot to mention, thanks!I thank @davelombardo , we had some great times together, day drinking and hunting for a good kebab!brother to me always!

And to the Slayer fans, thanks for making me feel welcome, it’s been a special and magnificent metal journey. Three epidurals, seven cortisone injections, trigger point injections, all to keep me in raging mode. Worth every second of the pain. Forever honored to have been a part of this band.

But I never wanted this. Jeff should have been there. I just held down the fort for him. And @lisaholt777 , your support meant everything to me. Love you after forever. And all my boys in Exodus, you are my family, and this wayward son is coming home! New Exodus is a world destroyer. See you in Europe in February!”