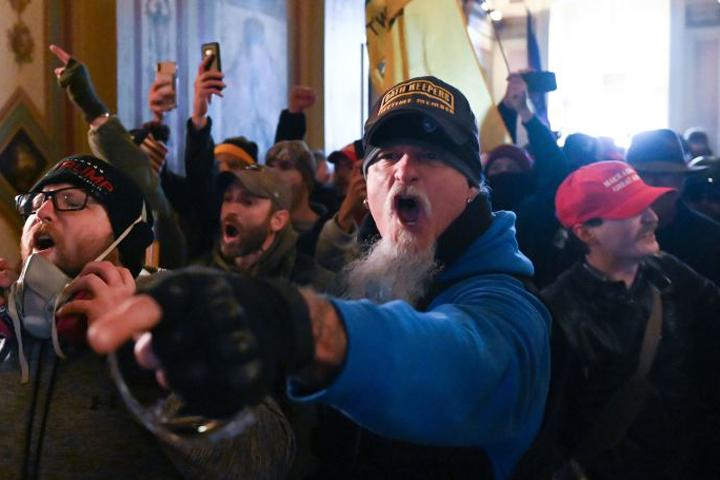 Iced Earth guitarist Jon Schaffer turned himself into law enforcement on Sunday, January 17 after taking part in the Capitol insurrection on January 6. The FBI Indianapolis Field Office has now announced six charges against Schaffer including "engaging in an act of physical violence in a Capitol building. Schaffer was allegedly among rioters who sprayed Capitol police with 'bear spray.'"

The charges are as follows.

Local D.C. police authorities listed him as a "Person of Interest", and the Federal Bureau of Investigation (that's the FBI) had recently put up a post in their "Most Wanted" section, and the photo of Schaffer is among those listed.

Fans of Schaffer also began demanding refunds for his Kickstarter campaign for Wicked Words & Epic Tales, which is "a collection of Jon Schaffer’s lyrics, interviews and a chronicle of the artwork that they inspired."