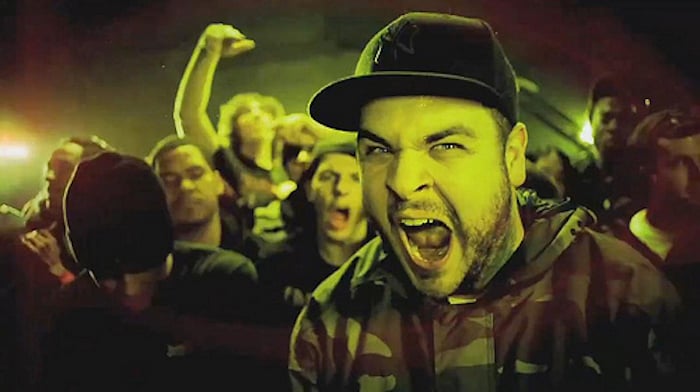 It seems that Emmure's Frankie Palmeri, somebody we've discussed a lot on this website, has emotionally matured. He's set to release a new album with his band sometime this year, and with a new single coming next month, Frankie wanted to warn people that the lyrical content might be different than what they're used to.

"Hanging out with someone who only listens to metalcore made [me] realize why regular people with healthy neuroplasticity don't fuck with that genre of music and gravitate towards pop/rap. Talk about a fucking unnecessary onslaught of bullshit emotions.

"Trust me when I say; I emotionally and spiritually reject almost every lyric I've ever written. It all stems from material pain, a fragile ego, an inability to cope. It's unfortunate anyone has ever identitifed with any of what I've said in my music. A lot [of] people are/were hurting."

This seems to be a part of a growing maturity for Palmeri. In 2017, he said he's grown as a person and was sorry for being a moronic douche. He called the edge lord vibe played out in 2018.

It was only a few months ago that Palmeri was soliciting donations from fans under the guise a fan club, so we'll have to wait and see just how mature he has become.

We've been heavily critical of Palmeri in the past. Like that time  in 2014, he created the tasteful "Ask Your Girlfriend What My Dick Tastes Like" shirt and especially when he thought it was a good idea to release a line of clothing glorifying school shooters.

Josh Miller is out.

It was originally the album opener.