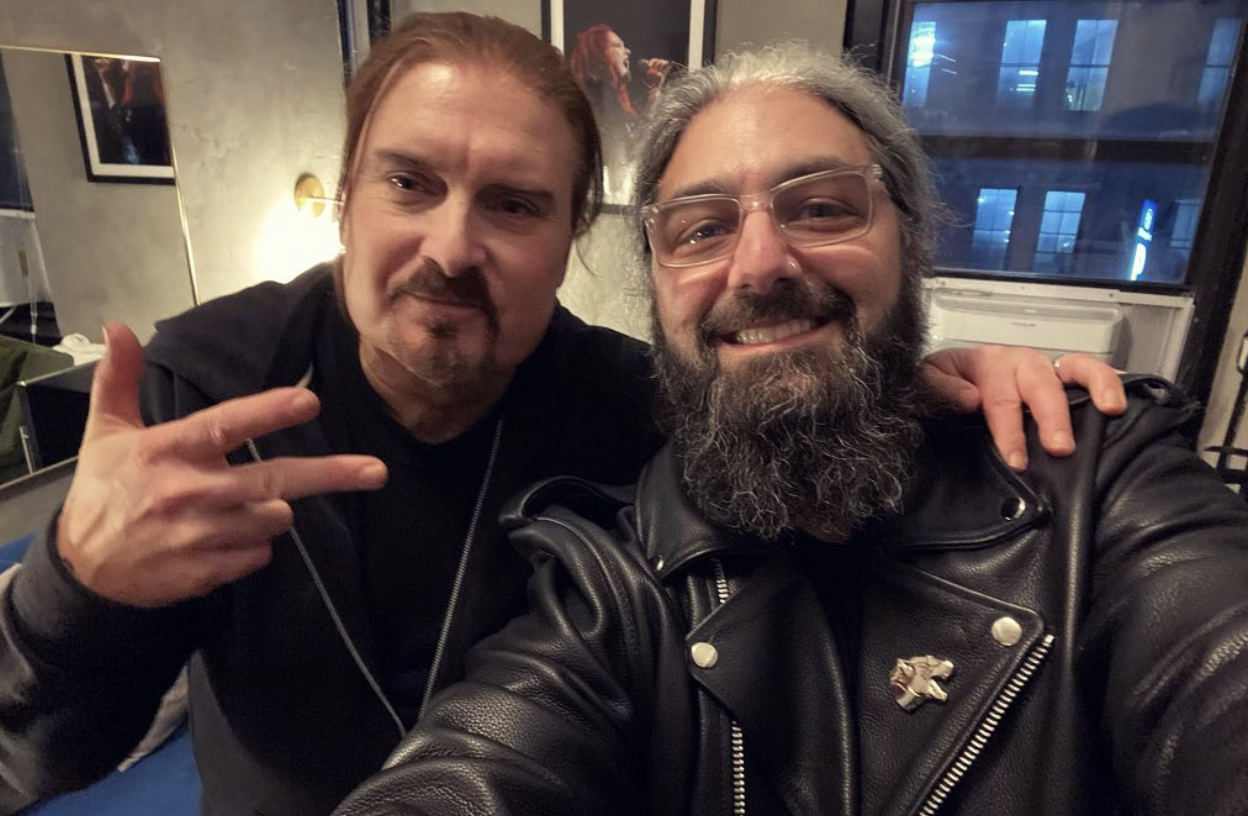 In a new interview with Loaded Radio, Dream Theater vocalist James LaBrie talked about the potential of working together once again with former Dream Theater drummer Mike Portnoy. "I think anything is possible," he said. "Listen, Mike and I are in a great place. We've been texting back and forth from time to time. I wished him a happy birthday; he wished me a happy birthday… So we're staying in touch."

Founding member Portnoy parted ways with Dream Theater in 2010. Portnoy reunited with guitarist John Petrucci for his solo album in 2020, and then with Petrucci and keyboardist Jordan Rudess in Liquid Tension Experiment later that same year. Then this year, Portnoy attended his first Dream Theater show as a fan in New York City and hung with his former bandmates backstage.

“Mike's a great musician," LaBrie continued. "Put it this way: Who knows what the future holds? Maybe there'll be a day and I'll go, 'Holy shit. This track would be perfect to have Mike do this.' Or it might be something that comes from him, from his side. So, we'll see. You know what? I'm open. And that's the thing, is that we're in a really good place now. And yeah, it should have happened a long time ago. But human beings, we have a tendency to [let] our pride get the best of us."

"Hey, listen, just the other day Mike texts me, and he was, like, 'Hey, James, I just wanna congratulate you on the Grammy. You frickin' well deserve this — you and the band. Awesome. Kudos. Bravo,' all this stuff. And I text Mike back, and I said, 'Frick, man. Mike, that's very admirable of you.' I said, 'In my book, that's pretty damn cool for you to say these things.' And he said, 'Awesome, man. Love it.'

"So, it's great to be back. We're talking to one another; we're chatting and all that stuff. And that's the kind of world that I wanna live in as opposed to negativity [and] hate… it's just not worth it." As for new music, LaBrie's long-awaited new solo outing, Beautiful Shade of Grey, is available today through Inside Out Music. You can stream the entire album below.