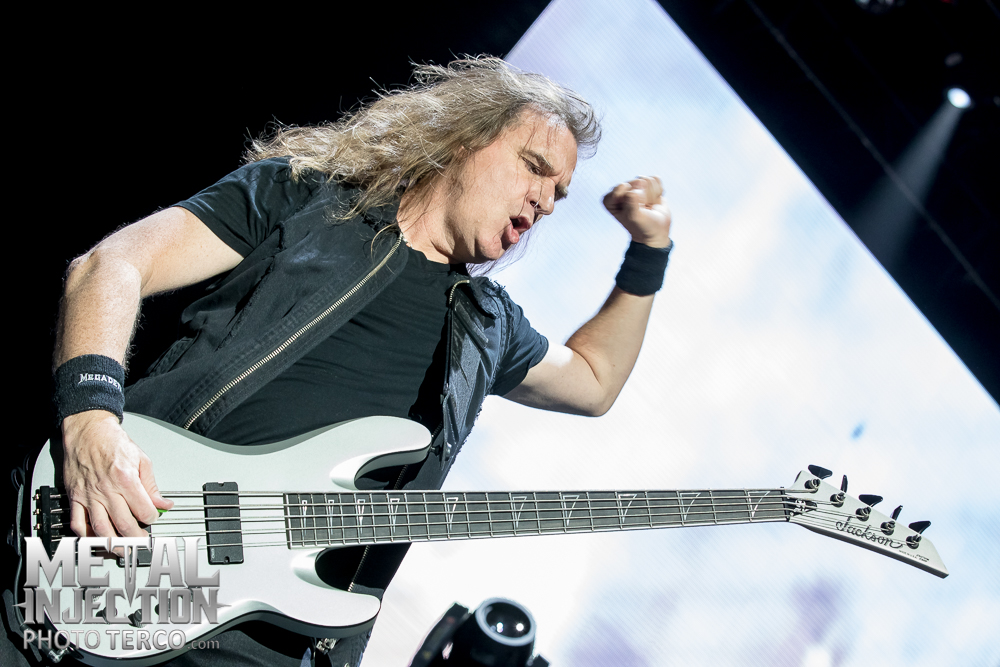 The Big Four of Thrash is Metallica, Megadeth, Anthrax, and Slayer… but what if there was a Big Six? Former Megadeth bassist David Ellefson weighed in during an interview with Yes! You CAN Play Guitar!, saying he'd probably pick Exodus and Overkill as the two to add.

"Well, I think if you opened that gate at all, it'd have to be 'Big Six,' because you'd let in Exodus and then you'd probably let in Overkill. 'Cause you'd have to get a West Coast [band] and an East Coast [band], 'cause I think it starts to go like that.

Ellefson then added that if pressed for just a Big Five, he'd include Exodus. Ellefson also discussed the influence Exodus had a very heavy influence on the Bay Area thrash scene, saying drummer Tom Hunting was the one that may have forced Slayer to be as fast as they were.

"If there was a 'Big Five,' it would be Exodus, for sure, because, look, from them came Kirk Hammett. They were staples of the scene up there. I remember Kerry King telling me, '[Exodus drummer] Tom Hunting's the shit, man. Tom Hunting's the guy.'

"It's my opinion that after Kerry played with [Megadeth in 1984], he met the Exodus guys, he saw Exodus play, he learned how Tom Hunting played, he went home and made Dave Lombardo play like Tom Hunting. [Laughs] That's why Slayer got so fast. Those five shows Kerry did with us that brought us to the Bay Area opened his eyes to, like, 'Wow. This is how it's done.' And then he went back to L.A. and he carried on away from Megadeth and he carried on with Slayer. But he whipped Slayer into shape, 'cause he had seen… 'Thine eyes had seen the glory' of what thrash metal really was from the Bay Area, and that helped Slayer become Slayer."

In this article: david ellefson